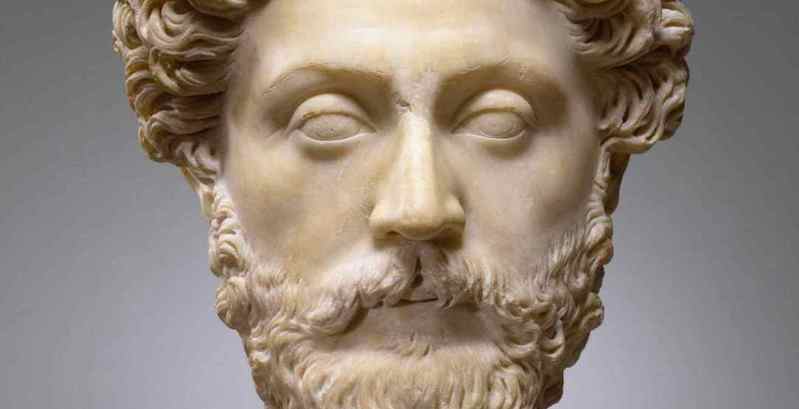 How an Ancient Philosophy Can Help You Through Modern Life

By William B. Irvine

I was flying across the United States and had to make a connection in Chicago. The plane that would have taken me home was delayed by weather. When it finally arrived, we were asked to board, but as soon as we got seated, we were asked to deplane. The plane’s cargo door, we were told, wasn’t working properly. After we had sat in the terminal for 15 minutes, we were asked to reboard, which we gladly did.

Ten minutes later the flight attendant made another announcement. The ground crew had successfully gotten the cargo door closed, but then someone realized that one suitcase hadn’t been put on board. They opened the door to put it in but were then unable to close it again. The minor problem, in other words, had turned into a major problem. The attendant once again asked us to deplane.

Inside the terminal, the gate agent said they were going to get another plane for us, but shortly thereafter he announced that because the hour was so late, no plane would be available until morning. A groan went up from the passengers. He assured us that the airline would put us up at its own expense at a nearby hotel, an assurance that was met with even more groans. I was, I must admit, among the groaners, but then I realized what was happening: the Stoic gods had contrived this event on my behalf, as a kind of challenge. “Game on!” I said to no one in particular.

I did this because I knew from experience that by treating this setback as a challenge— by assuming, more precisely, that the Stoic gods had administered the setback as a test of my resilience and resourcefulness—I could simultaneously reduce the emotional cost of being set back and increase my chances of finding a workaround. At this point, though, some words of explanation are in order.

To begin with, I am not a member of some obscure religious cult. I am a modern adherent of an ancient philosophy. More precisely, I am a practicing Stoic, in the sense that I have chosen to live my 21st-century life in accordance with the strategies for living that were devised 2,000 years ago by the Stoic philosophers Marcus Aurelius, Seneca, and Epictetus, among others.

I am not alone in making this choice. A growing number of people have realized that they lack what the ancient philosophers would have called a philosophy of life. Such a philosophy tells you what in life is worth having and provides you with a strategy for obtaining it. If you try to live without a philosophy of life, you will find yourself extemporizing your way through your days. As a result, your daily efforts are likely to be haphazard, and your life is likely to be misspent. What a waste!

It is important to realize that Stoicism is not a religion: its primary concern is not with our afterlife but with our time spent on Earth. That said, I should add that Stoicism is compatible with many religions, including Christianity and Islam. But here another clarification is in order. Above, I made reference to the “Stoic gods.” I do not believe that these gods actually exist, as physical or even as “spiritual” beings. They are, for me, fictitious entities. By invoking them, I can transform what for many people would simply be an unfortunate setback into a kind of mind game. Doing this lets me respond to setbacks without becoming frustrated, angry, or despondent.

When faced with a setback, we should treat it as a test of our resilience and resourcefulness, devised and administered . . . by imaginary Stoic gods.

Those who dislike invoking imaginary gods as part of a psychological strategy may instead invoke an imaginary coach or teacher; the psychological effect will be equivalent. And those who do believe in God may proceed on the assumption that the setback in question is part of God’s plan for them—or if they are Muslim, part of Allah’s plan—as many Christians and Muslims already do.

In what follows, I will have more to say about the Stoic test mind game and the psychological research that lies behind it, and I will give advice on how best to play the game, but first let me finish my airport story.

We were given hotel vouchers and told to wait for a shuttle bus. We subsequently boarded it and soon arrived at our destination. After waiting in line at the reception desk, I was assigned a room and headed off for what I imagined would be at most four hours of sleep. My room, it turned out, was a long walk and elevator ride from the lobby, and when I opened the door, I saw that it was in a state of disarray.

Had I not been a Stoic, I would at this point have broken into righteous anger: How stupid is this? How dare they? By thinking of it as part of a challenge by the Stoic gods, though, I had a rather different thought: What a clever wrinkle! I hadn’t seen this coming. Well played, Stoic gods! I retraced my steps back to the front desk and explained the situation to the clerk.

Had I gotten angry at him, everyone, including the clerk, would have understood. But would getting angry have been worth the price? Clearly not, if what I valued was my equanimity. It also helped me stay calm to think of the clerk not as a malicious person but merely as a bit player in this challenge that the Stoic gods had devised for me.

The clerk gave me the key for a room that, he assured me, “ought to be clean.” This prediction turned out to be correct. I got what sleep I could and went down in the early morning to board the shuttle that was taking us back to the airport. It carried mostly passengers from my canceled flight, and they spent the ride trying to top each other in their complaints about the airline, the airport, and the hotel. As I watched all this, I felt lucky not to be sharing their disgruntled state of mind.

What, I wondered, would the American pioneers have thought of us? They might, during their lifetime, have crossed the country, but their journey would have involved wagons, weeks of discomfort, and perhaps encounters with (understandably) hostile Native Americans. Yes, the seats on those wagons would have been roomier than modern airplane seats, but many pioneers would have walked instead of ridden. These walkers might have wanted to avoid putting any additional strain on their already-overloaded wagons. Or they might simply have preferred walking to being jostled around by the wagon’s bumpy ride.

Back then, after all, there were no superhighways; indeed, in many places there were barely even rutted roads. Oh, and not to be forgotten, on this many- weeks-long journey, there would have been neither toilets nor toilet paper! What we modern fliers were experiencing, even with our recent setbacks, would to them have been a miracle. And yet here we were, whining about our discomfort and life’s unfairness.

Our replacement plane took off and landed without further incident. At my home airport, I found my car where I had left it—whew!—and drove to my house without encountering any figurative or literal roadblocks. On arriving home, I concluded that the test was over, so I graded my performance. I had done quite well, I thought, in remaining calm and collected despite the various provocations I had been presented with. I therefore felt victorious. “Chalk one up for me,” I said to no one in particular. It was unlikely, I thought, that my fellow passengers emerged from our stranding with this upbeat attitude. I have used this setback-response strategy on many occasions, with similar results.

For many of us, becoming frustrated or angry is the natural response to not getting what we want—getting angry is just what we do. Fortunately, an alternative response exists. It is both easy to use and remarkably effective. I call it the Stoic test strategy: when faced with a setback, we should treat it as a test of our resilience and resourcefulness, devised and administered, as I have said, by imaginary Stoic gods. Their goal in throwing these curveballs our way is to make our days not harder but better. This statement is, I realize, paradoxical, but I will explain why we should be thankful for being tested in this manner.

The Stoics realized that we have considerable flexibility in how we frame the situations we experience.

As its name implies, the Stoic test strategy was invented by the ancient Stoics. Yes, the Stoics were philosophers, but in the ancient world, philosophers wore many different occupational hats. Besides doing what we today would think of as philosophy, they also did physics, biology, mathematics, logic, and psychology.

Their contributions to each of these fields were significant, but the Stoics’ contribution to psychology is particularly impressive; indeed, the Stoic test strategy is based on their appreciation of a phenomenon that has been rediscovered by modern psychologists, who christened it the framing effect: how we mentally characterize a situation has a profound impact on how we respond to it emotionally.

The Stoics realized that we have considerable flexibility in how we frame the situations we experience. They discovered, more precisely, that by thinking of setbacks as tests of our character, we can dramatically alter our emotional response to them. We can, in particular, develop our ability to stay calm, even in the face of very significant setbacks, and this in turn can have a dramatic impact on our quality of life.

Many people, I should add, have an incorrect perception of the Stoics. They think of them as emotionless beings whose primary goal was to stand there and grimly take whatever life threw at them, but this was not the case. Their goal wasn’t to banish emotion but to minimize the number of negative emotions—such as feelings of frustration, anger, grief, and envy—that they experienced. They had nothing against the experience of positive emotions, including delight and even joy.

We should think of the Stoics not as grim individuals but as eternal optimists who possessed a profound ability to put a positive spin on life’s events. Rather than experiencing frustration and anger on being set back, they might experience no small measure of satisfaction on successfully dealing with the challenge presented them by that setback.

It is tempting, at this point, to describe the Stoics as patient people, and indeed they were, but a caveat is in order. In one sense, a patient person is one who can suffer a setback without complaint. This is not, however, what the Stoics were doing. Their goal was not to remain calm while suffering a setback but rather to experience a setback without thereby suffering. It is an important difference. 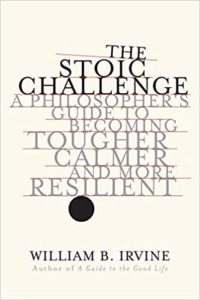 From The Stoic Challenge: A Philosopher’s Guide to Becoming Tougher, Calmer, and More Resilient. Used with the permission of the publisher, W.W. Norton & Company. Copyright © 2019 by William B. Irvine.

William B. Irvine is professor of philosophy at Wright State University. The author of seven books, including The Stoic Challenge and A Guide to the Good Life, he has also written for the Wall Street Journal, Huffington Post, Salon, TIME, and the BBC. He lives in Dayton, Ohio.

James B. Stewart on Going Inside the "Deep State" 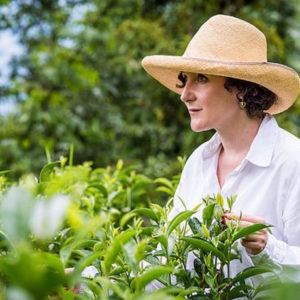 I should warn you, drinking too much tea can make you high and reckless. I have seen chefs bouncing off the walls of my tasting...
© LitHub
Back to top
Loading Comments...