On the Quality of Genius, Across Species

Nerve impulses sprint along neurons at up to 400 km (250 mi.) per hour as we read and think, monitoring our heart and lungs, tensing and relaxing muscles and managing the motion of our gut. Trillions of these signals conduct the mechanical tasks of life, manage incoming information and extract order from a blizzard of thoughts.

We are our nervous systems. Although we cannot explain how memories are archived, nor how we draw on them, there is no doubt that the brain accesses stored information about a particular bird, for example, when we think “bald eagle.” The fact that eagles are recorded in the brain is important for comprehending ourselves. Nobody believes that images of birds come to us from anything other than the brain.

By extension, it is evident that human essence—every single thought—lives in the brain and dies with it. Slowly but surely, science has relegated the arguable philosophical concept of the soul to the backwaters of theology. All experience comes to us via the movement of chemicals in our nervous systems.

Human brains are among the most complex computational devices crafted by evolution. Cleverer than cows and chimpanzees, we stride around as self-proclaimed sovereigns and the rest of nature trembles. A good deal of the sophistication of the human brain lies in the outermost layers of its convoluted surface.

Our consciousness and power of language come from the signaling between the 16 billion neurons organized in this spongy cap called the neocortex. This structure is a distinctive feature of mammalian anatomy, which makes it a relatively recent innovation. (The term “neocortex” is often simplified as “cortex” and this synonym will be followed as we proceed.) Reptiles and older groups of animals cope without this add-on.

Shrew-like creatures called tenrecs that live in Madagascar and parts of mainland Africa are thought to resemble the earliest mammals. Tenrecs have a very meager cortex that has a smooth surface and is not organized into the clear layers that we can see in slices of human brains. During the evolution of mammals, brain size has increased along some lines of descent and shrunk in others, with the largest brains belonging to elephants and whales. As brain size has increased, the cortex has expanded and developed deep furrows to fit inside the skull.

Without cortical folds, our heads would be as wide as extra-large pizzas. In addition to providing humans with unique facilities of language, the cortex handles abstract reasoning and is partitioned into regions that process information from our sense organs. Fine motor skills—like dicing an onion or writing with a pen—are also controlled through nerve cells that lie in the cortex.

It is a mistake, however, to fixate upon the outer brain as the seat of human greatness. Deeper parts of the brain are responsible for a lot of our experiences and eccentricities. Characteristics like risk-taking, fearfulness, baseline levels of optimism versus pessimism, and sex drive are features of our individuality. These behavioral characteristics are controlled by the limbic system, which is built from regions of the brain stuffed beneath the cortex.

Until we can decode humpback and sperm whale conversations, we can feel singularly proud of the linguistic complexity that we employ to share our thoughts.

This antique brain complex is very powerful and we have to be vigilant to keep spills from its ever-fearful chatter offshore. Intelligence is all very well, but a fear of flying or circus clowns can unhinge the best of us; uncensored behaviors and addictive urges from the limbic system can be ruinous, and our inner demon is perfectly capable of conjuring a cloud of gloominess to spoil a sunny day. “The mind is its own place, and in itself/ Can make a heaven of hell, a hell of heaven,” as Satan says in Paradise Lost (Book I, 254–5).

Other parts of the midbrain construct a model of ourselves and our surroundings. As we walk along a woodland path, the brain generates a virtual forest of visual images of trees and shrubs, the sounds of twittering birds and the scent of spring flowers. The actual forest is made from trees, birds and flowers; our simulacrum is created by electrical impulses that arrive from our sense organs and are decoded in the brain.

Other animals do the same thing. Moths construct mothy versions of the virtual forest using their array of sense organs and brain centers, which begs the crucial question about the specialness of humans. Over the centuries, philosophers have wrestled with a catalogue of gifts that might define our matchless mentality, from toolmaking and tool use to deceptive behavior, self-awareness (looking in mirrors) and imitation, only to be outsmarted by the evident accomplishments of other great apes, and monkeys, dolphins, whales and crows.

A keen sense of humor seemed like a good bet until we examined the cheerfulness of young chimpanzees and found that they express themselves with screeches that probably qualify as laughter. Dolphins do the same sort of thing, and then came the revelation that playful rats chirp at high frequencies when they are tickled by humans.

Language, which is spoken, written and thought in sentences, is the property that has held up best in this genius contest and there is no doubt that our mastery of verbal communication leaves chimps and gorillas in the dust. Rich vocalizations have evolved among whales, but we have been unable, so far, to translate their speech. Until we can decode humpback and sperm whale conversations, we can feel singularly proud of the linguistic complexity that we employ to share our thoughts, both deep and shallow.

Language is the foundation of every other characteristic that seems limited to our species. Returning to the virtual forest, we can choose to imagine that a refrigerator-sized diamond has been placed on the path . . . and there it is! The advent of the impossible gemstone may seem spontaneous, but it begins with an internal conversation. Whales may live wondrous imaginative lives and it seems possible that a bonobo daydreams about mountains of ripe fruit, but the ability to create things that do not exist seems likely to be rare in the rest of nature. Cats stalk birds when they chatter in their dreams, but, without language, they cannot make a deliberate choice to concoct a flock of birds in an empty garden.

This language-based facility for fantasy is the source of our artistic impulses, from painting and tattooing our skin and scratching hieroglyphs on rocks, to music and dance, the seascapes of Turner and the poetry of Milton. From language we developed architecture, technology and science. Without it, religion and more complex social rituals are unimaginable.

René Descartes recognized that chin-wagging was our greatest peculiarity and believed that without it other animals were incapable of thinking, at least in the way that humans think. From the observation that humans think about themselves, he developed the doctrine of dualism that separated the mind or soul, which is doing the thinking, from the physical body that is being thought about.

Stipulating that souls were only found in humans, Cartesian dualism underscored Christian confidence in our specialness. Dualism has served as a philosophical cornerstone for self-satisfaction at the expense of the rest of nature for centuries. Thomas Hobbes, who met Descartes in 1648, thought that dualism was nonsense, and later philosophers, notably Voltaire, regarded the view of animals as unthinking machines as barbarous. The game is over properly, now that minds have been found in insects.

Inside the bristly head of a housefly, Musca domestica, a poppyseed-sized brain thinks its way through the month of the insect’s life. The 100,000 neurons in this little electrical appliance are arranged in distinctive regions dominated by a pair of large optic lobes that plug into the backs of the compound eyes. A lot goes on in the middle of the brain, where a central complex is connected to a pair of stalked structures called mushroom bodies.

Mushroom bodies are present in all insects, as well as spiders, millipedes and marine worms. They were discovered in the nineteenth century by a French biologist, who thought that they might allow some insects to impose intelligent control over instinctive behavior. He based this conclusion on the way that the animals behaved after decapitation, observing that species with the smallest mushroom bodies maintained greatest motor control.

More subtle experiments have shown that the mushroom bodies and the surrounding lobes of the central complex serve as a station that directs responses to odors. Mushroom bodies are crucial for learning and memory, allowing insects to recognize smells and move towards or away from them. Mushroom bodies have been compared with the tectum in the human midbrain, which handles information from our eyes and ears, as well as the cortex.

The flying speed of the housefly is a modest 6 km (4 mi.) per hour, but with its wings beating at 300 times per second, the animal can travel up to 24 km (15 mi.) and land upside down on a ceiling with a deft half-roll. These aerobatics outwit an exasperated human wielding a million-fold-larger brain and a rolled-up newspaper. The insect follows its predator with 4,000 hexagonal lenses in each of its compound eyes, senses the change in air pressure with its antennae, and moves beyond reach one-hundredth of a second before the newspaper slaps the wall.

Flies gather more images per second than humans, stretching time so that they have an opportunity to survey the approaching newspaper and take evasive action when its path towards them is certain. Time may seem to pass more slowly for insects. The female mayfly has the briefest life as an adult, during which she is tasked with finding a mate, mating and laying eggs inside five minutes. Her summer holiday is enjoyed in the fifteen seconds she takes to clean her wings and luxuriate in the warmth of the afternoon sun: carpe secunda.

Organ pipe mud dauber wasps are beautiful insects whose sapphire bodies and wings sparkle in the summer sunbeams of Ohio afternoons. They patrol individual territories in my garden for weeks, cycling back to the same spots repeatedly to catch and paralyze spiders that serve as live larders for their larvae. The richness of the subjective experiences involved in this hunting behavior challenges the long-standing view of insects as unthinking robots.

The wasp venom robs the spiders of muscular control. The spiders retain their decision-making mechanism but lose their ability to act on the impulse to run away. It is tempting to empathize with the prey and also to imagine the rich mental life of the predator.

Perhaps the wasp is joyous when she is pumping her venom into the spider; the spider is almost certainly troubled by its circumstances—he thinks about moving, but his legs do not cooperate. Even if we regard insects as more robotic, or predictable, than ourselves, they certainly offer a model for the wider consciousness that we accord humanity. 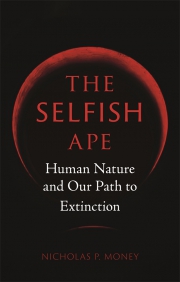 Nicholas P. Money is Professor of Biology and Western Program Director at Miami University in Oxford, Ohio. He is the author of many books on science including Mushrooms: A Natural and Cultural History (Reaktion, 2017) and The Rise of Yeast: How the Sugar Fungus Shaped Civilization (2018).

When Stephen King is Your Father, the World is Full of Monsters 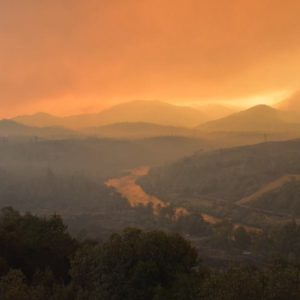 My evening commute takes me north on Highway 280 towards San Francisco. One hundred and fifty miles to the east, Paradise...
© LitHub
Back to top
Loading Comments...