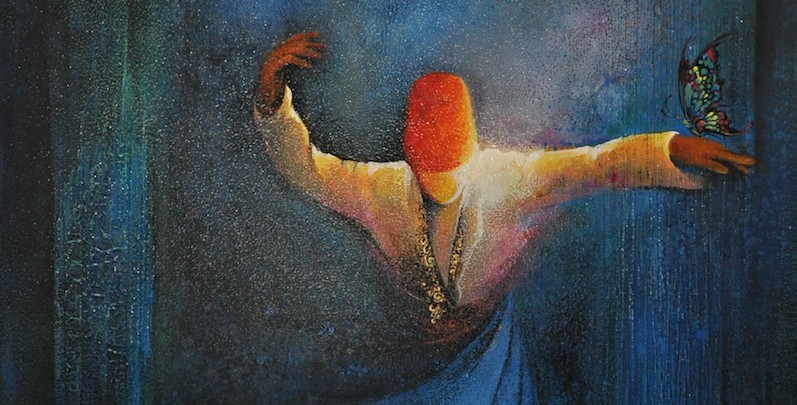 Brad Gooch on One of the World's Great Poets

Rumi was a master of the one-liner, or, in the parlance of classical Persian poetry, pearls. Of all the one-line pearls he strung into ghazals—short, intense lyric poems about as long as sonnets—my personal favorite, at least this month, as they are always on shuffle in my brain, tells much about the source of all the others, the irritant in the oyster: “Out of love for you, every strand of my hair turned into lines of poetry.”

Rumi was the soaring poet of love, the impassioned preacher of a religion of love, as well as the suffering martyr of love, writing of a felt experience of separation that might best be compared to torture. Says the voice of love: “I pulled you out of one fire / To push you into another.”

Provoked into a frenzy of love and poetry in his late thirties, Rumi then composed within three decades over 3,000 ghazals, 2,000 robais (the four-line pithy rhymes that made his near-contemporary Omar Khayyam famous in the West in the 19th century), and a six-volume spiritual epic in couplets. Mostly about love. Yet the question “What kind of love?” still defies any answer that could be checked in a box on a quiz.

The event that triggered Rumi’s transformation from scholar and preacher into poet and lover was the appearance in his life—or even more exactly, ensuing disappearance from his life—of Shams of Tabriz, an itinerant mystic traveling the Middle East, about twenty years Rumi’s senior. Though the pair didn’t fit the model of older, wiser Sufi sheikh and beardless young disciple, Shams did encourage the already successful religious teacher to leave behind wife, family, and students, for months at a time, to trade in his prayer beads for a reed flute, and learn the ways of poetry, music, and a trance-inducing whirling dance.

Just three years later Shams left without a trace. Rumi coped with his grief teetering on madness by creating odes about love and loss that led him to refashion Persian poetry. He used the template of the ghazal, traditionally a love poem about young men—curly-haired wine servers or Turk soldiers—to write about his spiritual mentor, in such verses as “Where did my handsome beloved go?” or “Last night I was aching with love for Shams al-Din.”

Another convention of Persian poetry was a pen name, or takhallos, worked by a poet into a last line, like a tag, or signature. Rumi boldly chose as his novel takhallos “Shams of Tabriz,” implying that Shams (or Love itself) was truly the author.  In the earliest manuscripts, these ghazals were gathered as “The Collected Poems of Shams of Tabriz.”

Rumi’s poems are designed “both aware and unaware,” as he admits, to bend the intellect of anyone who tries to read them.

These love poems to Shams (whose name in Arabic means “sun”) were not simply to Shams, though. They were as often as not to God, the sunlight of the world. When Rumi imagines himself as a pen in the hands of the beloved, a saint of negative capability, “writing this way tonight and that way tomorrow,” he seems in thrall to Shams of Tabriz, the only true begetter of his ghazals. Yet in the same poem when the mesmerized pen prays, “I surrender. You know who I am, O Lord,” and feels scraped “across a single sheet of the world,” we are in the midst of cosmic God talk.

Such spinning is essential to Rumi’s work. According to a biography in verse written by his son Sultan Valad, after searching for over a year for absent Shams, while composing some harrowing verses, Rumi came to a moment of clarity in Damascus: “Since I am he, who am I seeking? / I am the same as he… / Surely I was looking for myself.” This wise insight allows him to return to his pulpit, though more as mystic and holy man than scholar. And to eventually evolve to writing the more measured masterwork of his later years, the Masnavi.

Rumi’s poems are designed “both aware and unaware,” as he admits, to bend the intellect of anyone who tries to read them: “The mind cannot fully explain such contraries, / A kind of artful artlessness, a marvelous form freely formed.” The love he sings dare not speak its name because its contrariness as both divine and human makes it impossible to voice except in double talk.

In one of the more beautiful passages in world literature—as well as a concise definition of Emily Dickinson’s advice to “tell it slant” in poetry—Rumi recites in his Masnavai the Quranic tale of Zuleikha, an Egyptian woman in love with the Hebrew Joseph, and her need to speak of him in poetic code: “And when she piled up a hundred thousand names / Her desire and intention was always Joseph’s name.” In this teaching poem, he is discreet about using Shams’ name, and, like many mystic poets, terrified of using God’s: “I blush when I call love human. / I fear God too much to say that God is love.”

The trick in understanding the meaning of love to Rumi is that the reader simply needs to fall in love while reading his poetry, and to be changed by the exercise of oscillating in a single line between the pangs of romantic love full of the scent of a lover’s curls and the romance of spiritual longing. Rumi’s ideal reader—or “lover,” or devotee of his “religion of love”—will then come out on the other side, he hopes, swooning, and having learned to hold two centripetal thoughts—of human love, and of divine love—in his or her heart at the same time.

You can read one of Brad Gooch and Maryam Mortaz’s translations of a Rumi poem here. 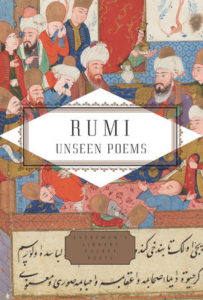 A Poet's Case for Wasting Time 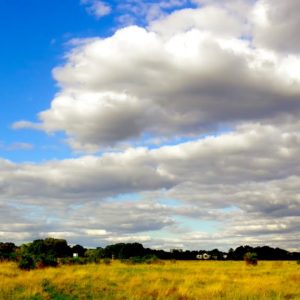 A Poet's Case for Wasting Time

One of the lesser-known songs in the extensive corpus of Yasiin Bey (FKA Mos Def) is a masterpiece produced by DJ Honda entitled...
© LitHub
Back to top
Loading Comments...