TODAY: In 1892, American writer and journalist Janet Flanner, who served as the Paris correspondent of The New Yorker magazine from 1925 until 1975, is born.

Invisible Man, The Color Purple, the Tintin series, and more rapid-fire book recs from Viet Thanh Nguyen • New books by Kazuo Ishiguro, Samuel R. Delany, and Kevin Brockmeier all feature among March’s Best Sci-Fi and Fantasy • Song of Solomon, American Pastoral, The Sound and the Fury, and more rapid-fire book recs from Robert Kolker • Megan Nolan’s Acts of Desperation, Imbolo Mbue’s How Beautiful We Were, and Walter Isaacson’s The Code Breaker all feature among the Best Reviewed Books of the Week

Erika Englehaupt finds out which are the most murderous mammals • Donna Leon on 30 years of Inspector Guido Brunetti • Rum, calypso, and crime fiction: Crime and the City heads to Trinidad and Tobago • Emma Southon on the invention of murder in Ancient Rome • Christine Feehan recommends the best movies about genetically engineered soldiers • Steve Goble wants everyone to give Wilkie Collins’ lesser-known works a chance • JT Ellison on eight novels of obsession, set against a Mediterranean backdrop • Sarah Penner on six deadly poisons used in Agatha Christie’s works • Melissa Colasanti with six deliciously duplicitous female characters in thrillers • Dan Davies asks, why does just about every country have its own favorite scam? 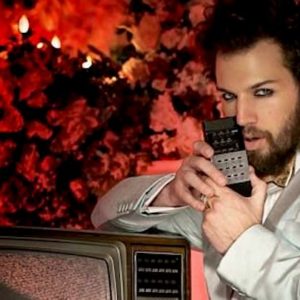 Recently, I’ve started watching America’s Next Top Model, which is a show about discomfort; a show where contestants...
© LitHub
Back to top