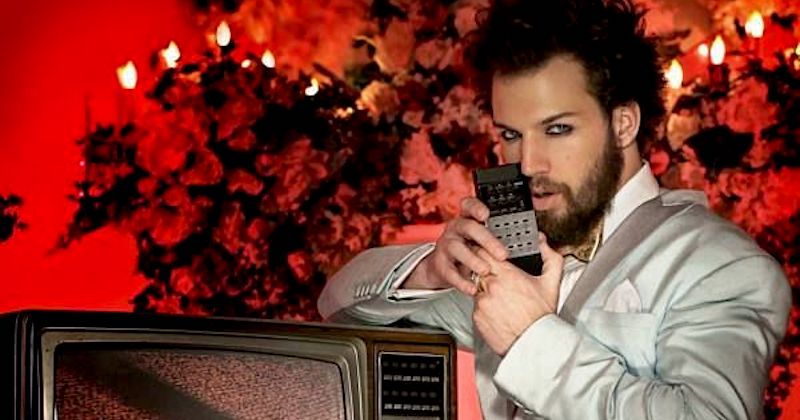 Recently, I’ve started watching America’s Next Top Model, which is a show about discomfort; a show where contestants are forced to hold snakes and spiders and withstand darkness and rain and hang upside down like bats and leap from skyscrapers. The central question of America’s Next Top Model is: Are you nervous? The winner is the best at managing their fear.

Most memorable moments on America’s Next Top Model take place outdoors, in the elements. But one particular indoor moment has stuck with me: in episode 2 of season 20, the contestants take part in alternative wedding-themed shoots. Here, model Phil Sullivan is critiqued for his portrayal of a man who is married . . . to a remote:

Why does this stick with me? Its absurdity and unfairness. They made the man pretend to marry the remote and then punished him for it. The critique: “It’s not very convincing that you’re married to the remote.” Of course it’s not convincing! Other models got to marry each other. He got to marry a remote.

The remote is not even wearing a little veil or dress. How could a viewer ever understand the man is marrying the remote?

The judges blame Phil for failing at the impossible task: it was his fault for not loving the remote enough, and now all his fans are disappointed in him for marrying the remote incorrectly. He is slammed for not being “limitless.” As it all gets pinned on Phil, Phil nods sadly. What else can he do? The judges’ authority is absolute. They will never admit they were mean to make him marry the remote. Phil has been set up to fail by the authorities who have made him marry the remote—but if he notes the central unfairness of having to marry the remote, he will have a bad attitude, which models cannot have, and fail further. This circular trap keeps him nodding. He’s punished for obeying, but he’d be punished for acting out, so he has to accept the fiction the judges are feeding him. It reminds me of this moment from The Trial:

“[The doorkeeper] has been given his position by the law, to doubt his worth would be to doubt the law.”

“I can’t say I’m in complete agreement with this view,” said K. shaking his head, “as if you accept it you’ll have to accept that everything said by the doorkeeper is true. But you’ve already explained very fully that that’s not possible.”

“No,” said the priest, “you don’t need to accept everything as true, you only have to accept it as necessary.”

“Depressing view,” said K. “The lie made into the rule of the world.”

The lie of the remote has been made into the rule of the world. In another challenge, models must walk down the side of a tall building while suspended by wires as rain slicks their shoes and blows them off-balance. One girl falls, so she starts posing in the air. She looks great, the audience cheers wildly, and she is punished at panel for not following instructions.

Anyway, Phil squeaks by and makes it seven more episodes, where he is doused in paint; dressed poorly as a bearded woman; put on a leash and made to lap milk from a saucer. Eventually he is sent home for having a feminine face, and for looking too much like Jesus, due to a weave the judges gave him.