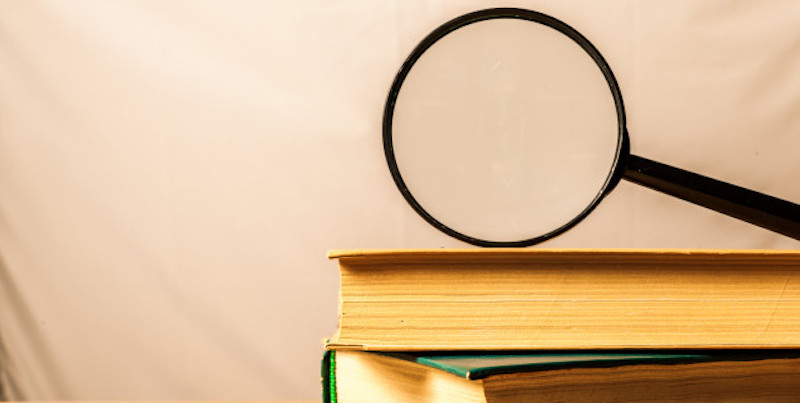 Gabriela Houston on Finding the Right Scale in Fiction

We live in interesting times.

Global events out of our control delineate the new limits of our everyday life. Climate change, global conflicts, economic crises, and, in the last year, the global coronavirus pandemic, are simultaneously overwhelming in scale and stifling in their minutiae of detail.

Most of us are currently forced to live bizarrely insular lives while our minds are constantly pulled towards the grand scheme of things. This conflict, of large-scale events versus individual influence, feels both overwhelming and futile.

And so, the search is on for the cure to that conflicted state of mind. Endless videos and books expound on the elusive concept of “mindfulness” and how we can focus on the everyday in order to stay grounded in our lives. Consciously reducing our focus carries the promise of making us feel like we’re once more at the helm rather than just watching from the shore.

In terms of fiction-writing, I feel the same principle of scale applies. From the distance, we can see how the epic events move the characters like pawns across the board, but without a closer look, where the plot of the grand epic takes over, the protagonists might seem helpless, or in the worst case, lacking agency.

When people unfamiliar with the genre think of fantasy fiction, they often think “epic”: Tolkien’s The Lord of the Rings, or Ursula K. Le Guin’s Earthsea, stories that span years and take their characters on journeys across the borders, over the sea and through the wood, to lands far, far away.

There is much to love in sweeping epics and their grand settings. However, most popular epic novels combine a more intimate style of narration for character development with the larger-scale events that comprise most of the plot. Personally, while I enjoy the great adventures where war and disaster collide with individual lives—such as in the excellent Grishaverse novels by Leigh Bardugo or the novels by Robin Hobb—the elements of their stories I love the most are the small, gradual changes in characters’ internal landscapes, the slowly shifting relationships and bonds built over time. Seeing where they choose to exert control and how they react to the events of the everyday can be a compelling vehicle for how the small scale of things can shape their journey.

Climate change, global conflicts, economic crises, and, in the last year, the global coronavirus pandemic, are simultaneously overwhelming in scale and stifling in their minutiae of detail.

Robin’s Hobb’s excellent Fitz and the Fool books, with their superbly constructed large-scale conflicts and power struggles never failing to thrill, shine the most in the gentleness of the slow-developing relationships between the characters. Nothing there is rushed. Love and loyalty are earned over time, with small gestures often meaning more than heroic acts. The sheer length of her books also helps, of course, to give context to the gradual changes in the impulsive and occasionally selfish Fitz and the aloof Fool. While all the details of the wars and the world-spanning conflicts fade from my mind, the scenes that stick with me are the quiet lessons Fitz receives from his teachers, the horse master, and, later, the royal assassin. His slow-growing attachment to them and their sometimes-reticent reciprocation of those feelings are some of the most convincing and emotional aspects of the series.

In my writing, I’m naturally more drawn to an atmosphere more intimate, to the recording of small changes in the characters as their lives and ambitions collide with the everyday. My Slavic mythology-inspired debut, The Second Bell, is intentionally intimate in scale, exploring the relationships within two very small communities that are essentially cut off from the world. The somewhat claustrophobic atmosphere of the setting allowed me to more closely examine the everyday lives of my characters. For, as much as I enjoy reading sweeping adventures traversing across continents and decades, in my writing I’m most interested in how the small and the gradual changes within the characters’ lives add up to the big shifts.

Though the book was written before the COVID-19 pandemic, I find it interesting how inadvertently relevant to my current situation it feels to be. Though I daily communicate with friends and family from around the world, my personal life is limited to within the area I live. I am now intimately acquainted with all the small paths and roads around my home, every tree and moss-covered wall are closely inspected and acknowledged in the search for variety and novelty. The greater world is still out there, of course, though it, temporarily at least, feels beyond my grasp and only reminds me of how closed-in everything feels to be.

The backdrop to The Second Bell story provides a similar benchmark for scale. The Second Bell is set in a landscape of Alpine-like mountain range, but for the way the characters live, they might as well be locked in a box. The smallness of their lives, set against a land that is imposing and intimidating in its sheer size, is a physical parallel of the condition of minds constrained by fear and shame, unable to see beyond themselves. A character can see the whole world unfurl itself at their feet in a tantalizingly expansive view and yet feel trapped.

In The Second Bell, the characters are ruled entirely by the pervasive power of superstition and fear surrounding the myths built up around the strigas, humans born with two hearts. The strigas have unexplored, unknown powers, which brand them as monsters, not only in the minds of the humans who banish them, but in their own consciousness as well. For the strigas, self-knowledge is forbidden. The strigas’ “other hearts” react to fear, anger and joy, and bringing them under control requires great self-discipline and self-denial. Should a striga’s self-control waver, their nature-and-light-defying shadows will betray them to the others. And since the strigas consider their very nature as unambiguously evil and dangerous, any self-discovery is punished for the good of the community.

So the strigas constantly observe their own bodies and learn to react to any sign their self-control is wavering. Their constant observation isn’t only limited to themselves, either. Policing each other—searching for the slightest suggestion that the rules have been breached—becomes an obsession on a mass scale, the very foundation for social interactions within the community. Bringing the narrative camera closer allowed me to register the small shifts in attitudes and actions.

In my writing, I’m naturally more drawn to an atmosphere more intimate, to the recording of small changes in the characters as their lives and ambitions collide with the everyday.

There is an unforeseen parallel between that aspect of the novel and the current real-life atmosphere of lockdowns and pandemic-imposed laws, where the rules designed to protect us interfere with even the smallest of everyday tasks and behaviors. Not hugging a friend and not visiting your mother feels unnatural, and yet it’s a necessary step in order to safeguard the community as a whole. Of course, as with any rules, there will always be people who refuse to adhere to them. This naturally exacerbates the frustration of those who do make the sacrifice, and it encourages a culture where snitching on the rule-breakers is presented as an almost moral imperative.

When we start seeing others as a threat or as self-appointed sheriffs, that further increases the claustrophobic feeling of the pandemic life.

In terms of the narrative shifts, the camera is once again brought closer to the details of the everyday. As our individual worlds shrink, the importance of detail increases. The significance of the small actions is compounded. I am fascinated by the process which allows big changes to come out of the everyday challenges and events, whose importance is only fully grasped in retrospect.

In other words, extraordinary comes from ordinary; a small change leads to a big one. The great grows from the trivial. And much like a novel is written one word at a time, so the characters grow in the space of the individual moments of their lives. 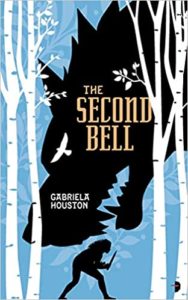 The Second Bell by Gabriela Houston is available now via Angry Robot.

Gabriela was born and raised in Poland, brought up on a diet of mythologies and fairy tales. She spent her summers exploring the woods, foraging and animal tracking with her family. At 19, Gabriela moved to London to study English Literature and obtained a Masters degree in Literatures of Modernity. She has worked as an assistant editor and as a freelance writer. Gabriela’s short stories have been selected for the Editor’s Choice Review by Bewildering Stories and have been featured on the Ladies of Horror Fiction podcast. She lives in London with her husband and two children. 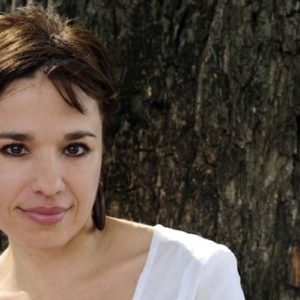 Yuri Herrera—a deeply insightful and innovative writer whose Signs Preceding the End of the World (translated by Lisa Dillman)...
© LitHub
Back to top