Unearthing the Stories of Those Who Escaped Auschwitz

I was in Cleveland, drinking bourbon and ginger, after the funeral of an uncle I had loved. My head was pounding, dusk was falling, and it occurred to me that the sleet in my face was only thing in the world for me right then. I was just slipping out the door, when an agent of fate came out from the shadows and took my arm.

She was holding some papers, a letter, she said, from my dead uncle, datelined “Germany, August, 1945.” She maneuvered me into a side room to read it.

The beginning was charming—my uncle’s war. Visiting Paris, drinking his first “vine blanc,” dancing at a “semi-cabaret.” I stood up, smiled. “Nice,” I tried.

The next time I looked up, she had vanished. It was dark now, the sleet turned to snow, the bourbon was warm, the ginger ale flat. The letter was in fact a tragic one, my uncle having to tell his father “the worst news possible,” as he put it, that his entire family had been killed.

This was not news to me, of course. We’d all grown up with a vague knowledge of this terrible history, but there was something that in fact I hadn’t heard, toward the end: that my grandfather’s brother, Hermann, had escaped from Auschwitz. My uncle had apparently found two girl cousins in a displaced persons camp in Bavaria who had been there with him. “They do know that he escaped,” my uncle had written.

This wasn’t what the story that we had gotten. We’d been told that Hermann, a Czech, had refused to leave, even when my grandfather had gotten him an exit visa, since Czechoslovakia, as he’d written in his last letter, was a “democracy, like America.” Then, because of this fatal miscalculation, he’d been sent like a lamb to the slaughter.

But if he had escaped? If instead of a lamb, he was in fact an underground hero, defying the Third Reich in the very heart of the place? Suddenly the colors of the story changed. What had been ash-gray suddenly had a streak of dark, bright heroic red.

I listened to story after story, and was awestruck that anyone had found the strength to live through and live on.

I flew back to LA. I was in the throes of a book about Brazilian bandits, a long way from Auschwitz. Plus the truth was that Hermann had never been seen again, and would have been dead now anyway, everyone was dead, even the uncle who could have told me who the two girls in his letter were. Now there was no place to begin to ask.

But still, there was the question: Had Hermann escaped? “They knew,” those two mystery girls told my uncle. So soon after the actual events that the name, Auschwitz, hadn’t entered our lexicon. “Auswetz Concentration Camp,” my uncle wrote.

I drove across town to the Museum of Tolerance, which had a library. Maybe I could spend an afternoon, and put the question to bed.

But as I started rifling through the catalogue, a small notice caught my eye—a “survivor” from Auschwitz would be speaking shortly. I thought I might as well wander over, to hear her.

I don’t remember exactly what she said—she wasn’t the most scintillating, the most intense of the speakers. But as I joined the school children afterwards, as we approached to see the numbers tattooed on her arm, I found myself in tears and unable to speak, even to thank her. She looked at me and nodded. She must have seen it before. That response to the whole tragedy, narrowed to a single tribute, mute and tearful, one sunny afternoon.

I started going daily. Some of the speakers were better than others, more dramatic. Among these was the Greek who held an auditorium of Latino schoolkids rapt. They refused to leave, though time was up and the bus was waiting. But the Greek had just gotten to the part where he’d come upon the SS man who’d shot his cousin at Auschwitz. He was chasing him down through the streets of Berlin.

“You catch him?” asked the kids.

“What do you think?” said the Greek.

“How’d you kill him?” the kids were shouting.

The Greek held up his fists—“With these.” He’d been a boxer, he told them. Fifteen years old, when he’d been dragged from his bed in Thessalonika in his summer pajamas, and shipped to Auschwitz, where his whole family was killed. He survived because he was young and strong and lucky. That day in LA, he pulled the SS man’s badges and Auschwitz “money” from his pockets. The schoolkids crowded around him. He showed them his tattoo. They showed him theirs. He was old and small but “still strong,” he told the boys. He showed them some of his boxing moves. They shook his hand, almost as reverent as I was.

I had found my hero.

I found lots of them, all of them actually, among both the “drowned and the saved,” as Primo Levi put it. I no longer saw anyone as a lamb to slaughter. I listened to story after story, and was awestruck that anyone had found the strength to live through and live on. I flipped through the photos of people arriving at Auschwitz, the worried faces, and felt their heroism as they stood on that platform, on their way—as I knew, but they didn’t— to the gas. With their arms around their children, hoping. Heroes all.

It was around them, then, that this book took form, and also, moved into fiction. I found I wanted to tell more than escape stories. Rather, I wanted to take the reader there, as dramatically as I’d been taken, with all the usual paths of escape that we imagine for ourselves blocked: “I would have left home in time. Escaped in the night. Been hidden by friends and neighbors,” and so forth. What I wanted was to put us all on the train to Auschwitz.

There were escapes, about 600, most of them disastrous.

But to do that, I had to tell a whole story, and what I found was that no one witness does. One tells about being expelled from music school in Vienna, another about being caught with forged papers and imprisoned, another about the neighbors—old friends—watching as they are thrown from their life-long homes.

It is these stories, braided together, that give a full picture, how it happened, how it could have—would have—happened to you. It is this interweaving that makes this book fiction, although there is nothing fictional in these pages. Every detail comes from someone’s firsthand account,

And yes, there were escapes, about 600, most of them disastrous, most of the prisoners recaptured and hung, brutally, Auschwitz-style. Hung a little bit, released, hung again. With their friends or relatives made to stand in the front row of prisoners, watching.

But a few made it out, maybe even Hermann, though confirmation of that proved elusive. Still, I took great consolation from the ones who did get away, including two lovers, Cyla Cybulska and Jerzy Bielecki. She was a prisoner assigned to the laundry, and he was a Polish partisan. It was 1944, and by then, even at Auschwitz, you could see the Russian planes flying toward Berlin, and hear the Russian tanks drawing ever closer. The Polish and Russian undergrounds were active in the camp then, and somehow they’d “organized” an SS uniform for Jerzy and a pass for Cyla. Dressed as an SS, he marched to the laundry with the pass to move Cyla to another work site, outside the camp.

They marched to the gates of Auschwitz. The guard inspected the papers. Saluted and clicked. “Heil Hitler!”

“Heil Hitler!” and they were out. Free, but on the run—they knew the SS would be after them in full force, from the moment they were missed, with their guns and their dogs. “Don’t let them take you alive,” the Russians had warned them, and both Cyla and Jerzy kept cyanide pills close at hand, but this time, these two, speaking Polish and knowing the landscape, made it to safety.

He joined the partisans in the hills, she was hidden by his family, and both survived the war. But rather than reuniting, they went their own separate ways, heartbroken. Each had been told that the other had been killed. His family hadn’t wanted them to marry.

A small betrayal, in that time and place.

But an Auschwitz story in the end. 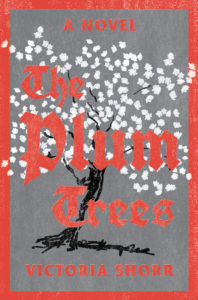 The Plum Trees by Victoria Shorr is available via W. W. Norton.

Victoria Shorr is author of the novels The Plum Trees, Midnight, and Backlands. She cofounded the Archer School for Girls in Los Angeles and the Pine Ridge Girls' School in South Dakota, the first independent, culturally based college-prep school for girls on a Native reservation in America. She lives in New York, New York. 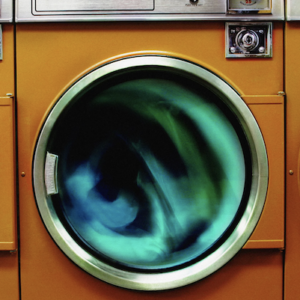 What are we folding when we are folding laundry in quarantine Standing four feet apart, you take one edge of the sheet, I...
© LitHub
Back to top
Loading Comments...