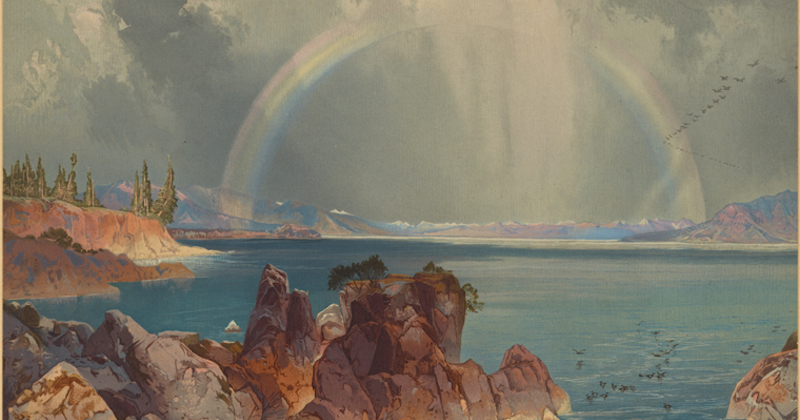 On the Frontlines of the Battle to Preserve the American West

In the mid-1990s, when I had half a biology degree and precious few practical skills, I was hired as a field assistant on a desert tortoise research project in southwestern Utah. Every morning before dawn, I hiked alone over the sandstone to a designated spot. There, I waited until the ground warmed and the tortoise I’d been assigned to watch dragged herself out of her burrow, blinking with what looked like weary exasperation. I spent the next few hours hovering at a distance, sneaking sips of water as I took notes on when and what the tortoise ate. When the day grew hot and the tortoise retreated to digest her grass and flowers, I stumbled back across the burning sand—always suspecting that like the proverbial hare, I had once again lost the race.

It was a strange and wonderful job at a strange and not-so-wonderful time: To help ensure the survival of the tortoise, which was and still is a threatened species, the federal Bureau of Land Management had recently limited livestock grazing on the land it manages in tortoise habitat. Most ranchers accepted compensation for the restriction of their grazing privileges on public land, but a few refused to move their livestock.

One of them was a southern Nevada rancher named Cliven Bundy. As he told The Washington Post at the time, he saw the new rules as a “land grab” by the federal government, and he was “digging in for a fight.”

Dig in he did. In the years that followed, Bundy racked up one million dollars in grazing fines and fees, and in the spring of 2014, when Bureau of Land Management rangers finally began to round up his cattle, Bundy and a crowd of supporters met them with rifles pointed. After a tense confrontation, the agency backed down.

Two years later, Cliven Bundy’s sons Ammon and Ryan led a group of right-wing militants in an armed takeover of the headquarters of the Malheur National Wildlife Refuge in southeastern Oregon, provoking a standoff with law enforcement that lasted 41 days and cost taxpayers an estimated six million dollars. Ammon and Ryan were cleared of all charges, and in 2020, during the early days of the pandemic, Ammon founded the People’s Rights Network, an unholy alliance of militia members, anti-vaxxers, anti-maskers, and conspiracy theorists. The network grew quickly online and off, and by November it had an estimated 20,000 members and chapters in 16 states. People’s Rights members were among the violent crowds that forced their way into the Idaho State Capitol last August and the Oregon State Capitol in December, and Ammon encouraged his followers to go to Washington, DC, for the January 6th rally that led to the storming of the US Capitol. The day after the riot, Cliven signaled his approval on Facebook. “At Bundy Ranch we had a job to do,” he wrote. “We the People went forward and finished the job.”

Cliven and his sons are members of the Church of Jesus Christ of Latter-day Saints, and as historian Betsy Gaines Quammen notes in her recent book American Zion, the family subscribes to a “unique syncretism that blends the legend of the cowboy with early Mormon beliefs.” While the belief system of the Bundys is distinctive, their rejection of secular authority—they recognize no government official more powerful than the county sheriff—has a deep history and many sympathizers, throughout the American West and beyond. And underlying that rejection is another: a refusal to accept that species and ecosystems function on scales larger than individual human enterprise. It’s a denunciation of interdependence, and extinction is its logical result.

My time in Utah led me on a crooked path into journalism, and eventually into writing a book, Beloved Beasts, about the history of the conservation movement in the US and abroad. Modern conservation began about a century and a half ago, after some North Americans and Europeans realized that species were not static and eternal entities but could in fact be driven to extinction by humans; the conservation movement grew up alongside the science of ecology, which recognized the importance of the relationships among organisms and between organisms and their habitats.

The more habitat a species requires, the greater the conservation challenge.

Under the influence of ecology, conservationists gradually broadened their early efforts to protect iconic species like the American bison into a global campaign to protect all species and their habitats—on scales ranging from a single pond to an entire continent. The more habitat a species requires, the greater the conservation challenge, especially now that climate disruption is shrinking many formerly suitable habitats. In the United States, many of the best remaining stretches of continuous habitat lie within the parks, monuments, forests, wildlife refuges, and rangelands that are managed by the federal government on behalf of the public.

The public lands, of course, were not designated as such with ecology in mind. They were seized from Indigenous people, often by force, and beginning in the mid-1800s they were given away to homesteaders in 160-acre chunks. The land not claimed by individuals—the unpromising deserts, the high peaks, the thick forests—became more or less an ungoverned commons, quickly exploited by miners, loggers, poachers, and others. In 1905, President Theodore Roosevelt responded to this free-for-all by creating the US Forest Service and giving it authority over an extensive network of forest reserves, a move that sparked Bundy-like tantrums among Western legislators. (Roosevelt gleefully remembered that his opponents “turned handsprings in their wrath.”)

In 1934, the government belatedly responded to horrendous erosion on the public range by regulating livestock grazing. In the decades since, though determined individualists have periodically rebelled against oversight of any kind, management of the public lands has changed to reflect new science, laws, and public concerns. In this haphazard way, it has gradually acknowledged the existence of ecological relationships, and the grand scales at which some species and ecosystems operate.

It’s these realities that the Bundys continue to deny. Without government-subsidized dams and grazing fees, it would be all but impossible to raise cattle in the arid West, and history shows that without some sort of coordinated management, there would likely be no public range left to graze. Within the Bundys’ cowboy fantasy, though, the public land is theirs to use and abuse at will—regardless of the needs of other people and other species. Just a few days before the Bundys’ standoff with the Bureau of Land Management in 2014, Ryan Bundy spoke at a town meeting near the family ranch. “These large tracts of land that Bureau of Land Management, Forest Service, monuments, parks and, you know, National Parks, et cetera, et cetera, there is no constitutionality to them at all,” he said. “Because this is our property, we own the cattle, we own the grazing rights, we own the water rights, we own the range improvements… If they are going to be out in the hills stealing our property, we will put measures of defense.”

The management of grazing—and of nearly every other activity on public lands—is far from perfect: it is politicized, poorly funded, often poorly executed, and shadowed by genuine historical injustices. Plenty of people think it’s not tough enough. Yet it is also part of an earnest effort to serve the long-term interests of all species, and it continues to evolve. In recent years, Native American tribes and First Nations have led a continent-wide effort to more fully restore the American bison to its former range, founding dozens of new herds on reservation lands. The National Park Service is now working with tribes on a plan that would allow bison to move freely between some reservation and parklands, a step toward recreating the species’ former migration patterns.

There’s beauty in these cooperative efforts, and hope for protecting and restoring the relationships that sustain us all. The Bundys and their supporters, though, seem to believe that their survival depends instead on ruining everything for the rest of us. It’s really no coincidence that the January 6th riots caused the public land around the US Capitol—the National Mall and Memorial Parks—to be closed to the public.

I do have some sympathy for the Bundys’ cowboy fantasy. During the months that I walked alone through the desert, keeping company only with animals and carrying my provisions on my back, I sometimes felt the melancholy joy of being the only human visible, and it was easy to imagine that I was responsible only to myself. There were times that the desolate loveliness of the Red Rock Canyons hit me so hard that I wanted to believe I owned them, that they were mine and mine alone. But they weren’t, and they aren’t, and they never should be. The real beauty of the public lands is in the relationships they require, and in those they make possible. 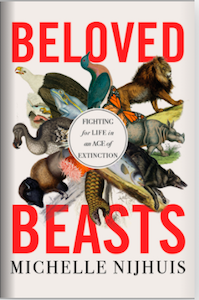 Beloved Beasts: Fighting for Life in an Age of Extinction is available now from W.W. Norton. Copyright © 2021 by Michelle Nijhuis. 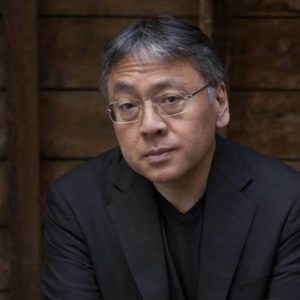