TODAY: In 1903, author of Cry the Beloved Country and anti-apartheid activist Alan Paton is born.

Lynn Steger Strong on the messy, complicated, unapologetic writing of Elizabeth Wurtzel, who died this week at 52 • Tayari Jones on the necessary American history of Ann Petry’s The Street • How Ivan Turgenev’s short stories helped convince Czar Alexander II to liberate the serfs

• Chuck Palahniuk: The first rule of writing is: you do not bore your readers. The second rule of writing is: you do not bore your readers • David Shariatmadari on our love of untranslatable words • Sarah Vallance on the strange connection between brain damage and sex drive • What a beloved dessert reveals about cultural appropriation • Tobias Carroll explores the literary intersection of climate disaster, apocalypse, and folk horror • Sean Adams on the pressures of writing communities • Miranda Popkey talks to Kristin Iversen about life as a narrative • On the mathematical problem of human creativity • T Kira Madden, Rowan Hisayo Buchanan, Julie Buntin and more recall their first Big Yeses • Candacy Taylor plots the uncertain journeys for 20th-century black American travelers along Route 66  • On the renegade ideas behind the rise of American pragmatism • America’s rich history of Nazi-punching • What can an essayist do in the face of massive tragedy? • 15 great books that speak to the lives of middle-aged women • On the restless comedy of Jane Austen’s unfinished novel • Liz Moore has some practical suggestions for finding time to read after becoming a parent • On architect Paul Rudolph’s strange vision of a cross-Manhattan expressway (and other unfinished projects) • At Nancy Mitford’s grave, where romanticism meets reality

Start your new year off right with these 5 new sci-fi and fantasy books • 15 of the Most Anticipated Books by LGBTQ Authors for the First Half of 2020, feat. Danez Smith, Chani Nicholas, Paul Lisicky, Samantha Irby, and more • Jerome Charyn recommends five books that invoke invisibility, from The Metamorphosis to Moby-Dick • Abby Manzella on Charles Chestnutt, Willa Cather, and pop culture podcasts • Kiley Reid’s Such a Fun Age, Liz Moore’s Long Bright River, and David Zucchino’s Wilmington’s Lie all feature among the Best Reviewed Books of the Week

Lizzy Steiner recommends 8 true crime podcasts to listen to in 2020 • Jess Lourey recommends new series for a new year • J.T. Ellison explores the lure of the boarding school mystery • Sulari Gentill on reviving the traditional mystery for a 21st century audience • Wallace Stroby on the noir poetry and doomed romanticism of Cornell Woolrich • Camille LeBlanc looks ahead to the most anticipated crime shows of 2020 • A first novel is a thing to celebrate: rounding up January’s best debut crime fiction • Charles Todd on the long history of rebellious women characters in crime fiction • Paul French on the crime fiction landscape of St. Petersburg • Eliza Casey on capturing the zeitgeist of the early 20th century 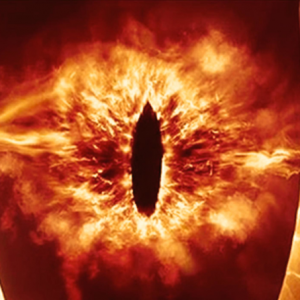