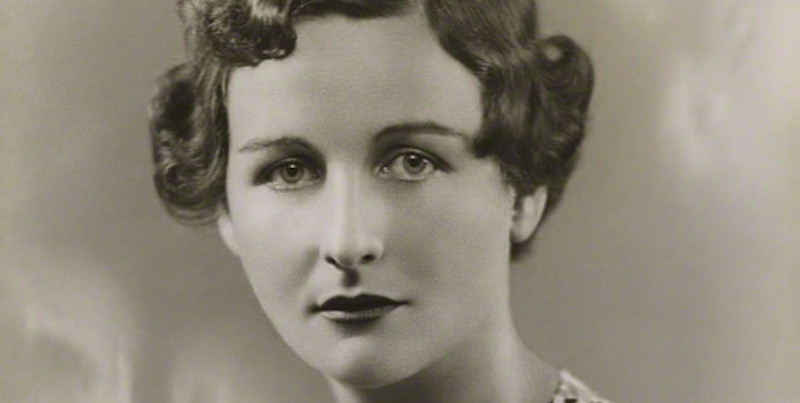 Laura Thompson on a Novelist's Dreams of Beauty and Death

The little grave at Swinbrook church is a sad sight now. One searches for many minutes, eyes wandering over the whiter tombstones, and the shock of finding it is considerable. Can this possibly be right? It is like a grave from two hundred years ago: the grave of a forgotten and anonymous person, of a poor serving girl who died alone and unlamented. It is covered with the thick damp lace of greenish moss, and there are no flowers.

On it are written, in plain script barely legible beneath the decay, the words: NANCY MITFORD, Authoress, Wife of Peter Rodd, 1904–1973. Above the words is carved a strange fat animal, which is in fact a mole taken from the Mitford family crest. Nancy disliked the sign of the cross because she thought it a symbol of cruelty. So her sister Pamela, also buried in Swinbrook churchyard, chose for her the mole, a neat eccentric image that in later life was embossed on Nancy’s writing paper. An aunt of hers wrote to say how much she loved the letterhead: “your charming little golden cunt (Glostershire of my young days for moles, few people now know what it means).” “She’s not in the Tynan set,” Nancy had remarked. Beneath the earth, then, she may be laughing: her favorite thing in the world.

Yet as one of England’s most devout Francophiles she had dreamed of a burial at Père-Lachaise cemetery, “parmi ce peuple”—as Napoleon put it—”que j’ai si bien aimé.” She called it the “Lachaise dump,” but that was just her Englishness coming out. She loved the place. What she no doubt imagined was lying in florid, elegant state between Molière, La Fontaine, Balzac and Proust: a comforting thought, as if death were merely a continuation of her glittering Parisian middle age. As in Dostoevsky’s story “Bobok,” the buried people would simply carry on with the gossipy, deliciously trivial life that they had lived overground. “We’ve already passed enough friends to collect a large dinner party, a large amusing dinner party,” says Charles-Edouard de Valhubert in Nancy’s novel The Blessing, as he walks among the graves with his English wife. And then: “Is it not beautiful up on this cliff?”

Nancy dreamed of beauty around her in death. “I’ve left £4,000 for a tomb with angels and things,” she wrote to Evelyn Waugh ten years before she died. “Surely it’s an ancient instinct to want a pretty tomb?” She also dreamed, in a way that would have amused, but irritated Waugh like a verruca, of a heaven that was really like fairyland, full of the people she had loved, along with sexy men such as Louis XV and Lord Byron—”I look forward greatly. Oh how lovely it will be”—and with The Lost Chord playing. “And an occasional nightingale.”

Nancy Mitford is at one and the same time, and in pretty well equal parts, a complete romantic and a complete realist.

This was something that she said during a radio interview, and obviously it is an enchanting little conversational tease of the kind that she always adored. Yet there is a quality to her voice, as she lingers on those paradisiacal images, that reveals what was always there, and constitutes so great a part of her appeal: the yearning soul within the sophisticate’s carapace: the imagination that can take illusion and make it into something real. Nancy did respond to that idea of heaven as fairyland. And she probably did imagine drifting into death on “waves of bliss,” like those which take Polly Hampton up the aisle in Love in a Cold Climate. But Polly, of course, is not really moving towards bliss. She is making a doomed and farcical marriage with that dirtiest of old men, Boy Dougdale, who has been sleeping with her mother and will later turn pederast. This is the truth, which does not mitigate one jot the shining belief in love that has impelled Polly’s actions: for Nancy Mitford is at one and the same time, and in pretty well equal parts, a complete romantic and a complete realist.

So here is the grave in which she lies. Sombre, dilapidated, rotted in deep unchanging Oxfordshire. No brilliant Père-Lachaise neighbors, no sparkling subterranean potins, just poor brain-damaged Unity Mitford beside her, the sister who put a bullet in her head on the day that war was declared and died from its slow creep nine years later. Some way away from these two, close to Pamela, lie the Mitford parents, David and Sydney, whose only son, Tom is commemorated by a plaque inside the church. Around that dear little stone doll’s house are scattered most of the remains of that rampaging family mythology. Now birds sing above the stillness; rabbits hop softly between the tombs. It is intensely withdrawn, intensely English; a silent reminder of what lies beneath the fantastical cleverness, the Francophilia, the taste for Boucher and Boulle and les gens du monde.

Nancy’s most famous novel, The Pursuit of Love, was the fourth that she wrote but the first in which her voice found full, clear expression, and this is surely because it, too, was rooted in this world, the world of damp and occasionally sunlit country, the world of calmly waiting churchyards set in England’s heart, the world upon which glamour and foreignness impact like a dream of delight. Nancy’s life, then, in a way. When she lay dying in her house at Versailles, whose Frenchness is as absolute as a page in the diary of Saint-Simon, she said to the Duchess of Devonshire: “I would give anything for just one more day’s hunting.” 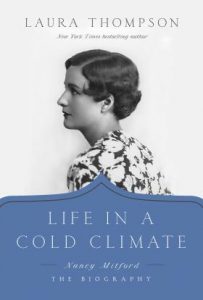 A writer and freelance journalist, Laura Thompson won the Somerset Maugham award for her first book, The Dogs, and is also the author of the critically acclaimed biography of Nancy Mitford, Life in a Cold Climate. Her most recent book, The Six: The Lives of the Mitford Sisters, was a national bestseller.

How to Read After
Becoming a Parent 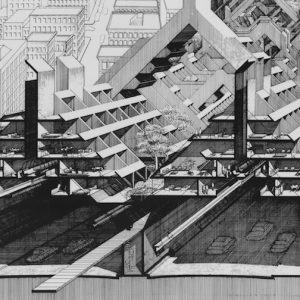