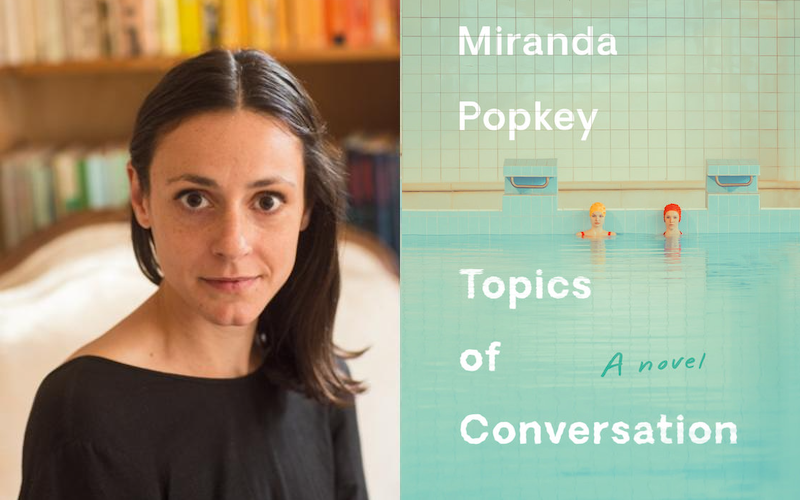 Miranda Popkey: What Happens If You Start Thinking of Your Life as a Narrative?

“How can you look back at your life, that flow of data, and not feel the impulse to shape it in some way?” Miranda Popkey asked me recently, over the phone. It is, she continued, a natural way to try and “arrive at an understanding of why you are who you are.”

It’s also a question that Popkey asks over and over again in her debut novel, Topics of Conversation, in which an unnamed narrator, over the span of many years, interrogates the course of her life through a series of, yes, conversations with other women, on topics like desire, need, identity, agency, power, and womanhood. By tracing the circuitous path of one woman, Popkey reveals the way in which our perception of our past develops as we enter into new stages of our life, and encounter sometimes uncomfortable realizations of who we were, who we are, and who we want to become.

I spoke with Popkey about the perils of making our lives hinge on plot, living in a place of constant desire, and why failure is not as important as what comes before and after.

Kristin Iversen: Topics of Conversation is a cohesive novel with one consistent narrator, but every section is discrete, taking place in different, specific locations and years. Why did you use this structure?

Miranda Popkey: I’ll be totally frank about it, I think of it as both a rip-off and a cheat [laughs]. It’s a rip-off in that Rachel Cusk has done more or less the same thing. When I first read Outline, I remember being overwhelmed and excited by the possibility that this structure represented. Obviously, she’s not the first person who has invented a way to tell a story that is not the three-act or five-act structure, but she did it in a way that felt very natural. Reading it felt very much like being in someone’s head.

It’s also a cheat because, frankly, I don’t know how to write a novel [laughs]—and I say that having written a novel. But I still don’t know how to write what I think of as a real or traditional novel; even within the realm of a short story, I struggle with plot. I conceive of all life as a narrative—to my own detriment [laughs]—but, to me, it’s a story you tell rather than a plot that develops the way that plots develop in traditional novels.

The first part that I wrote, what is now Los Angeles 2012, really unlocked something. I’d been really, really struggling in my MFA program and allowing myself to write more on the page in the way that I speak and think unlocked something that then allowed me to write the rest of it. I will also say that I did not think of this as a novel when I wrote that first section. And it wasn’t until a visiting professor—it was actually Ben Marcus, a man—it wasn’t until a man [laughs] suggested that it be a novel that I thought, Oh, you could do this a number of different ways. You can take this voice and have it encounter a number of different voices in a number of different places and times.

And that too was a real unlocking. In MFA workshops, we’d talk a lot about giving and getting permission. And this is embarrassing, but I think it wasn’t unimportant that it was [given by] a man—which I hate [laughs]—but I’ve been socialized in the same culture that my narrator was, and getting permission to think of it as a novel unlocked a whole bunch of other stuff.

KI: Topics of Conversations addresses the struggle to obtain permission to live the life you want versus the life you have, which is to say that there’s a heated thread of desire running throughout the book. What was it like to live in your narrator’s head while writing about a state of palpable want?

MP: For me, getting to think about this in a concentrated way, getting to think about desire and how desire is formed, about the ways that the forces we are not totally conscious of end up shaping our desires; thinking about that and knowing I was thinking about that and knowing that and trying to tease it out was actually a relief after just being in the soup of it for what felt like my entire life.

I think, like a lot of writers, I’m a person who really figures things out by sitting down and writing about them.

I think I’ve always been thinking about previous versions of me, and what those previous versions wanted, and struggling with the partial knowledge that I wasn’t totally in control of what I wanted and some of the things I wanted were embarrassing or shameful or bad, and not knowing what to do with that and not knowing whether that was something I could or wanted to change.

I think, like a lot of writers, I’m a person who really figures things out by sitting down and writing about them. I’d just been thinking about this stuff for so long, and so getting to write about it was a relief—an opportunity for me to actually dump some of that stuff out of my brain.

KI: Each section of this book offers the women in it the opportunity to tell the story—or a story—of their lives. In one sense, it’s the most natural thing to do, but it’s also inherently artificial, this retrospective construction of our “truth.” Where do you think the appeal lies in creating an identifiable narrative of our lives? Can it help us get to a deeper understanding of who we are?

MP: I once had a troubled romantic-sexual experience with a man who at one point during our not-relationship told me that he did not think of life as a narrative and I was shocked and appalled and, at a basic level, just confused. How can you look back at your life, that flow of data, and not feel the impulse to shape it in some way, so that you can arrive at an understanding of why you are who you are? It turns out that not everybody thinks about their life as a narrative, which is shocking to me.

KI: That is shocking to me.

MP: But because I do think a lot about narrative, I do also fall into the trap that I try to explore in the novel, which is: What happens if you start thinking of your life as a narrative and that limits the kind of places your life can go and the kind of person you’ll let yourself be. My best friend—Zan Romanoff, she’s also a novelist—has been this really wonderful check on my desire to see plots develop in my own life, because you can become kind of a conspiracy theorist of your own life, and you can decide that bad things are going to happen to you because of certain decisions that you’ve made. Not in a “this action has this result or this consequence” way, but in the more traditional novel-plot way, where a person who has behaved badly then has something else related happen to them, because that’s just how the world works—or that’s how plot works.

But the truth about life is that bad people get away with doing bad things, and terrible things happen to good people all the time. And I think [relying on life as a narrative] is also a way of releasing yourself of responsibility, because instead of saying, “This is what has happened in the past, I can make a series of decisions that are congruent or non-congruent with these past decisions,” you’re saying, “Well, the narrative’s been set in motion, I know how this one plays out, I’m just going to wait for it to happen.”

Especially when I was younger, I really did think to myself, Well, things have been set in motion, you can’t fight this. There was a real determinism that I felt: I am going to be used by people. I know how the world works, I’ve seen enough movies, I’ve read enough books, I’m going to be used by people. So, I might as well settle in! I might as well allow myself to be taken advantage of, because if I fight it, the result is even worse. And that’s a really, really damaging way to think of your life.

KI: It is, for sure, but it also speaks to the way in which so many of us are exhausted from not only the constant negotiation of one kind of desire with another kind of desire, but also our hyper-awareness of the limitations within all of our alleged choices. It feels sometimes preferable to just recuse ourselves from all that, since otherwise we might never be able to relax, never be able to exhale.

MP: My immediate thought when you said there’s never going to be a moment to exhale was, well, when we die! [laughs] Exhale forever!

MP: We’re just told our lives are over, we’re failures. And I think it goes beyond failure and also to mistakes. We’re all people who are capable of making mistakes and hurting people and doing things that we will look back on with deep and understandable and correct shame, but I think one of the worst things that can happen in the wake of making a decision that you decide is wrong because, for example, it’s hurtful, is being stuck in that moment and deciding that the rest of your life is going to be determined in that moment. It was really helpful to think about these moments of being important but not less important than the process that comes before or comes after.

The conversations that I have with friends of mine, the moments that are really generative, it’s less that I’m a woman and that my friend is a woman, and it’s more that there’s a certain construction of womanhood that we were both apt to buy into, and that’s been really interesting to dig into and ultimately, hopefully, dig ourselves out of.

On the Mathematical Problem of Human Creativity 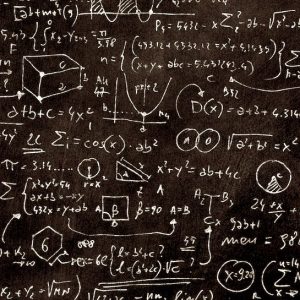 On the Mathematical Problem of Human Creativity

It is often easier to verify a correct solution to a problem than it is to produce the solution in the first place. The P versus...
© LitHub
Back to top