When I was working on my book Why We Can’t Sleep: Women’s New Midlife Crisis, I read a raft of studies and novels and articles about various aspects of middle-aged woman-dom. Some made me furious; others made me laugh. My source materials went from Taffy Brodesser-Akner’s devastatingly great profile “The Big Business of Being Gwyneth Paltrow” (“We are doomed to aspire for the rest of our lives. Aspiration is suffering. Wellness is suffering. As soon as you level up, you greet how infinite the possibilities are, and it all becomes too awful to live without”) to Kate Chopin’s bleak 1894 short story “The Story of an Hour” to the Onion article “Female Friends Spend Raucous Night Validating the Living Shit Out of Each Other.” Here are some books that in one way or another helped me understand this stage of life. 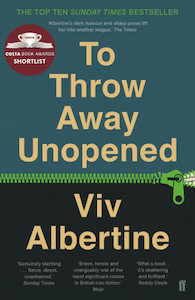 I was asked to review Viv Albertine’s To Throw Away Unopened (2018) for the New York Times, and was so glad I did. I knew her as a musician The Slits, but it turns out she’s also a captivating writer. In this her second memoir, she talks about taking care of her dying mother (“the woman I couldn’t bear to lose or wait to get away from”) while feeling “fed up with adventures, to be honest, knackered.” She winds up delivering a battle-cry for self-assertion that’s just as empowering as the Slits late-70s day-in-the-park video for “Typical Girls.” 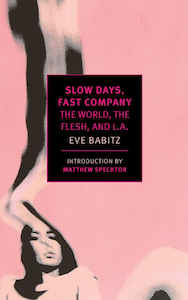 Sultry Californian prophetess Eve Babitz wrote in her essays of lust and freedom, Slow Days, Fast Company (1974), “Women are not prepared to have ‘everything,’ not success-type ‘everything.’ I mean, not when the ‘everything’ isn’t about living happily ever after with the prince (where even if it falls through and the prince runs off with the baby-sitter, there’s at least a precedent). There’s no precedent for women getting their own ‘everything’ and learning that it’s not the answer.” So true. 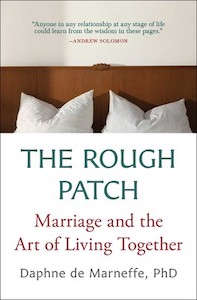 A year or so ago, the Maternal Desire author Daphne De Marneffe came out with a groundbreaking book about marriage in midlife: The Rough Patch (2018). I interviewed her for New York magazine’s The Cut. “All of life has limits,” she told me. “Every decision has trade-offs. Every gain has a loss. I need to construct a life that’s meaningful and works for me. And that’s always going to involve loss, and there are always going to be things I give up. It’s not just that marriage makes you give things up. Life makes you give things up.” Somehow the way she said it I found the sentiment liberating and not depressing. 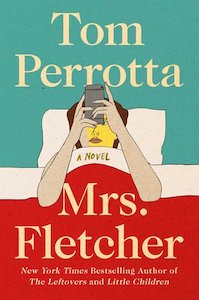 A writer friend of mine gave me Tom Perrotta’s Mrs. Fletcher (2017) and I devoured it. I found it funny and sad and so smart about, among other things, the 21st-century empty nest, which for me is just around the corner. On my way to the Decatur Book Festival that year I was sharing a cab with two people. One I learned was the author of a Gawker post that had prompted this mid-2000s exchange with my deputy editor, Gwynne: “I know this is already a hard day, but I thought you should know that Gawker is talking about your boobs.” The other passenger in our car turned out to be Tom Perrotta. We only talked for twenty minutes or so but he was funny and sad and so smart in conversation, too. 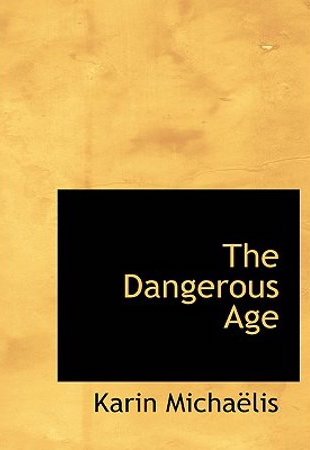 For my book I was tempted to steal the title of Karin Michaëlis’s epistolary novel The Dangerous Age (1910), and maybe I should have because then no one on Goodreads would be complaining that the book didn’t help them fall asleep. But no, it suits this century-old Danish bestseller better. In it, a forty-two-year-old woman runs away from her husband and the rest of society to be alone in a villa and to write with scandalous frankness about her feelings, her longings, and her former neighbors. 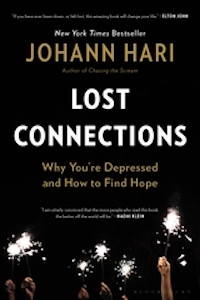 I listened to the audiobook of Johann Hari’s Lost Connections (2018) on a road trip to interview women in Maine and have since given it to some friends who (like me—and one in four middle-aged women!) have taken antidepressants with varying degrees of success. There is an obviousness to the macro argument here: we are estranged from one another and this estrangement often makes us sad in a way that could lie beyond the reach of pharmaceuticals. And yet, his stories and analogies I found persuasive and poignant. 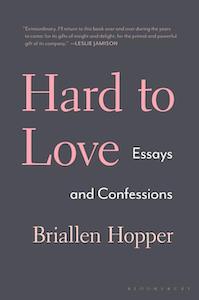 In her essay collection Hard to Love (2019), Briallen Hopper writes with profound intelligence and wit about pop culture, female friendship, and life as a single woman in her forties without children. I particularly enjoyed her advice for someone trying to remain single. She says to send suitors “a Havisham GIF, either Helena Bonham Carter from Mike Newell’s 2012 version of Great Expectations or Martita Hunt from the 1946 David Lean version. (Anne Bancroft from the 90s version is too hot.) If your date tries to keep bantering or flirting, just keep sending Havishams until they stop.” 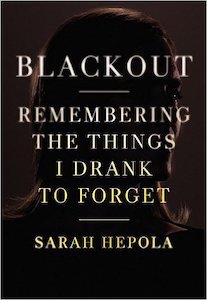 Sarah Hepola’s Blackout (2015) isn’t about being a woman in midlife per se (she is now working on a book about that and I cannot WAIT), but it is about navigating adulthood in sobriety and the inevitable reckoning between the dreams of youth and the realities that follow. I quote Sarah (who I’ve known since our cub reporter days) often in Why We Can’t Sleep. As she told me: [Say Anything’s] Lloyd Dobler’s “unifying philosophy was adorable and original and so-crazy-it-might-work in 1989, but now that guy is sitting on your futon playing Grand Theft Auto in a Pavement T-shirt.” 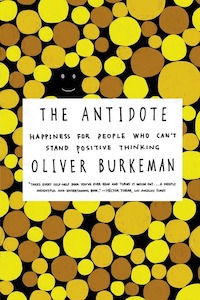 “The effort to try to feel happy is often precisely the thing that makes us miserable,” writes Oliver Burkeman in The Antidote: Happiness for People Who Can’t Stand Positive Thinking (2013). I am here for any book that explains to my why self-help never seems to improve my life or help me feel better. On this tip, my shrink has sent me to, among others, Lauren Berlant’s Cruel Optimism (2011) and Adam Phillips’s Missing Out (2012).

These are the sorts of books I’m reading now as I try to figure out the best way to explain my book in interviews. Everyone wants action items for how to deal with middle age and what supplements to take and I’m struggling to give good answers. I do have a few thoughts on what can make life better or easier but I think the honest answer is more existential. The traditional American dream isn’t dream-able for a lot of people post-Baby Boomers, so maybe what we need most right now aren’t more things on our to-do list but better dreams.

And here are four books specifically about the physical side of things, which doesn’t get discussed frankly: 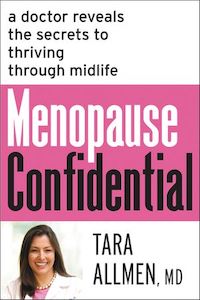 Smart, spunky overview of each major issue the body might encounter during menopause. Encourages use of HRT or other therapies where appropriate to make life easier. I’ve given this to a lot of women my age who were suffering with depression or physical problems. 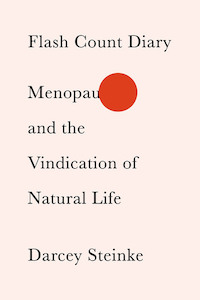 Evocative personal memoir of going through a hot-flash-intensive menopause with no medical intervention, while nurturing an obsession with killer whales, who also go through menopause. 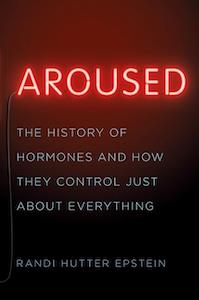 Randi Epstein, Aroused: The History of Hormones and How They Control Just About Everything (2018)

Irreverent, savvy history of hormones, with a great chapter on the hormones involved in menopause and on the controversies around HRT. 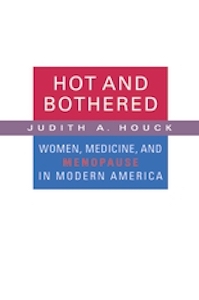 Judith A. Houck, Hot and Bothered: Women, Medicine, and Menopause in Modern America (2006)

Reasoned, witty, and intellectually satisfying history of menopause through the ages. 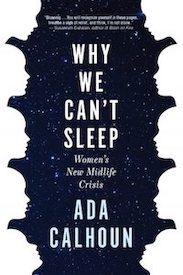 Ada Calhoun’s Why We Can’t Sleep is now available from Grove Atlantic. All rights reserved.

Ada Calhoun is the New York Times–bestselling author of Why We Can't Sleep, St. Marks Is Dead, Wedding Toasts I'll Never Give, and Also a Poet: Frank O'Hara, My Father, and Me, which Vogue calls one of the “Best Books of 2022 So Far.” 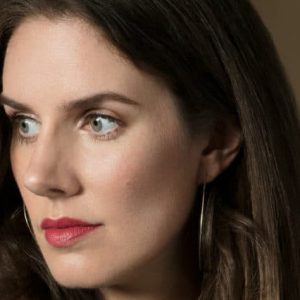 This week on The Maris Review, Leslie Jamison joins Maris Kreizman to discuss her latest collection, Make It Scream, Make...
© LitHub
Back to top
Loading Comments...