For writers, “going viral” means that you have a piece of writing (most likely something that was either initially published online, or at least accessible there) that has been rampantly shared in a short amount of time.

If you’re expecting an exact number of views that delineates the border between “viral” and “nonviral,” we must disappoint you. Virality is relative to different platforms and publications: it means you got a lot of reads. If that happens, you will know. The retweets and shares will start a-piling, the comment section will grow.

You’ll receive both wanted and unwanted comments through your email and various social media platforms. Your article, essay, or op-ed could become a trending topic on Twitter, and part of the cultural conversation at large. In a world in which you go super viral, the literary elite will discuss your publication with insidery succinctness: they’ll talk of “Cat Person,” “That Op-Ed,” your work will be a meme.

Knowing that your writing has been read and shared by thousands of people is exciting, but even more important is the fact that your work has hit a nerve. For Electric Literature’s executive director, Halimah Marcus, “virality means a piece of writing has crossed a threshold of readership well beyond our regular audience. One person shares, then two, four, sixteen, etc. Sometimes it’s because a piece has struck a chord in the zeitgeist, sometimes it’s because Iron Maiden shared our list of the ‘Eleven Best Metal Songs about Literature’ on their Facebook page. Viral pieces on Electric Literature have been everything from feminist essays, to Twitter roundups, to book lists. It’s always fun to watch those numbers climb, but it’s much more satisfying when a substantial essay with challenging ideas catches on, like ‘What I Don’t Tell My Students About “The Husband Stitch,”’ rather than our more playful content.”

“Virality has to be taken as its own high point,” says the writer Haley Mlotek, former editor of The Hairpin and style editor of MTV News. “We don’t write in a void. Having proof of a connection to readers in the immediate aftermath of publishing is really valuable. That being said, it’s a different commitment on the part of a reader to retweet an essay than it is to buy a book. What happens online matters, but it’s hard to know how fair or realistically virality can predict success in publishing.”

For writers who encounter the knighthood of virality, it’s assumed that a book deal can’t be far behind. The article-to-book-deal scenario makes commercial sense: when an author proves that they have a story that is resonating with readers, savvy agents and editors want the writer to keep singing the same song.

Virality usually comes because of something you yourself have written, but once in a while, writers go viral by association.

Book deals do happen after an article goes viral—in 2017, The New York Times’s Modern Love column editor Daniel Jones estimated that 60 book deals had been inked since the column’s founding in 2004. But sometimes an article or essay is really popular and absolutely nothing happens. The writer Andrea Jarrell was inspired to pen a Literary Hub article called “Can The New York Times’ Modern Love Column Change a Writer’s Life?” when a colleague asked her about the impact of her publication in this iconic column. “I knew what she was asking,” Andrea writes in that essay. “Had agents and publishers beaten down my door after the essay appeared?”

If Andrea’s essay didn’t win her a book deal off the bat, it did give her the confidence to write an actual book. “Having such a committed and discerning editor take an interest in my work at the start of my career made me believe that I had promise and encouraged me to keep going,” Andrea writes.

This confidence boost was also experienced by Bethanne Patrick, whose article about her struggles with depression went viral on Elle magazine’s website. Bethanne received hundreds of comments to her article, virtually all of them positive, and the piece went on to be syndicated in other magazines. Bethanne attests that seeing such a positive response galvanized her as a writer.

“The viral component can be really great in supporting you in whatever you’re doing,” she explains. In Bethanne’s case, the thing that she was doing was putting together a book proposal at her agent’s request: he was confident about their ability to pitch a memoir because her elle.com piece had been so widely shared. Referring to herself as “the world’s slowest emerging writer,” Bethanne admits that she wishes the process could have moved quicker—the proposal alone took her six months. (“It’s so much work!” she sobs laughs.)

Virality usually comes because of something you yourself have written, but once in a while, writers go viral by association. The author Jess Row received extra attention for his novel Your Face in Mine, about a man who undergoes racial reassignment surgery to appropriate the appearance of an African American, when the news story broke about Rachel Dolezal, a Caucasian activist falsely claiming to be black, igniting conversations around the country about cultural appropriation.

Although Jess didn’t necessarily see an uptick in book sales, the link between this current-events story and his novel did garner more coverage for his book. Jess started publishing more pieces and was frequently interviewed. “As for outcomes,” he says, “my book is now definitely associated with Rachel Dolezal, for better or worse.”

The great thing about publishing online is that your work can be easily shared. If someone likes what they read (or was moved enough to forward it), it’s easy for them to bring it to the attention of other readers, which increases your clicks, likes, and page views. But the more attention your work receives online, the more vulnerable you are to public commentary about it. Not all of these comments are going to be pleasant.

Everyone has a different way of engaging (or not engaging) with negative commenters. Personally, I find ignorance works like a charm here, so I don’t read the comments section of anything I publish online. But some writers will feel obliged to follow up with readers, perhaps because their piece positions them as an advice-giver or an expert on a topic, or simply because their work now exists in a public space, and as their piece’s parent, it’s up to them to come to its defense.

Some writers might decide to disable comments: this was the case with Bethanne Patrick, whose essay about depression went viral on elle.com. Others enlist their friends as editors and buffers. The writer Anna Goldfarb has friends scan her comments sections to let her know if there is anything meaningful that requires her attention, while Patty Chang Anker asked friends to come to her defense when her anti-tiger-momming article went viral and attracted the wrath of one particular man who raged on and on about her “lazy” parenting.

Some writers fight their trolls with humor—it’s worth noting that most people in our fight-back camp are men.

“They replied to his comments and supported my position,” Patty explains about her friends’ enlistment. “This was one of my first experiences having my writing read widely, and I was particularly sensitive to what people thought of me and my family. It definitely helped me feel less vulnerable and braver about putting myself out there. Friends are inoculations—you might still get attacked but you feel less pain!”

Over at The Millions, staff writer Michael Bourne says he regularly gets called “an idiot or worse” about his published pieces, a line of argument he doesn’t pursue unless he “can clear up some obvious misconception that seems to be driving the discussion in a stupid way.” This being said, Michael has female colleagues who have felt legitimately threatened by their online trolls.

When commentary crosses the line into harassment, Michael suggests asking your editor to either block the commenter or have that same editor reach out privately to the commenter to de-escalate the situation. “Even though comment exchanges are by their nature public,” says Michael, “they can feel private to the people involved in them. If you pierce that privacy by sending them a personal message, it sort of helps them see what they’re doing—if they’re not actually insane, that is.”

Some writers fight their trolls with humor—it’s worth noting that most people in our fight-back camp are men. When a commenter using the social media handle “NCAA CLACK! Stan” accused author Michael A. Ferro on Twitter of “being a fucking Yankee from Ann Arbor” who knows “nothing” about biscuits in response to satirical commentary about . . . baseball, actually, Michael tweeted back, “Sir, my father worked in the Ann Arbor Biscuit Mines for 30 years. His father founded Ann Arbor with just a divining rod and handful of biscuits. My ancestors came to this country on a giant floating biscuit. I think I know a thing or two about biscuits.” According to Michael, these literary flourishes proved too much for NCAA CLACK! Stan, who disappeared into oblivion shortly after this tweet.

In another example of good humor fighting bad, the author Tom Zoellner engaged so vibrantly with a critic of his book about the history of train travel that he got the naysayer to take him out for a steak dinner while he was in Virginia. “Dinner never tasted so good,” Tom writes.

Women, and other marginalized writers, aren’t often in a position where such humor works, nor would many of them feel safe dining with a troll. Author Kristi Coulter was so bullied by misogynist online commenters after her personal essay about sobriety went viral that she set up a Gmail filter that autodeletes emails with gender-specific slurs (she provided “feminazi” as an example), complete with combine-keyword searches known as Boolean strings.

“‘Hope and raped,’” wrote Kristi, when asked for an example of such a linked search term, “because an email using ONE of those words could be just fine, but an email using BOTH was likely to be wishing rape on ME, and I only needed to see a couple of those to want them out of my inbox.”

Misery loves company, and writers who receive bad reviews deserve companionship. Accordingly, you might enjoy the interview series Thick Skin, in which authors discuss their most negative reviews from critics and strangers alike. 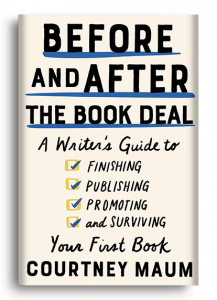 From Before and After the Book Deal. Used with the permission of the publisher, Catapult. Copyright © 2019 by Courtney Maum. Featured painting by Ivar Rodningen.

How Did Elizabeth Wurtzel Survive Us? 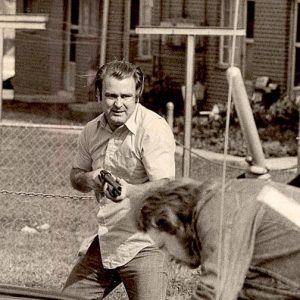 If antifascist politics have been important to comprehending the course of US politics, it is crucial to understand their...
© LitHub
Back to top
Loading Comments...