TODAY: In 1921, The Cervantes Theatre in Buenos Aires opens with a production of Lope de Vega’s La dama boba.

Hari Kunzru is never, ever going to read To Kill a Mockingbird • As The Met reopens, a former employee longs for its lost art • Arundhati Roy on life under the world’s most repressive lockdown • Carolina De Robertis on translating her own novel • Some one-star Amazon reviews of Truman Capote’s In Cold Blood • Jenny Erpenbeck, a totally normal teenager, on Thomas Mann • Inside the intricate translation process for a Haruki Murakami novel • Lauren Markham on the daily magic of the US postal system • Henri Cole in conversation with David Roderick • Why can’t we take our eyes off cinematic monsters? • Angela Davis on international solidarity and the future of Black radicalism • On the humble confidence of Seamus Heaney • Geraldine Woods considers the power of repetition as a literary tool • On the experimental realism of an eccentric Russian Anglophile • Can poets show the way forward for an uncertain Europe? • Jo Marchant on obsession and desire in an ancient Assyrian library • The great singer-songwriter Valerie June with some advice for all writers • Jennifer Howard on how the Victorians invented clutter • Patricia Morrisroe goes deep on researching a novel about Beethoven • On Louis Armstrong’s first tour of the south • Joshua Bennett on the fullness of Black life in a time of siege

Gitta Sereny’s Into That Darkness, Pamela Des Barres’ I’m With the Band, John Cheever’s journals, and more rapid-fire book recs from Emma Cline • Roberto Lovato recommends five books (and a movie) about the underworld and salvation from below, from Beloved to The Matrix • Michael Cunningham’s The Hours, Donna Tartt’s The Secret History, Michael Chabon’s The Amazing Adventures of Kavalier and Clay, and more rapid-fire book recs from Helen Cullen • Mill Town author Kerri Arsenault recommends five books that changed her ideas about storytelling, from Upton Sinclair’s The Jungle to Bonnie Jo Campbell’s American Salvage • New titles from Elena Ferrante, Emma Cline, Yaa Gyasi, and Eula Biss all feature among the Best Reviewed Books of the Week

12 crime and mystery novels to read this September • Annie Lampman on books by women set in remote places • Crime and the City heads to Istanbul • Alan Feuer on the myth of El Chapo and the reality of drug trafficking • Brett Riley searches for haunted fiction in American literature • Chris Mooney on six genre-bending classics that prove the merit of mixing things • Scott Anderson on the CIA’s dark history of employing former Nazis • Lyndsay Faye introduces us to the fun-loving Charles Vincent Emerson Starrett Deon Meyer asks, what’s the best way to get rid of a body from a moving train? • Maaza Mengiste on the stories and memories of Addis Ababa Noir 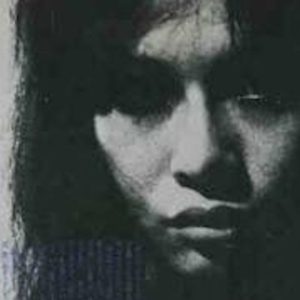 Izumi Suzuki, whose works of science fiction have earned her a special place in Japanese counterculture, will soon make her English-language...
© LitHub
Back to top