Obsession and Desire in an Ancient Assyrian Library

Jo Marchant on the Discovery of a True Treasure

In December 1853, a 27-year-old archaeologist named Hormuzd Rassam was leading excavations near Mosul, now in Iraq, on behalf of the British Museum in London. It was the opportunity of a lifetime, particularly for someone born and raised in the Middle East. But after more than a year of work, he had yet to make a big discovery, and the spot he was desperate to investigate had been promised to a rival team. He had one last-ditch idea, but the timing had to be perfect. So he watched the desert sky, waiting anxiously for the full moon.

Mosul was Rassam’s home city. Today, it’s known largely as a casualty of the war against terror, left as a pile of rubble and bones after Iraqi forces won it back from ISIS in July 2017. But in Rassam’s time, Mosul was part of the Turkish Ottoman Empire, with centuries-old brick walls that enclosed dusty streets, crowded bazaars and mosques with bulging domes and soaring minarets. Rickety, flat-bottomed boats ferried passengers across the Tigris River to the fertile land beyond: cornfields; melon and cucumber beds; and a series of shallow, grassy hills.

Over the past few years, European adventurers digging in these mounds (and at Nimrud, twenty miles south) had revealed a spectacular ancient world. The largest mound, called Kouyunjik, was a mile long. In 1847, the British explorer Austen Henry Layard, with Rassam as his assistant, tunneled into its southwest corner and unearthed the ruins of a great palace, built in the seventh century BC.

The luxurious riverside residence had at least 80 rooms and passages, with stone doorways guarded by huge winged bulls and lions, and walls decorated with around two miles of carved alabaster friezes, showing victorious military campaigns across the Near East. It belonged to the Assyrian king Sennacherib: Layard and Rassam had discovered the great city of Nineveh, capital of the largest empire that the world had ever known.

The Assyrians were famous from the Bible, which tells, for example, of Sennacherib’s failed siege of Jerusalem, and describes Nineveh as a wicked city whose inhabitants repented after God sent Jonah there to preach. But before Layard’s excavations, no direct trace of this civilization had ever been found. Now, after more than two thousand years, its cities and palaces were emerging from the earth.

When a subsequent excavation was planned in 1852, Layard stayed home to pursue a career in politics, persuading the British Museum to put Rassam in charge instead. Keen to prove himself, Rassam planned to investigate the northern corner of the huge Kouyunjik mound, which he was convinced must hold something else spectacular. But Britain and France were jostling each other for access to antiquities that could be shipped to museums back home, and when Rassam arrived, he found that the British consul in Baghdad, Henry Rawlinson, had handed over digging rights of his favored site to the French.

Archaeological remains can hint at what past cultures thought and believed, but words tell us directly.

Rassam dug elsewhere, and by December 1853 his time and funds were running out. He was desperate to explore the site before returning to London, but if he crossed the French and found nothing, the British authorities would likely never trust him again. “So I resolved upon an experimental examination of the spot at night,” he wrote later, “and only waited for a good opportunity and bright moonlight for my nocturnal adventure.”

He recruited a team of trusted workmen, and on the night of December 20 led them to Kouyunjik. On the second night, they uncovered part of a marble wall, attached to a section of paved floor. The next morning, Rassam excitedly telegraphed Rawlinson and the British Museum with the news that he had discovered another Assyrian palace. But when his team dug further that night, the slabs came to an end after a few feet, surrounded by an ancient rubbish pile.

Rassam was distraught. News of his exploits had already “oozed out” in Mosul, and he feared that the French would soon arrive to stop him, or that the Ottoman authorities would accuse him of looting. On the fourth night, he hired even more men, setting them to work at several sites close to the marble slabs. After a few nail-biting hours, he finally heard a shout—“Sooar!”—Arabic for “images.” As the men dug a deep trench, a large bank of earth had fallen away, revealing in the moonlight the perfectly preserved image of a muscular, bearded Assyrian king.

The chamber they had discovered turned out to be a long, narrow salon, 50 feet long by 15 feet wide. Its walls were covered with scenes of a lion hunt: the king chasing in his chariot, bow held high; spearing a lion with his attendants; thrusting his dagger through the animal’s neck. The reliefs are some of the most exquisite, lifelike art ever discovered from the Assyrian civilization. Rassam was moved by the portrayal of one lioness in particular, “resting on her forepaws, with outstretched head she vainly endeavours to gather together her wounded limbs.”

But the biggest discovery was beneath his feet. The floor of this chamber was covered with thousands of broken clay tablets: some completely smashed; others almost whole, up to around 9 inches long. Their surfaces were crowded with tiny, wedge-shaped indentations—a script known as cuneiform, made by pressing the end of a reed into the clay while it was still wet. Rassam really had discovered another palace—built by Sennacherib’s grandson Ashurbanipal, the Assyrian empire’s most powerful king. And this was his library.

It was a crucial find. The origin of farming, around 8000 BC, was a key turning point in human history: people were no longer part of nature, they were beginning to shape and control it. A few millennia later, these same fertile plains between the Euphrates and Tigris Rivers—an area known as Mesopotamia—witnessed another great human revolution: the invention of writing.

The earliest written tablets known were produced by the Sumerian civilization of southern Mesopotamia, at the end of the fourth millennium BC. Their cuneiform script was later adopted by the Babylonians and Assyrians and spread farther north. By allowing everything from debts and taxes to the will of the king to be permanently recorded, the written word supported the machinery and bureaucracy of ever more complex cities, states and even empires. And, of course, with written records, history can begin. Archaeological remains can hint at what past cultures thought and believed, but words tell us directly.

Ashurbanipal’s library is the first systematic insight we have into the mental universe of an ancient civilization. It contained thousands of texts from throughout his empire, which covered all of Mesopotamia and beyond, some of them copies of texts dating back to the third millennium BC. They range from receipts (for oxen, slaves, casks of wine) to prayers to legal documents, literature and medicine: essentially “the forerunners of everything,” says Jeanette Fincke, an expert in cuneiform texts who has catalogued the library’s Babylonian tablets at the British Museum. “And I honestly mean everything.”

What this archive reveals more than anything, though, is a society built around a fascination—if not an obsession—with the heavens. The tablets describe the movements of the Sun, Moon and planets as a divine script, carrying messages from the gods, which shaped behavior and decisions in every area of human life. “When in the month Ajaru, during the evening watch, the Moon eclipses, the king will die,” reads one tablet, part of a vast compendium of around seven thousand such omens called Enūma Anu Enlil. It’s the birth of an idea that has captivated humanity ever since: that our fate is written in the stars. 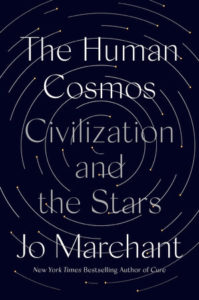 Jo Marchant is an award-winning science journalist. She has a PhD in genetics and medical microbiology, and an MSc in science communication. She has worked as an editor at New Scientist and Nature, and her articles have appeared in The Guardian, Wired, Observer, New Scientist, and Nature. Jo Marchant’s previous book, Cure, hit the New York Times bestseller hardcover nonfiction and science lists and was licensed to 27 countries. She is also author of Decoding the Heavens, which was, like Cure, shortlisted for the Royal Society Prize for Science Books. 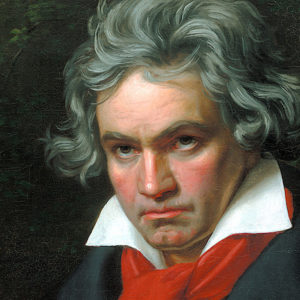 I met Beethoven at an Italian restaurant on the Upper West Side of Manhattan. He was looking for patrons for his orchestra....
© LitHub
Back to top
Loading Comments...