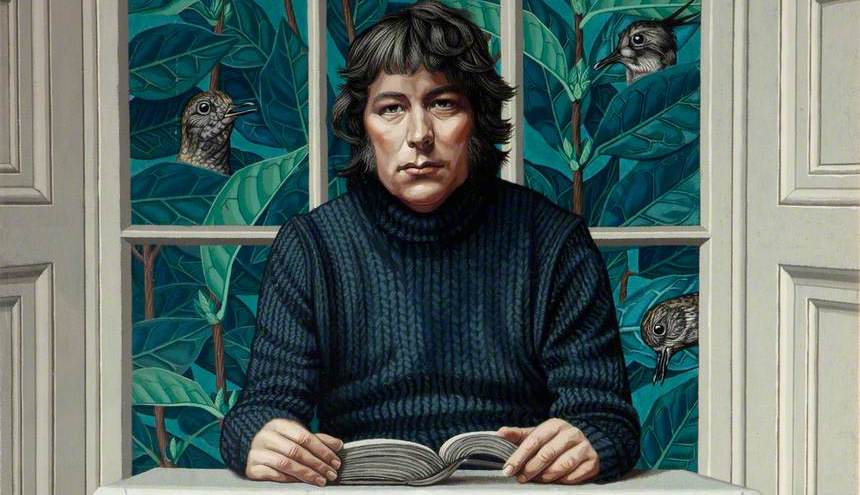 The Humble Confidence of Seamus Heaney

R. F. Foster on the Poet's Roots, Influences, and Individuality

When he first began to publish poems, Seamus Heaney’s chosen pseudonym was “Incertus,” meaning “not sure of himself.” Characteristically, this was a subtle irony. While he referred in later years to a “residual Incertus” inside himself, his early prominence was based on a sure-footed sense of his own direction, an energetic ambition, and his own formidable poetic strengths. It was also based on a respect for his readers which won their trust. “Poetry’s special status among the literary arts,” he suggested in a celebrated lecture, “derives from the audience’s readiness to . . . credit the poet with a power to open unexpected and unedited communications between our nature and the nature of the reality we inhabit.” Like T. S. Eliot, a constant if oblique presence in his writing life, he prized gaining access to “the auditory imagination” and what it opened up: “a feeling for syllable and rhythm, penetrating far below the levels of conscious thought and feeling, invigorating every word.” His readers felt they shared in this.

The external signs of Heaney’s inner certainty of direction, coupled with his charisma, style, and accessibility, could arouse resentment among grievance-burdened critics, or poets who met less success than they believed themselves to deserve. He overcame this, and other obstacles, with what has been called his “extemporaneous eloquence” and by determinedly avoiding pretentiousness: he possessed what he called, referring to Robert Lowell, “the rooted normality of the major talent.” At the same time, he looked like nobody else, and he sounded like nobody else. A Heaney poem carried its maker’s name on the blade, and often it cut straight to the bone.

A Heaney poem carried its maker’s name on the blade, and often it cut straight to the bone.

Fame came to him young, but when necessary, Heaney practiced evasiveness, like the outlaws on the run who regularly inhabit his work, or the mad King Sweeney of Irish legend, condemned to live the life of a migrant bird, whom he chose as an alter ego. This literally came with his territory. He was born in Northern Ireland in 1939, grew up among the nods, winks, and repressions of a deeply divided society, and saw those half-concealed fissures break open into violence. He knew “the North” (as residents of the Irish Republic call the six north-eastern counties), targeted it, eviscerated it, and left it to live in “the South.” It gave him the title of his most famous collection, and he showed how “it” could be written about. But the restraint which he generally practiced when addressing politics, coupled with the spectacular internationalizing and cosmopolitanising of his reputation, raised sensitive questions. If “Sweeney” rhymed significantly with “Heaney,” “famous” rhymed too readily with “Seamus.”

He was endlessly photographed and painted, but the portrait in oils by Edward McGuire commissioned by the Ulster Museum in 1973 (above) is perhaps the most enduring image: “the poet vigilant,” in Heaney’s own description, expressing a “gathered-up, pent-up, head-on quality . . . a keep of tension.” The powerful, handsome  head is placed against a densely interwoven thicket of leaves, suggesting the concealed bird-king or the watchful wood-kerne—but also, perhaps, the double-f repeat pattern of a Faber book cover. It is a complex picture of a poet whose complexities stretch far beyond the  charm of his early poems—a charm which itself is never simply what it seems.

Seamus Heaney’s background has been immortalized in those poems as well as a large archive of interviews: a small Derry farmhouse, a cattle-dealing father, a much-loved mother and aunt presiding jointly over the domestic world; the routines of beasts, crops, and land; horses and carts, candles and oil lamps, an outdoor privy, mice scrabbling in the thatch above the children’s beds at night, a world already becoming archaic in his youth. (Smart alecks in Dublin used to refer to these poems, and their author, as “pre-electric.”) There is a Proustian exactness in his evocation of the texture and detail of his early life, the unerring memory for the illustration on a tin of condiments or the name of an obscure piece of machinery, and he retained a novelist’s perception of circumstance and psychology.

He could also mock this aspect of his reputation: on a visit to the “Tam O’Shanter Experience” at Robert Burns’s birthplace, he was teased that there would one day be a “Seamus Heaney Experience” and replied, “That’s right. It’ll be a few churns and a confessional box.” Heaney was marked out early by his cleverness (in a family with its fair share of schoolteachers as well as farmers, and giving the traditional Irish priority to a good education). He progressed from the local primary schools, via success in the eleven-plus examination, to life as a boarder in St. Columb’s College, Derry. The wrench of leaving home and family at twelve years old in 1951 remained a sharp memory; the poems and autobiographical reminiscences which record it suggest the special position which he held in his family.

“I began as a poet,” Heaney later remarked, “when my roots were crossed with my reading.” At St. Columb’s, his classmates included the future politician John Hume and the brilliant Seamus Deane, himself an apprentice poet but better known later as a powerful and excoriating literary critic. From early on, they would try out their poetic efforts on each other. The College’s conventional but thorough education gave a good grounding in Latin, which served Heaney well in later life, but also exposure to the English poetic tradition (discovery of Patrick Kavanagh’s work, which would mean so much to him, came later). The intensive interviews to which Heaney was subjected later in life, particularly those in Dennis O’Driscoll’s indispensable Stepping Stones, supply the framework for his emergence as a poet. “Just by answering,” Heaney himself remarked ruefully, “you contribute to the creation of a narrative.” Here as elsewhere, he was adept at controlling his fame. 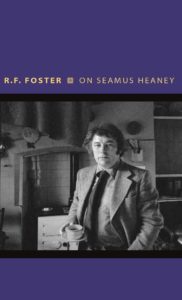 R. F. Foster is Professor of Irish History and Literature at Queen Mary University of London and Emeritus Professor of Irish History at the University of Oxford. His many books include Modern Ireland: 1600–1972, the two-volume W. B. Yeats: A Life, and, most recently, Vivid Faces: The Revolutionary Generation in Ireland, 1890–1923. Foster’s writing has appeared in the Guardian, the New York Review of Books, the Irish Times, and many other publications. He lives in London. 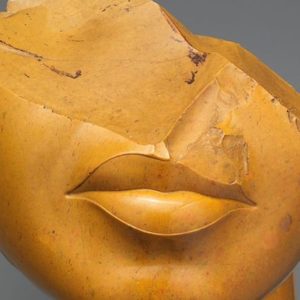 I have seen the Instagram sunsets, the perfect daffodils, the lines of upright tulips, the misty beaches, the blooming trees,...
© LitHub
Back to top
Loading Comments...