Thoughts from high schoolers on Lit Hub’s climate change library • Announcing the shortlist for the Center for Fiction’s First Novel Prize • Kathleen Jamie considers a passing eagle, and the beauty of desolation • How Rivka Galchen decided to stop worrying (kind of) and write a kids’ book • Jake Skeets finds inspiration in a famous family photo • Alfredo Corchado on anti-immigrant sentiment and the horror of the El Paso shooting • The Jazz Age heiress who witnessed WWII up close • Misguided chivalry, disastrous dates, and other cartoons in which Liana Finck draws some conclusions about love • Dana Schwartz on Rainbow Rowell and the power of falling in love with characters • Dermot Bolger on Bruce Springsteen and working-class Dublin • Ann Patchett in conversation about her new novel • How Stoicism and the Epicureanism speak to these uncertain times • If you existed in multiple universes, how would you act in this one? • How did animals become symbols of grief? • Don’t cross Meryl Streep, Dustin Hoffman sucks, and more important lessons from the set of Kramer vs. Kramer • On the difficulty of explaining why a piece of music is good • Elif Shafak on the Cairo of Naguib Mahfouz • On coming to terms with family secrets when your father is an actual spy • Noah Cho on the freedom of tossing The Scarlet Letter from a high school curriculum • John Berger’s brief musings on time • Sonja Livingston on the complicated history of canonization • On Gandhi and nonviolence as a spiritual virtue • How the word “ghetto” traveled from Europe to America • Leslie Jamison on weddings • The three words that almost ruined Sonya Huber as a writer: “Show, don’t tell” • How tiny Hungary made soccer into the game we know and love • A brief history of the personalized bookplate • The end of the decade is almost here, but which books from the last ten years will stand the test of time?

10 Controversial Classics for Banned Books Week • Every 5 Under 35 Honoree Ever: a lengthy list of literary wunderkinder • Three Flames author Alan Lightman recommends five great magical realist novels, from Invisible Cities to One Hundred Years of Solitude • Sharlene Teo on Shirley Jackson, Moby Dick, and hating Pride and Prejudice • Margaret Atwood’s The Testaments: propulsive and relevant or rushed and pursued by its TV progeny? • New releases from Ann Patchett, Ta-Nehisi Coates, Patti Smith, Leslie Jamison, and more all feature among the Best Reviewed Books of the Week

Oyinkan Braithwaite talks with CrimeReads about sisterhood, serial killers, and Lagos • “Plagues and infestations are the original noir and set the stage for the morally ambiguous hero.”  • Derik Cavignano breaks down the formula behind the best crime thrillers • Take a journey to Monte Carlo with international jewel thief “Diamond Doris” • September’s best international crime fiction • The story of Martin Scorsese’s gangland epics is the story of American social mobility • Miriam Alexander-Kumaradoss talks with the founders of Blaft, the groundbreaking pulp fiction press of Chennai, India • How crime fiction can illuminate the kaleidoscopic identity of Budapest • September’s best debut crime and mystery fiction • All the best true crime out this September 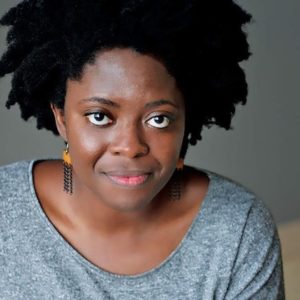