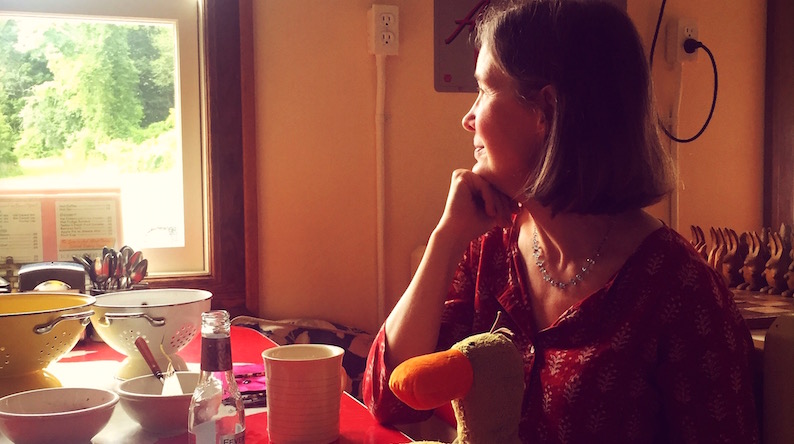 Here at Parnassus, booksellers have passed around an early copy of Ann Patchett’s eighth novel so many times it’s starting to fall apart, which tells you something about how excited we are to hold the real thing in our hands at last. The Dutch House, which follows one fractured family over several decades as the years pile on both joy and heartbreak, is a testament to sibling bonds as well as a meditation on familial responsibility. Without spoiling too many twists and turns, here’s a brief overview of who’s who:

Danny Conroy and his sister Maeve spend their early years in a Philadelphia mansion that was a gift from their father, Cyril, to their mother, Elna. But when Danny is three and Maeve is ten, Elna leaves, abandoning her children to Cyril’s care for reasons they don’t understand. It’s only a few years until Cyril remarries, bringing into the family a stepmother, Andrea, who also comes with two girls of her own (and has no interest in parenting four children). His beloved big sister was already the center of Danny’s universe, but as they enter adolescence, Maeve becomes his surrogate caretaker, too. The next four decades reveal how Maeve and Danny are shaped by the absence of their mother and the loving presence of one another, and how each fares differently in the wake of their childhood loss.

In Patchett’s elegant prose, these characters come to life and The Dutch House becomes an immersive, unforgettable reading experience—a book that deserves to be savored, page by page. (For a free preview, read the first 12 pages of the book here.

If you’re in Nashville, head to Montgomery Bell Academy tonight, Monday, September 23, 2019, at 6:30 p.m., for a book launch celebration and signing. The Dutch House is available in stores everywhere tomorrow, and Patchett’s tour will continue along upcoming stops in both the US and the UK. Meanwhile, here’s a conversation between Ann Patchett and I Miss You When I Blink author Mary Laura Philpott about the origins of this memorable story.

Mary Laura Philpott: Let’s begin where this book started for you. Who or what arrived in your brain first: Danny? Maeve? The house? A little snippet of a scene?

Ann Patchett: Two things happened very close together. One was interviewing Zadie Smith for Swing Time and talking about autobiographical novels. She was saying that autobiographical fiction didn’t have to be about what happened—it could be about what you were afraid might happen. She said the character of the mother in Swing Time was autobiographical because that was the mother she didn’t want to be. I thought that was brilliant. It explained something I’d always been doing but had never put into words. I adore Zadie Smith. At that moment, sitting on a stage with her at Belmont University, I thought, I want to write a book about the kind of stepmother I don’t want to be.

The other thing was the presidential election, and what felt like a celebration of extreme wealth. I wanted a book about someone who didn’t want to be rich. It’s funny to me when people say my work isn’t political because everything feels political to me these days.

Those were the opening ideas. The book went in many different directions after that.

MLP: Then I say unto Zadie Smith, as I have said aloud many times while reading her books: “Thank you, Zadie.” What a fantastic story prompt. How did you know, then, that the story needed to be told from Danny’s perspective? Did you ever consider telling it from Maeve’s point of view, or in third-person?

AP: Maeve is so at the center of everything. The whole time I was writing this book I was planning on calling it Maeve. I never thought of telling the story from her point of view because I wanted to be able to see her from a distance. I knew I wanted to try writing in first person after being away from it for so many years (my first two novels are in first person), so I went into the story with that in mind. Danny was the only logical choice.

I pity my poor publicist whose responsibility it is to make every book seem NEW. All she had to work with in this case was “Patchett’s first first-person novel in 25 years” or something like that, which doesn’t exactly set the world on fire.

MLP: Oh, I didn’t realize it was ever going to be called something else. I do remember asking you how it was going one day in the office, and you said, “I don’t want to talk about it” and started to walk out of the room. Then you walked back in and said, “I threw the whole thing away.” Did you really start all the way over?

AP: I did and I didn’t. I threw it out, started all the way over about ten times, couldn’t get it, and then was advised to try and make sense out of the opening I already had since I liked the opening. It wound up being the same people, the same house, the same general idea, but a very different story. No one read the first version except me, which is a huge relief. It was awful.

It was a funny thing to throw a book out. People seemed much more upset about it than I was. Some people said, It must be like a death! It was nothing like a death. It was like burning a cake. You know that feeling? Oh, hell, I burned the cake. Then you cut the cake open and eat the little pieces in the middle that aren’t completely ruined, then you bake another cake. It’s not what anyone wishes for, and it’s hardly the end of the world.

MLP: I bet it’s encouraging to beginning writers to know that even Ann Patchett sometimes burns the cake. I’m thinking maybe we could sell motivational posters that read, “Oh hell, I burned the cake.” Or pencils.

MLP: As Danny matures, he does a lot of thinking about what he can and can’t opt out of as a son, a husband, and a brother. This line hit me hard: “The point wasn’t whether or not I liked it. The point was it had to be done.” He seems to be saying that when it comes to family, some obligations transcend anger or forgiveness. Do you think that’s something most people come to realize at a certain age?

AP: I think there are many people who don’t ever realize that. It seems to me to be an old-fashioned sentiment. I hope I’m wrong about that. Danny learns his lesson in chemistry class—you just have to buckle down and do it. He pretty much carries that throughout his life.

MLP: Several of the characters here are struggling to let go of something that weighs them down or hurts them—a habit, a place, a resentment. (Every time Maeve, who is diabetic, lit a cigarette, I’d say, “Stop that!” at the book.) What do you think it is about human nature that makes people cling to things they know are no longer good for them?

AP: Oh, Mary Laura, if I knew the answer to that one I’d be very holy indeed. We do we repeat harmful patterns? Why do we cling to the familiar when the familiar is so destructive? NO CLUE. I haven’t had a cigarette in 15 years and still there are moments of extreme stress when something in my brain says, This is suffering that could only be soothed by a Winston. I don’t do it, but I think about doing it. Do you have that thing?

MLP: Oh, totally. Sometimes a bad habit stays with you so long, it almost becomes a companion. I thought about that with Danny and Maeve and their grudge toward their stepmother, Andrea. I mean, she absolutely earns that grudge, but to carry a grudge is such a painful, weighty experience, and for years, they live with that emotional burden.

AP: Yeah, I think the equation is: I am hurt. How might I hurt myself more?

MLP: I wonder if you think of Commonwealth and The Dutch House as book-siblings? They cover some of the same thematic territory: the unique bond of brothers and sisters, what we’re willing to forgive, who’s to blame when a family breaks apart and whether there’s any point in assigning blame at all . . .

AP: I think Commonwealth and The Dutch House are cousins. Maybe second cousins. They aren’t the same but they’re deeply related. I feel that way about Run and State of Wonder, too. Sometimes I just don’t get things worked out in one book and the things I’m wrestling with carry forward.

MLP: Now you’ve got me thinking of something Danny says—that the story of his sister is “the only one I was ever meant to tell.” Do you feel like there’s a particular story you’re meant to tell?

AP: No, that doesn’t extrapolate out to me. I have lots of stories to tell. I’m pretty good at finding stories at this point. Many things interest me.

Ann Patchett is the author of six novels and three books of nonfiction. She has won many prizes, including Britain's Orange Prize, the PEN/Faulkner Prize, and the Book Sense Book of the Year. Her work has been translated into more than thirty languages. She lives in Nashville, Tennessee, where she is the co-owner of Parnassus Books. Her most recent novel is The Dutch House.

The Starlet and the Spy 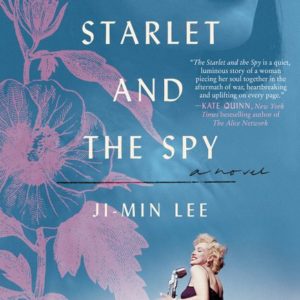 The Starlet and the Spy

February 12, 1954 I go to work thinking of death. Hardly anyone in Seoul is happy during the morning commute, but I’m...
© LitHub
Back to top