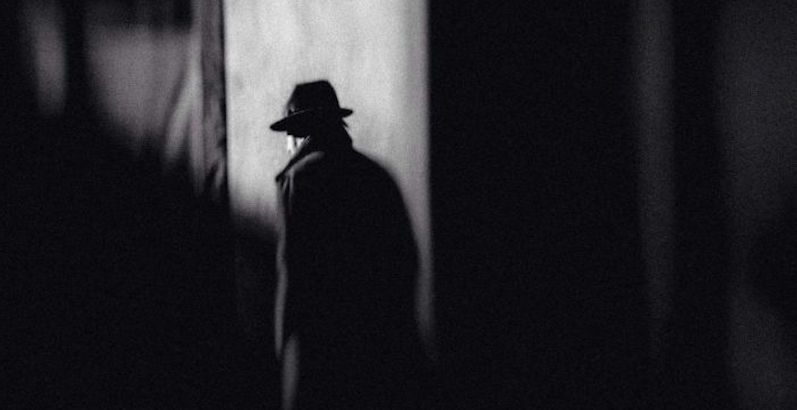 Steve Healey on Coming to Terms with Family Secrets

When I was 13 years old, my father sat me down and said that he had something very important to tell me. He said that he was not a diplomat for the State Department, as I’d always thought. He was actually a spy for the CIA.

I listened in shocked silence, trying to comprehend what he’d just said, then wondering if his job was like those thrilling spy stories full of decoder rings and car chases. I remember him saying—as if to deflate the glorified fiction a bit—that being a spy was “like James Bond but less exciting.” In the coming years, I’d watch that heroic Hollywood promise fade into the small, sad truth of his life.

Of course, this revelation came with a requirement, implicating me in my father’s covert existence: I was never to tell anyone his true profession—if they asked, I should continue to say that he worked for the State Department. That family secret would take root in my mind and eventually branch into so many other secrets, so many ways of not saying what was really happening.

My father worked for the CIA at the height of the Cold War, from 1951 to 1983. As a case officer, his main task was to secretly recruit people who might be willing to provide valuable information to the United States. To do this work, he frequently traveled abroad, maintaining various cover identities and “safe houses” where he could conduct spy work.

His primary foreign language was German, so he spent most of his time in Europe. He was stationed in Berlin when the wall went up, and there he met and married my mother, who’d been hired by the CIA fresh out of college to be a secretary.

My family did regular tours of duty stationed in European cities, and during the in-between years, we lived in our suburban Washington, DC house, not far from CIA headquarters. When I was seven, we were stationed in Rome, Italy, and it was there that I began to see the cracks in my parents’ lives.

I felt growing resentment and pity toward my dad.

They were having fierce arguments I didn’t understand, and one day, my mom told my brother and me that we’d be moving back to the States right away without my dad, a full year before we’d planned to return. We reoccupied our suburban house, my parents now separated—my mom with primary custody, my dad living a few miles away in a depressing little apartment.

It was clear that she wanted out of the marriage, and Dad didn’t want to let it go. For several years he tormented us with endless pleading phone calls, tantrums and confrontations on our front porch, and other scary behavior. Sometimes we’d find refuge for the night at a nearby relative’s house; sometimes my mom would call the police to escort him away.

Once he showed up unannounced at the house, distraught and disheveled, holding a kitchen knife. He fell to his knees on the foyer floor, face smeared with tears, crying about how he wanted to die but couldn’t do it himself. We stood there watching him as he held the knife handle out to us, asking us if we could do it for him.

As far as I know, my father’s mental health problems were never diagnosed or treated, nor did any of us talk about how traumatic all of this was. We just kept moving on, concealing the pain, pretending to be normal and okay. Somehow my father remained employed by the CIA for a few more years, but I suspect he was being eased toward early retirement.

Not long after he told my brother and me about his clandestine spy identity, he dropped an even more explosive secret on us. He’d had a few drinks already and was pretty loose. “Do you know the real reason we left Rome so suddenly?” he asked.

He told us that Mom had been having an affair with a man we knew, another American stationed with his family in Rome for a corporate job. The man’s wife, having discovered the infidelity, stormed into the American Embassy demanding to speak with my father. She told him everything right there in the lobby. Then she told him that she’d already contacted the Italian news media and outed him as a CIA spy. She knew this would force our whole family to leave the country immediately.

My mother had never told us any of this, and almost as soon as my father spoke these words, I knew I wouldn’t say anything to her. Even then I didn’t blame her for a desperate attempt to escape a failing marriage, and I thought she might feel blamed if I told her that I knew. So I held on to that secret for a long time.

Meanwhile, I felt growing resentment and pity toward my dad. Although he finally agreed to the divorce, he never really recovered, and the rest of his life was a slow-motion spiral into isolation, depression, and alcoholism.

When my brother and I were young adults, we eventually intervened and found him nearly dead, malnourished and severely anemic after years of heavy drinking and smoking. His home was a toxic waste site of bodily fluids and rotting trash, a dizzying number of empty booze bottles piled everywhere.

He lived two more years before cancer took his wrecked body, and we were able to talk some about what had happened. He told me more about his time as a spy, and about how he’d never gotten over the divorce. He was mostly ashamed and apologetic about the mess his life had become, and I think we were both grateful to have reconnected.

A few years before his death, I’d started writing poetry, and maybe this was my way of channeling all those family secrets into something productive. I went on to earn an MFA in poetry and publish two books, but none of this writing addressed my family history directly. Instead, I continued to obscure and disguise my past through metaphor and wordplay, and perhaps poetry gave me an excuse to do this.

It wasn’t until writing my third book that I gave myself permission to bring those secrets into fuller light. Among the last poems I wrote for this book was one about that moment when Dad told me about Mom’s affair. It was a topic that still felt dangerous, like a secret I shouldn’t divulge.

I realized that I needed to share it with my mom and ask for her permission to include it in the book. She read the poem, and we finally talked about what had happened, about how hard it had been for all of us.

At first she hesitated about letting the poem be published—she wanted to leave that part of her life in the past. But after a couple weeks of consideration, she decided it would be okay. She said she thought it could be healing for us. In the days following that conversation, I felt an unexpected, liberating lightness. I hadn’t realized how heavy that secret had been. 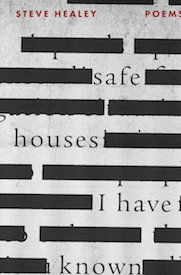 Steve Healey’s poetry collection Safe Houses I Have Known is now available from Coffee House Press. Used with permission of the publisher. Copyright © by Steve Healey.

Steve Healey is the author of two previous books of poetry, 10 Mississippi and Earthling, both from Coffee House Press. His poems have been published in magazines such as American Poetry Review, the Awl, Boston Review, Denver Quarterly, Fence, jubilat, the Nation, and in anthologies, most recently The New Census: An Anthology of Contemporary American Poetry. He’s a professor of English and creative writing at Minneapolis College.

So You Think You're Cool? On Referencing Pop Music in Fiction 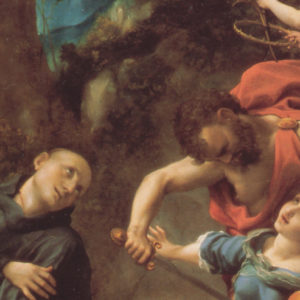 Sister Lilian’s body was found near the confessional. Father Weinmann was collapsed beside her but still breathing. The curtain...
© LitHub
Back to top
Loading Comments...