Jonathan Wilson on the Transformative Play of a Handful of Stars

As soon as the First World War was over, the influence of Hungarian football began to spread. Almost from its beginnings, its importance was traced as much through its diaspora as through what was happening in Budapest. “The Austrians were better than the Hungarians until about 1912,” said Edward Shires. “Then,

because the great Ferencváros had come into being, the Hungarians overcame their neighbors and this advantage of theirs was secured by the great team of MTK later on. . . .It cannot be denied that the “Austrian school” we have today [1933] has grown out of the seeds sown by Schaffer, but first of all by the Konráds.

Ultimately, for Shires, the credit belonged to John Tait Robertson. He remembered his arrival at MTK in 1911. “Robertson got here on a Sunday and he immediately wanted to see a match,” he said. “I took him to the Millenáris where the youth team were playing. Robertson watched the game for a quarter of an hour then pointed at one of the lads. ‘See that one? I’m going to make a player of him.’ The lad was Kálmán Konrád, a member of MTK’s forward line, and he later became the master of Vienna.”

Robertson was also convinced of his influence. After watching Rapid Vienna draw 3-3 with Rangers at Ibrox in January 1933, he spoke of being “proud” of how good the Austrians had become “because I feel I have contributed to it.”

The Konráds were not the first Hungarians to play in Austria, but they were the first Hungarians to become major stars in Vienna. Kálmán Konrád was born in 1896 in Bačka Palanka, a small town in Vojvodina in what is now Serbia, two years after his brother Jenő. Their father was a shoemaker, but so poor were they that they would play football barefoot in the street. When the brothers were still young, their parents moved to Budapest. Jenő, a center-half with a robust tackle and the capacity to initiate attacks, joined BAK before he was signed for MTK by Robertson in 1911, at the age of 17. He became a regular, while Kálmán was drafted into MTK’s youth side.

Robertson returned to Britain in 1913 and was replaced by Bob Holmes, who had played for the Preston Invincibles of 1888-89 and managed Blackburn Rovers to the league title in 1912. Jenő took his school-leaving exams that year so was in and out of the side, playing seven matches, but Kálmán made his breakthrough at center-forward, scoring 14 goals in eight games as MTK ended Ferencváros’s run of five straight league titles.

At the outbreak of war, Holmes returned to England and Jenő Konrád volunteered for the army, becoming a cavalry officer, although he always said he spent more time walking alongside his horse than riding it. He was able to play some part in the three unofficial halfseason championships of 1914–15 and even made his international debut in a 2–1 win over Austria in May 1915, but as his involvement in the fighting became more serious, his opportunities to play were diminished. Disillusionment rapidly set in and he warned his brother not to enlist.

Jenő was subsequently captured by the Russians and held as a prisoner of war in Siberia. He “loved the peasants,” his daughter Evelyn said, enjoying long evenings spent sitting around the fire as they asked “profound, soulful questions” discussing “the meaning of life.” After the February Revolution of 1917, the guards threw down their arms and Jenő, traveling by train, on horseback and on foot, slowly made his way to Moscow, where a rabbi helped him return to Budapest. It was then, Evelyn said, that her father began to lose his hair: he went to war with “thick black curls” and came back “almost bald.”

Even before that, though, Kálmán had begun to emerge as the better player and had made his international debut six months before his elder brother, also in a 2–1 win over Austria.

After persuading the Konráds to leave MTK’s tour and stay in Vienna in 1919, Meisl found Jenő a job as a stockbroker and Kálmán a position in a bank; both had previously worked in banks in Budapest.

They stayed with Julius Fröhlich, an Amateure fan who went to games with his daughter Gertrud, who was 11 when the Konrád brothers moved in. Fröhlich was a businessman, his wife ran a greengrocer’s and they lived on Franzensbrückenstraße near Praterstern, above a sports shop owned by Arthur Baar, a long-term director of Hakoah who had a number of stints as manager. Like MTK in Budapest, Amateure were associated with the secular and assimilated parts of the Jewish population.

“The arrival of the Konráds has transformed Amateure into technically the best side I have ever seen,” said the Swiss pundit Max Sexauer. “Their team play is virtually flawless and a true pleasure for the connoisseur. But they would rather lose a game than deviate from their lovely gentlemanly transitional tactics.”

Sexauer identified Jenő Konrád and György Orth, who had joined First Vienna on loan in 1923, as being rare in Danubian football in the way they were celebrated for their defensive characteristics. Kálmán Konrád he described as being “the supreme champion of football strategy,” although there were times when he was criticized in the Viennese press for seeming to believe his left foot alone was enough to win games.

Béla Guttmann had no doubt of Kálmán Konrád’s qualities. “Among all the players in Vienna I think Konrád II is prominently the best,” he said. “What

Gyuri Orth is for MTK “Csámi” is for Amateure. He makes a team he plays for two levels higher. And it’s only Buchan that can be put in the same category with Orth and Konrád. Scarone, Petrone, Rydell, Andrade and the rest may have the same virtuosity, but what lifts Orth, Konrád II and Buchan above them is artistic intuition and the depth of content. Only the young Slózi [Schlosser] and Spéci [Schaffer] could be compared to them in this respect.

For Evelyn Konrád, the way her father and uncle played said much about their respective personalities: Jenő was “hard but fair,” while Kálmán “specialized in the undetectable tackle.”

At a ball for medical students in 1921, Jenő met a beautiful 16-year-old called Greta. “Theirs was a real love-match,” said Evelyn. “When my mother was 18, my grandmother sent her to Berlin to stay with her younger brother Hermann to try to forget my father. She was looking for a more professional man for her daughter, not an athlete.”

Hermann, though, was perhaps not the ideal figure to advise respectability in relationships. Unbeknownst to the family, he was living with an actress several years his junior and enjoyed a social life far livelier than his sister evidently expected. “Berlin,” Evelyn said, “was much more of a city than Vienna.” Hermann took her mother to a nightclub, where she happily danced with an admirer, only later to discover her partner was a woman in a man’s clothing. Appalled, Evelyn said, Greta “took a very hot shower—the Viennese bourgeoisie was very conservative in those days.” When Greta returned to Vienna, she married Jenő, who eventually became very good friends with her mother.

Outside of Britain, there was little doubt that the game practiced in Vienna and Budapest was the best in Europe.

The football went well, at least for a while. Outside of Britain, there was little doubt that the game practiced in Vienna and Budapest was the best in Europe. Amateure played a number of friendlies around Europe, overcoming Athletic twice in two days in Bilbao and then beating Barcelona before losing to them in a brutal rematch. Schaffer, drawn by his friendship with the Konráds, joined from Sparta Prague in 1923. After leaving Nürnberg, he had initially joined Wacker Munich, where he developed a taste for Bavarian beer and began to put on weight. Schaffer remained proudly Hungarian, as became clear when he went to watch a water polo match featuring the Budapest side MAFC. He supported the Hungarians vociferously and became increasingly angered by the referee, threatening physical violence. When other spectators tried to calm him down, he replied, “Whomever I punch in Munich should feel honored.”

Schaffer asked for a signing-on fee of 25 million kronen and a monthly salary of 3 million kronen, as well as ownership of a fashion store. Schaffer was a star, the “Football King” and made sure everybody knew it. During games he would run to the stand behind one of the goals and shout, “I bet I will score the winning goal. Who will bet against me?” Few would.

The definition of amateurism had become so flexible as to be meaningless, and the Austrian league officially turned professional a year later. It says much for the esteem in which Hungarian football was held that the two best-paid players were the former MTK centerhalf Béla Guttmann at Hakoah and Schaffer at Wiener Amateure. Their status, though, infuriated the Konráds. Hugo Meisl, who was always an idealist, had assumed they would be happy to remain in their jobs and effectively play part-time but they saw no reason why they shouldn’t be earning the same as other stars.

Neither played for the first half of 1924–25 and both joined First Vienna during the winter break. First finished third behind Hakoah and Amateure, Kálmán scoring six goals in ten games for the club. Jenő, though, struggled with a knee injury, managed just four games and retired at the end of the season. Both returned to Amateure that summer as Schaffer departed for Sparta Prague, with Jenő named as co-coach of the first team. 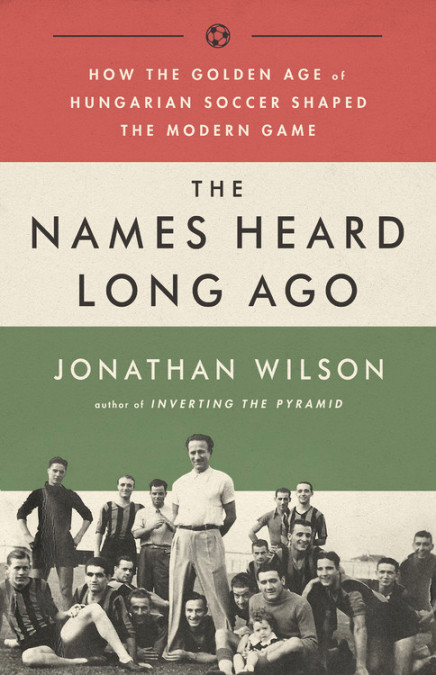 Jonathan Wilson is the author of eight books, including The Names Heard Long Ago and Inverting the Pyramid, which was named NSC Football Book of the Year in 2009 and won the Premio Antonio Ghirelli prize as Italian soccer book of the year in 2013. His books Behind the Curtain: Travels in Eastern European Football; The Anatomy of England; and The Outsider: A History of the Goalkeeper were shortlisted for the NSC award in 2007, 2011, and 2013. Wilson is the founder and editor of the soccer quarterly The Blizzard, writes for the Guardian, FoxSoccer, and Sports Illustrated, and is a columnist for World Soccer. He was voted Football Writer of the Year by the Football Supporters Federation in 2012. 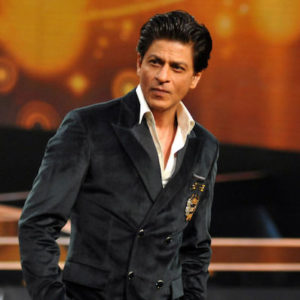