TODAY: In 1962, Shirley Jackson’s We Have Always Lived in the Castle is published.

Anne Boyer on the language of pain • Benjamin Moser on the brief relationship of Susan Sontag and Jasper Johns • On the American tour that made Gertrude Stein a household name • Brian Bouldrey wanders through the “smutty old Times Square” of literature • Josh Gondelman entreats the fashion industry to stop trying to make Dad Shoes cool • Will it ever be ethical for athletes to edit their genes? • On the snarky poem that got its author murdered • Rachel Eve Moulton considers how horror is housed in the body • Kevin Barry on the need to sustain our literature •

Imani Perry and Mitchell Jackson in conversation • Dan Kois recommends twelve songs for traveling the world with kids • What would happen if the world lost the internet? • The last love letters of anti-Nazi German resistance fighters • Jim Shepard on “the indispensability of small literary magazines to what remains of American intellectual culture” • Mona Eltahawy makes the case against civility • Here are the 25 best campus novels of all time • Heroes and (offline) trolls: Neil Gaiman introduces the spellbinding folktales of Norway • Ismail Muhammad walks with the ghosts of black Los Angeles • On “extended parental care” in the human and animal realms • The problem of Germany’s post-war internal refugees • Unsurprisingly, the reality of post-Chernobyl life in Ukraine was more complicated than the HBO series let on

Zora Neale Hurston’s Their Eyes Were Watching God, Toni Morrison’s Playing in the Dark, and more rapid-fire book recs from Wayétu Moore • Brad Gooch recommends five great books of spiritual poetry, from Emily Dickenson to Rainer Maria Rilke • 10 Great Novels That Rewrite History: from The Man in the High Castle to The Underground Railroad • Colm Tóibín on Washington Black, the lives and legacies of Lorraine Hansberry and Maeve Brennan, another James Frey flaying, and more book  reviews you need to read this week • New titles from Jacqueline Woodson, Kevin Barry, and Rachel Cusk all feature among the Best Reviewed Books of the Week

Gift idea for a weird poet: a handwritten book of poetry by Bonnie (of 'and Clyde' fame). 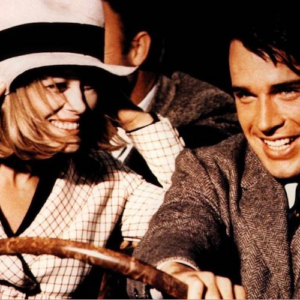 Gift idea for a weird poet: a handwritten book of poetry by Bonnie (of 'and Clyde' fame).

If you're looking for the perfect gift for a special someone in your life who loves poetry and crime memorabilia—and honestly,...
© LitHub
Back to top