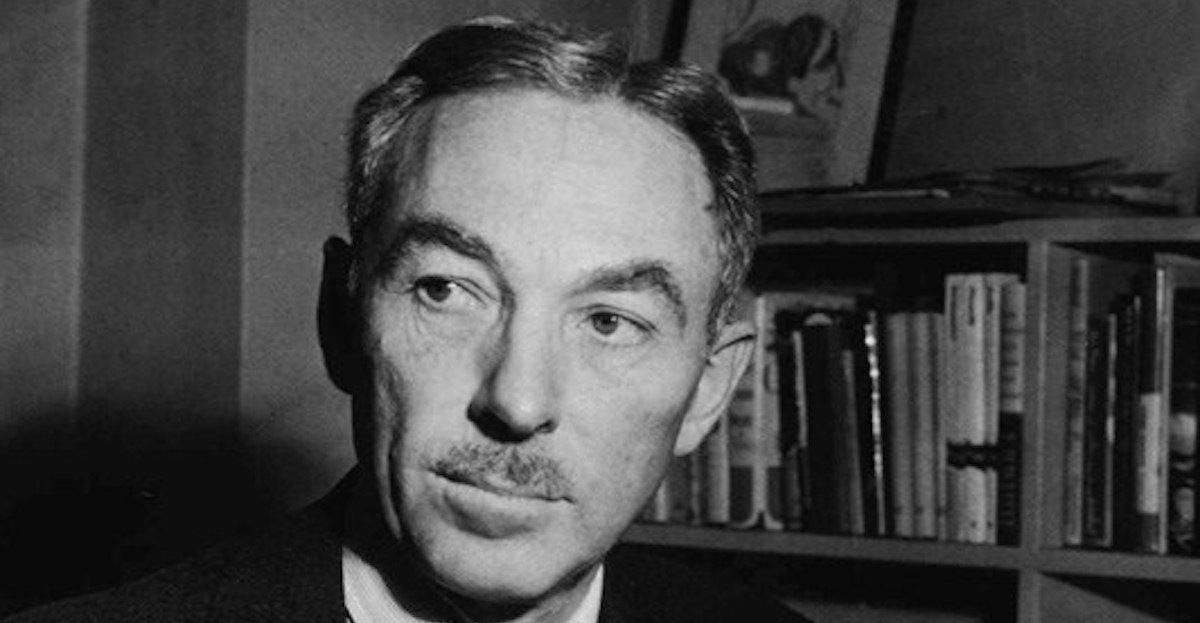 In the last years of WWII, E.B. White wrote a series of anonymous editorials for The New Yorker. Throughout these editorials, White expressed a concern for the planet that strikes me as intensely modern: “Everybody likes to hear about a man laying down his life for his country,” he wrote in 1944, “but nobody wants to hear about a country giving her shirt for her planet.”

As the concept of the United Nations was being refined, White cautioned readers against the seduction of nationalism. He wondered: who gets to be labeled a peace-loving nation and given decision-making power over others? Could an international, borderless entity ever look out for all of us equally? What amount of individual sovereignty must one be willing to give up in order to ensure the safety and dignity of all?

In these essays, readers catch glimpses of the keen observer of nature who wrote the beloved children’s book Charlotte’s Web. On Christmas Day, 1943, war still raging, White dreamed of a future where the hypothetical Third War was over and the earth was in ruins. When a delegation assembles to establish a new world order, one representative declines to bring a cloth flag. Instead, he offers an iris, the so-called “wild flag,” the idea being that all remaining people would unite in care for the planet as opposed to the interests of individual nations.

It was, in my opinion, a great risk to express such a tender idea in a militarized age. But if you have also read White on spiders, gardening, and pigs, his fluency in the language of the natural world, and commitment to it, will not surprise you. He did not know of climate change in the 40s, but he did sense that the health of the planet was at risk from industrial chemicals, warfare, and the atomic bomb. “Nobody,” he wrote, “knows which way you turn after you have learned how to destroy the world in a single night.”

“We are capable of bold, redemptive, and generous action, and such action is required of us now.”

We live under similar existential threats today, concerned not just for the survival of our nations, but our planet. The feeling White described at the close of the barbaric WWII and the dawn of the atomic era is particularly resonant in or current moment of climate crisis. “For the first time in our lives,” he wrote, “we can feel the disturbing vibrations of complete human readjustment.”

As in the 40s, men fight over borders, resources, and ridiculous notions of supremacy, conflicts which only worsen as climate change twists the knife. Biologist E.O. Wilson has written about the violent, territorial nature of the human animal and our propensity for tribalism. “Everyone,” he writes, “must have a tribe, an alliance with which to jockey for power and territory, to demonize the enemy, to organize rallies and raise flags.” This inclination is ingrained in us and plays out in sports, racism, and politics today as it did during White’s time, and throughout prehistory.

Are we humans really such an exceptional, superior species? An exceptional species would not pollute the very natural resources it needs to survive. It would not persist in building an economy dependent on fossil fuels when alternate clean technologies exist, or when fossil fuel dependency creates pollution, warfare, and heats the planet to unsustainable levels that will render our climate unlivable in the near future.

Perhaps what is exceptional is our creativity at creating opportunities for mass suffering: factory farming, the plastification of the ocean, separating families at borders, caging children in unclean facilities, bombing rival nations, slavery, genocide.

Complex? Yes. Superior? Questionable. The real redemptive opportunity exists in the next decade of human action, if we are able to save the planet which we have so callously and systematically destroyed with warfare, pollution, and our addiction to fossil fuels.

Human exceptionalism was at play when the US government chose the Bikini Atoll for atomic testing, feeling that the native inhabitants and wildlife were expendable. E.B. White wrote about the imminent testing, noting that the atoll “begins to feel like the one place in all the world we cannot spare; it all seems unspeakably precious.” I feel this way about every vulnerable landscape I visit in 2019: the coast of California, Miami, Georgia’s barrier islands, my hometown in eastern North Carolina. FEMA trucks still dot the roadsides in the town where I was raised. The beaches were carved up by Hurricane Florence. Livestock die en masse in the summer heat. Those who were already suffering will suffer more. Man-made action has sentenced the landscapes we love to degradation.

Most of us Homo sapiens are undoubtedly estranged from our natural beginnings in the so-called primordial soup, and as primates, hunter-gatherers, or even pre-industrial farmers. The barriers we’ve put between ourselves and the rest of nature have resulted in what ecologists term “species loneliness”—but we should not confuse our isolation or clumsy domination with supremacy. To see oneself as separate from nature is factually incorrect, and perhaps a peculiar form of self-loathing. Imagining ourselves as discrete from nature is a convenient human belief, as you will likely only destroy and exploit what you see as separate and lesser than you.

While I don’t believe we are “better” than other species, I agree that the evolution of our minds has given us the capacity to reflect, model a more ideal future, change our behavior, and manifest a better outcome, something more in line with what E.B. White outlined in “The Wild Flag”: a civilization of societies less focused on borders and touting their own supremacy. Societies more attuned to the basic rights of everyone—and, dare I say, other species—to have access to clean water, food, and safe passage.

Scientists have recently told us that we are facing urgent biodiversity and climate crises that will undermine the pollination, clean water, and stable climate that we need to survive on Earth. We should be responding to this crisis with emergency-level resources, technology, and attention, but our crisis point comes at a time when we are hardened and desensitized to corruption and political emergencies. E.B. White encountered a similar mood in the post-war press. He lamented that The New York Times had placed a scientist’s ethical objections to the atomic bomb on page ten, writing that “Doom is no longer front-page stuff. Too trite.”

We humans have a devastating ability to look the other way, to distract ourselves from crisis, to practice denial in the face of complicity. The Guardian recently reported that the US still has the highest number of climate change deniers among wealthy countries. Furthermore, American consumer spending is on the rise. Americans waste 40 percent of the food we buy.  We have 3 percent of the world’s children, and 40 percent of the world’s toys. White wrote tongue-in-cheek about the collective American guilt after Hiroshima: “The news of the atomic bomb came as a terrible shock to everybody, and the easiest way to take your mind off it is to buy things.”

Imagine how our decision-making would change if we believed we were no longer superior to other nations or to the dolphin in the polluted bay, the bobolink nesting in the pasture, the primate in the laboratory, the cow on the plate. We know humans can cede ground, practice restraint, and demonstrate dramatically pro-social behavior. Sir Nicholas Winton saved hundreds of Jewish children in Nazi-occupied Czechoslovakia. Syria’s White Helmets have risked and lost lives in order to save over 114,000 people in the rubble of their civil war. This summer, a group of men and women spent hours keeping over 45 pilot whales from beaching themselves in Georgia. A biologist in Hawaii spends his life caring for snail species who are the last of their kind. We are capable of bold, redemptive, and generous action, and such action is required of us now.

In the preface to his collected editorials, E.B. White cautions that “the focus of our allegiance will have to shift, or we will find ourselves at last with nothing left to be loyal to.” Tempering nationalism, speciesism, and late stage capitalism in order to save our planet would take radical humility as a citizen, but particularly as a species. It would require ingenuity, brilliance, courage. It would take, and perhaps reveal, the best of us. 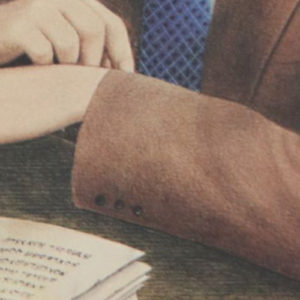 It's finally starting to feel like fall (at least this moment, at least in New York), and even if the weather wasn't cooling,...
© LitHub
Back to top