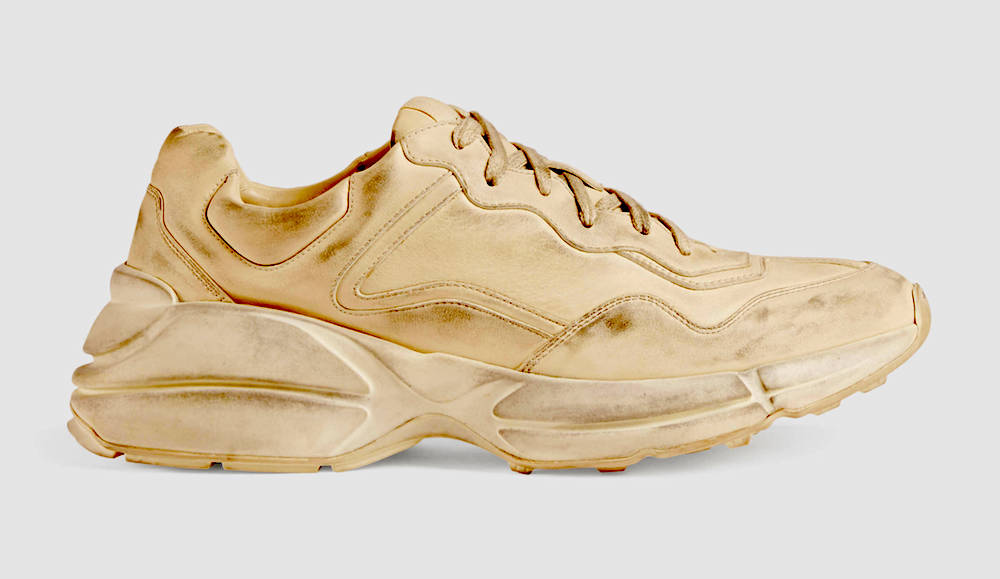 Let These $950 Sneakers Be the End of the Trend

You don’t have to be rich to dress badly. If you really want to look like shit, you can accomplish that for very little money. Wear your own old threadbare or ill-fitting clothing. Buy an out-of-date outfit from a thrift shop. It’s easy and within reach. In fact, if you’re dressing yourself head to toe for $25, it’s easier to look unfashionable than it is to look stylish. You’ll have to resort to buying out of season clothes or flimsy fast fashion knockoffs. I don’t mean to brag, but I dress like a complete slob at least once a week, totally by accident. All the way down to my shoes. My Dad Shoes.

I’m not alone: according to Justin Bieber’s New Balance sneakers, the Dad Shoe trend has yet to fully die out, with new variants and rereleases of retro styles popping up to cater to a public who yearns to unleash their inner little league coach through fashion. You know: picture a guy pushing a stroller through a mall. Now look down at his feet. Yeah, those. And they’re not just for fathers anymore. Dad Shoes, in their myriad iterations, have gone mainstream.

Even in today’s well-populated dadscape, one Dad Shoe stands bald head and Baby Bjorn-clad shoulders above the rest. The apparent end point of what has become a normcore footwear arms race is the Balenciaga Triple S Trainer. The Triple S, if you don’t know it by name, is the apex predator of the Dad Shoe ecosystem. Its chunky, unwieldy contours make the Nike Air Monarch IV (the platonic ideal of a Dad Shoe) look spritely and nimble in comparison. With its unsubtle color-blocking and the truck tire’s worth of rubber constituting each sole sole, the Triple S seems laboratory-designed for immediate relegation to wear exclusively for hedge trimming and dog walking. Except for the fact that each pair retails for $950. As a person with bad taste who routinely overpays for sneakers, I might seem like the target audience for this particular shoe, yet I remain immune to its siren song (a Steely Dan cover, I imagine).

First off, for a pair of sneakers to be worth $950, the left one would have to be an iPhone, and the right one would have to be a scrapbook of cherished childhood photos that you thought had been lost in a fire. These Triple S is comprised of no such utilitarian items. It is just a sneaker. A hideous sneaker. So ugly it makes me mad just to look at it, like it’s a piece of confrontational performance art or Boston’s Government Center. There are so many real and urgent problems faced by our society that require our time and attention. That said, I cannot help but grow furious at the sight of a Triple S Trainer. Is that a rational response? No. But also… maybe?

I hate the Balenciaga sneakers not just on account of their price, and not just because they are ugly (although they are). It is because they are ugly as a bit. They are ugly in the way Christian Bale is sometimes ugly in movies: on purpose and for attention. Isn’t it weird that I, a famously good-looking man would be bald and paunchy in this film? Couldn’t you just die? The ugliness is intentional, and predicated on an audience that knows that aesthetics are being forsaken ostentatiously and at great expense.

Amanda Mull (now at The Atlantic) wrote last year for Nylon about how in women’s fashion, conventional beauty (especially thinness) allows wearers to “pull off” drab garments, “transform[ing] them them into something aspirational.” What “beauty” does for a prairie dress, wealth and coolness do for footwear.

If I’m being honest, though, my visceral hatred for the Dad Shoe trend stems from the fact that it is a joke I cannot be in on.

If you wanted a shoe that looks like the Triple S, you could get some similar-looking Skechers model for less than 10 percent of the price. But the point isn’t what the shoe looks like; it’s what it stands for. And spending $65 dollars for a pair of chunky, paternal Fila Disruptors does not adequately convey the message: “I don’t look good, but I don’t look good on purpose, you rubes.”

The very fact of the shoe’s existence feels like a thumb in the eye of the 99 percent. It’s the sneaker version of a tony fraternity throwing a “White Trash” theme party. It’s like if chef Thomas Keller were to charge $38 for a plate of house-made corn puffs, dusted with aged parmesan. That would just be Cheetos. Cheetos already exist. And they cost a dollar a bag, and they’re incredibly shitty and completely perfect the way they are.

If I’m being honest, though, my visceral hatred for the Dad Shoe trend stems from the fact that it is a joke I cannot be in on. As a married man in his mid 30s with what I think we’ve socially settled on calling a dadbod, clinging to the Bieber-fueled last burst of the Dad Shoe trend wouldn’t make me look cool. It would make me look like a dad. A lawn-mowing, thermostat-dominating, chain email forwarding-ass dad. I am a human New Balance sneaker. It is the natural outcome of the passage of time.

And yes, Justin Bieber could also be a dad, but not in the same way. Justin Bieber does not have to mow is own lawn. And even if he did, he wouldn’t have to dig deep in his closet for a pair of beat-up old Nikes, long banished from polite company, to wear. Justin Bieber could, if he wanted, wear a pair of bespoke, endangered-species-leather moccasins to do yardwork, throw them out afterwards, and never think of them again. Or, he could continue wearing New Balance and lose no cultural capital. He would not even really be a Dad, he’d be a Cool Dad.

I have nothing against dads. (Some of my best parents are dads.) It’s just that I don’t have kids, and I might never have kids. But I could, and maybe some people are disappointed or confused that I don’t already. There’s no wouldn’t it be weird? factor. It would be totally normal, banal. My decision to wear New Balance or a Balenciaga Triple S wouldn’t read as irony (or rich irony); it would seem like I just needed shoes for running errands and chasing a toddler around after work, a capitulation of comfort over style, an affirmation of my intrinsic dadness.

The worst part is, it wouldn’t even be embarrassing. Riding the wave of other trends (super-distressed jeans, face tattoos, cheating on a Kardashian sister) would come off as pathetic try-hardery. But Dad Shoes practically beckon to me.

You cannot stall the passing of time they say. You belong to us now whether you like it or not.

Join us, they whisper, these leaves aren’t going to rake themselves. 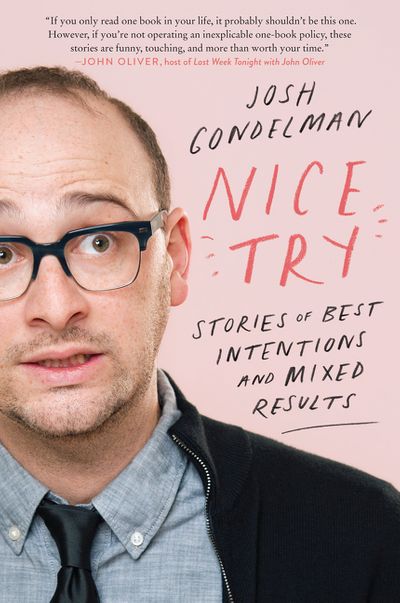 Josh Gondelman is a comedian and writer who has earned two Peabody Awards, three Emmys, and two WGA Awards for his work on Last Week Tonight with John Oliver on HBO. He is currently a writer/producer for Desus & Mero on Showtime. His writing has also appeared in the New York Times, New York magazine, and The New Yorker. He lives in New York City with his wife and pug.

Kevin Barry on the Need to Sustain Our Literature 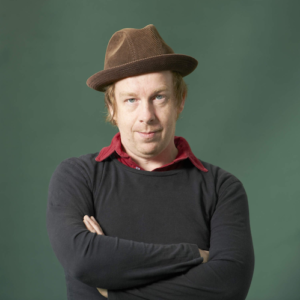 Kevin Barry on the Need to Sustain Our Literature

Kevin Barry's Night Boat to Tangier is out now from Doubleday. *  What do you always want to talk about in interviews...
© LitHub
Back to top
Loading Comments...