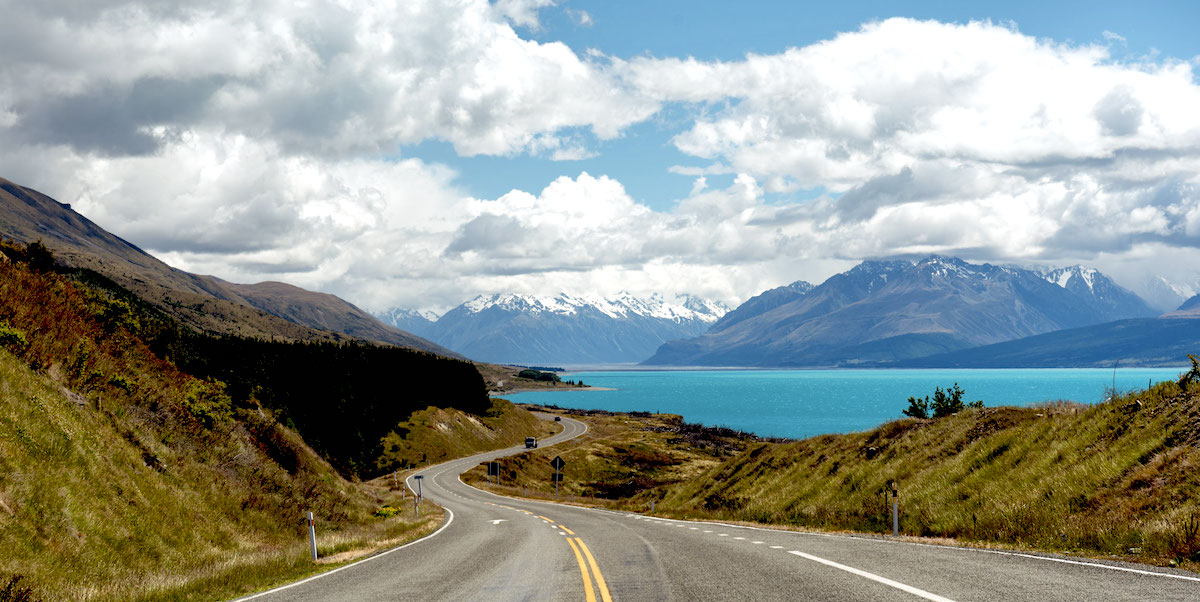 The Soundtrack You Need for Traveling the World With Your Kids

Dan Kois Recommends Spoon, Lorde, M. I. A., and Much More to Listen To

via Little Brown
By Dan Kois

My memoir How to Be a Family is about the year we spent traveling around the world, living in four different countries, in an attempt to get out of our East Coast parenting bubble and learn from how they do it elsewhere. When you travel with your kids for a year, you listen to a lot of music together: driving on the left side of innumerable New Zealand highways, drinking Coke Light in Dutch cafés on rainy days, sitting by the ocean in Costa Rica slapping mosquitoes, singing karaoke in a sketchy small-town Kansas bar. 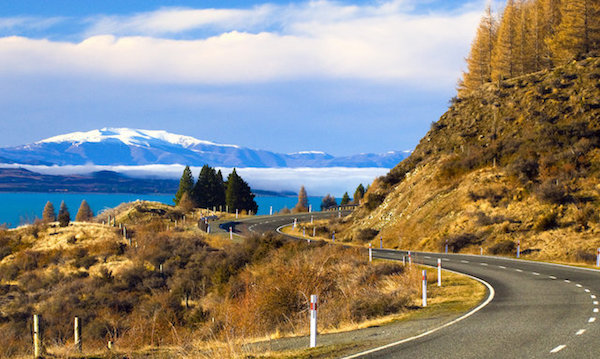 Spoon, “Hot Thoughts”
I’ve written a lot about Spoon before, and in the opening stages of our trip, it was both exciting and a comfort to have an advance copy of Hot Thoughts playing in our Kiwi car as I drove, steering wheel clenched in a death grip, on the left side of the road the length of the North Island. Once we moved into our house in the Wellington neighborhood of Island Bay, the album lived on repeat through a cold, wet New Zealand summer. Each time I played it, I’d ask, “Have you guys heard the new Spoon record? It’s pretty good,” a refrain that, two years later, still makes my wife roll her eyes.

Nadia Reid, “Reach My Destination”
In Wellington, neighbors and strangers adopted us as friends with the enthusiasm with which it seemed Kiwis approached all social opportunities. Backyard barbecues, tramps through the woods, a weekend at a bach (a beach house)—our friends from around the city embraced us warmly in a way I found immensely moving. Our last week in town, my neighbor Regan invited me to a show by this Wellington singer-songwriter, and it was a glorious experience: a gorgeous concert, yes, but also an evening in which I somehow ran into a half-dozen people I’d befriended over the course of our three months.

Lorde, “Green Light”
Lorde’s album Melodrama came out while we lived in Wellington, and we were bemused to see the mix of esteem and scorn with which New Zealand treated the tallest of the nation’s poppies. This song in particular became an anthemic accompaniment to our life there; I particularly remember playing it as my daughter Harper and I drove home from her gymnastics class on a stormy summer evening. I pulled into the parking lot on the Owhiro Bay Parade so we could watch the raging sea splash against the red rocks of the shoreline as the song reached its conclusion. When it was over, Harper asked, “Can we play it again?” so we did. 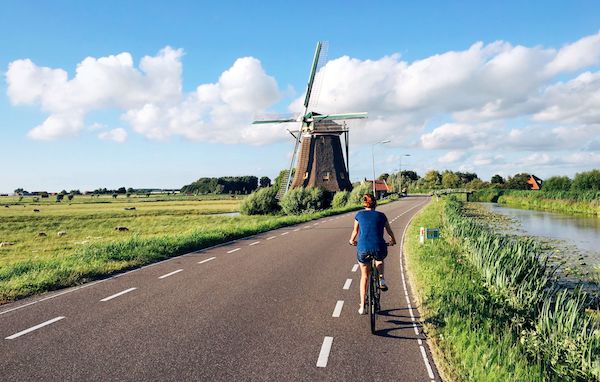 Calum Scott, “Dancing on My Own”
One great thing about living in Europe, of course, is that you’re a train ride away from everything in Europe, and while we lived in Delft we took quick trips to Austria, Germany, and Italy. In all those countries we visited adorable cafés, every single one of which (in the summer of 2017) was playing this same slow mopey cover of a Robyn song by a guy who finished sixth on Britain’s Got Talent. This song truly was the soundtrack to our travels in Europe, reflecting the glumness which was overtaking our children as they realized that we weren’t kidding, we really were doing this trip for a whole year.

Carly Rae Jepsen, “Cut to the Feeling”
That glumness was briefly overcome by the pure joy of Carly Rae’s summer 2017 single, a song that soundtracked a number of dance parties in the kitchen of our flat in Delft.

Boef, “Habiba”
Our isolation in Delft was due in large part to our lack of facility with Dutch. We’d assumed that not knowing Dutch wouldn’t matter, given that 90-some percent of Hollanders speak English, but we were wrong. Dutch is the language of social connection and friendship. It’s the language Dutch people speak to one another at parties, although they’ll turn when a non–Dutch speaker arrives and offer a quick English translation. (Often that translation clearly doesn’t reflect what was actually said.) Harper learned a little of the language in school, though her sister Lyra flatly refused to, a mutiny that essentially broke her classroom. To me all Dutch sounded like throat-clearing, which made this terrific song by a Dutch rapper—the extremely cinematic video of which was always playing on the widescreen TV in our local doner kebab joint—very funny to my ears. 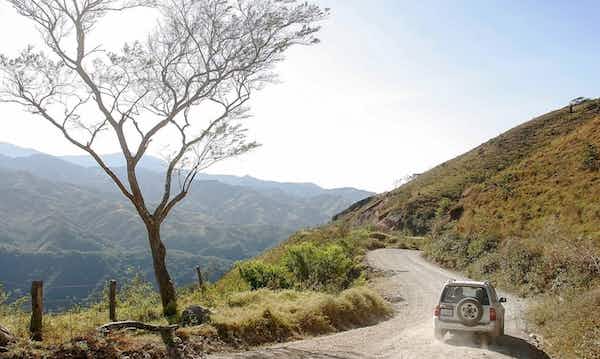 Steely Dan, “Do It Again”
I’d spent years being told by smart music fans whose taste I respected that I should listen to Steely Dan, but had never done so. Indeed the passion with which the band was recommended to me often caused me to shy away. They seemed less like a band to like and more like a test to fail. But hours spent sitting by the sea, trying to write a whole nother book while reporting out this book, seemed like the perfect low-pressure setting to try them out. It turns out, of course, that I’d heard plenty of their songs as a child, played by various uncles in 1979. (On Twitter, a friend joked that “Various Uncles” would be a great name for a Steely Dan cover band.) Anyway, this song (and the whole album it comes from, Can’t Buy a Thrill) became the sound of Costa Rica to me.

Luis Fonsi and Daddy Yankee, “Despacito”
Being away from America for most of 2017 meant we had only a hazy idea of what songs people were actually listening to, so my colleague Chris Molanphy’s summer mix, painstakingly downloaded over the course of hours on our shaky home DSL, was a godsend. We listened to the mix on endless repeat. “Despacito” wasn’t entirely new to us—we’d heard it, in fact, rattling out of cars in Sàmara town—but we had no idea it was a world-shaking hit. Soon the whole family had made up our own version of the song, “No Mosquitoes,” an ode to the insects who tortured us hour upon hour, ignoring the industrial-strength Deet we slathered on each morning.

M.I.A., “Paper Planes”
Somehow Lyra got super into M.I.A. while we lived in Costa Rica. As we spent hours doing nothing in an attempt to embrace the mega-chill, pura vida lifestyle of our tiny beach town, Lyra played the same nine M.I.A. songs over and over on the little Bluetooth speaker we had set up on our porch. Often we’d drive down the road to Sàmara town with this song blaring from the car speakers. Hearing Harper and Lyra make gunshot noises and sing “We pack and deliver like UPS trucks” as we drove past Ticos waiting patiently at bus stops, fanning themselves in the morning heat, just added another flavor to the imperialist stew of our entire Central American adventure. 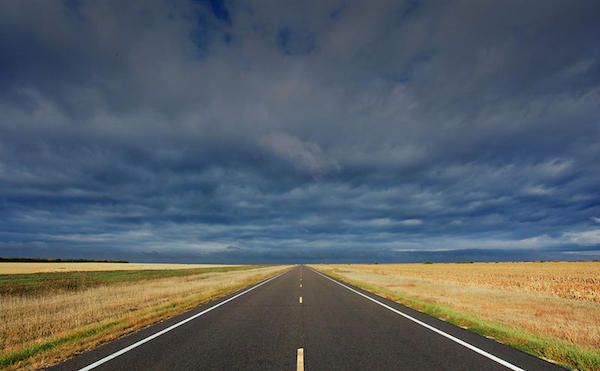 John Mellencamp, “Small Town”
It seemed to me that the residents of the west Kansas town of Hays romanticized small-town life no less than I, the city slicker, did. Our friend Catherine joked that Hays was basically a Stars Hollow of the Plains, where everyone knew everyone and everyone was a character—a description personified by Mayor Shaun, who in addition to being the mayor was the town’s first Uber driver and who also, shortly after we moved to town, opened up a wine bar and market on Main Street. The speakers above the shop’s front door played on endless loop a Spotify playlist that I am pretty sure was based on the search ’80s roots rock. You might think John Cougar Mellencamp has just the one song about small towns—this one—but you’d be wrong. He has a lot of other ones on the same topic, too.

Kacey Musgraves, “Follow Your Arrow”
Life in Hays really was slower, providing locals with the time and space to pursue their passions, from regular game nights to a profitable sideline in fancy breads. For the first time in my life I became a semi-regular at a bar, a real dive called the Q with a weekly karaoke night I attended so regularly that my table “Norm!!”ed me upon arrival. One night my karaoke pal Jarrett and I agreed to bring our similarly-aged daughters, both karaoke fans, with us to sing. Jarrett and his daughter, clearly practiced, absolutely killed on “Anything You Can Do, I Can Do Better”; Lyra and I did a creditable duet on this Kacey Musgraves song, which Lyra grudgingly declares “the one good country song.”

“Cantos para pedir posada” (traditional)
We had been nervous about moving to a mostly white county in a state that voted overwhelmingly for Donald Trump, but I came away from Hays convinced that the undersung political story of the Midwest is not “economically anxious” poor Republicans but Plains progressives like the kitchen workers and farmers and professors I talked to all over Hays. We were welcomed by the town, including Manuel, the head chef at the town’s good restaurant, and his wife Erin. On our final night in Hays, a freezing-cold December evening, Erin and Manuel invited us to their house for their annual posada, a Christmas tradition from Manuel’s native Mexico City, and dozens of us sang this song together—a song narrated by a Joseph who finds, in a stable in Bethlehem, a place where he and Mary can take shelter at last. 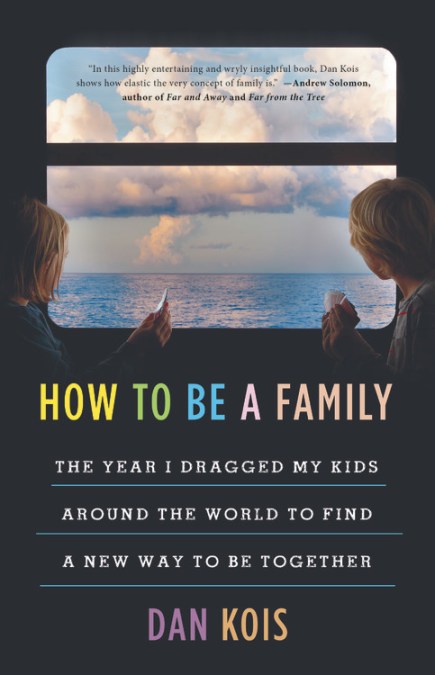 Dan Kois’ How to Be a Family is out now from Little Brown.

Dan Kois is an editor at Slate, founding host of the podcast Mom and Dad Are Fighting, and a contributing writer to the New York Times Magazine. He is the author of How to Be a Family.

What Listening Means in a Time of Climate Crisis 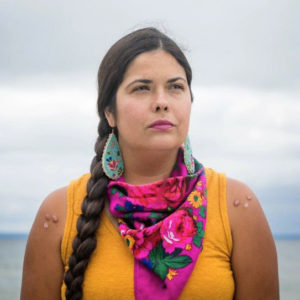 What Listening Means in a Time of Climate Crisis Koko’s fingers move through the bit of tobacco I’ve handed her, sifting to an answer. The afternoon sun dapples the lines...
© LitHub
Back to top
Loading Comments...