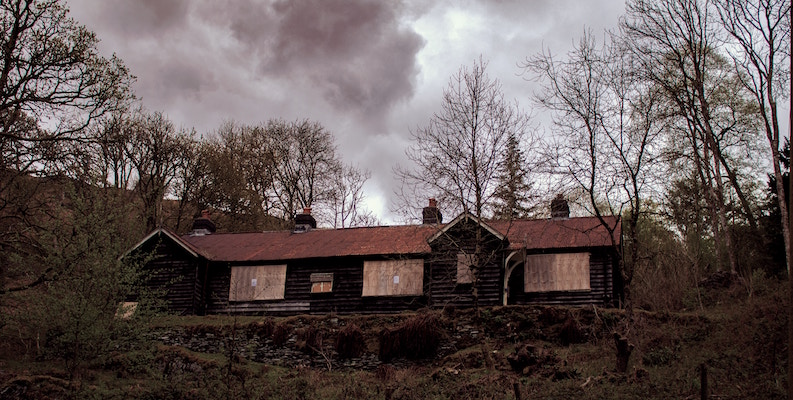 via farrar, straus and giroux

On the Haunted Lives of Girls and Women

At Antioch College in the mid 90s, two courses taught by the fabulous Marianne Whelchel shaped my fascination with feminist literature—specifically the “haunted house.” Not the kind I’d seen in Scooby Doo cartoons, with strategically set up movie projectors and furniture rigged with puppet strings. A real haunted house is a place where a person or people have suffered in silence.

Whelchel was a tall, thin woman with no-bullshit brown eyes, graying hair, and a quiet laugh that made the saddest of topics possible to discuss. We studied works by Doris Lessing, Margaret Atwood and Toni Morrison—The Bluest Eye, Beloved, The Good Terrorist, Cat’s Eye and Handmaid’s Tale—all famous, all life-changing. But my favorite assignment was exploring the lives of women whose stories had not been told.

In the college’s archives, we found journals and correspondence from a diverse group of women who shaped the town. I interviewed my maternal grandmother and her three sisters and learned of the miscarriages their mother suffered—five, total—and how perhaps this is why she died of a “weak heart” at 40. We talked about birth control or the lack of it, my grandmother’s desire to be a gymnast, and the ice rink they’d made in their backyard each winter.

Women, I believe, are better suited to understand what the haunted house, and horror more generally, does best.

Yet, even in their most intimate stories, I heard an echo of the unspoken, the haunted house in which their stories still lived. I listened for what voices needed to be heard. The haunting resided not just in themselves, in their memories, but also in the history of a particular place—a house, an island, a mountain range where the past is so rich with hurt that it can’t help but tangle itself with the present.

I wrote my first novel in middle school—Children of the House—about a family who moves into a haunted house that has a persistent blood stain on the hallway rug. It was my first attempt at exploring the unspoken stories that I perceived in my hometown. We had an actual abandoned brick home that I would bike past regularly to get to my best friend’s house. With tall blank windows and punched-in roof, it sat back from the road behind tangles of weeds, ivy clogging its mortar. In the few times I was brave enough to sneak up on it, I peered inside the windows to see what life had been left behind. Books on shelves. A dining room table listing to one side. A pile of cloth on the floor. A kitchen cupboard cracked open to reveal dishes piled up carefully like vertebrae.

Our small town’s population maxed at 4,000. I was raised on its lore—its haunted houses both literal and figurative. As a child it seemed to me that there was always something I wasn’t being told; the flat line of my mother’s mouth indicating a story too painful to articulate. The town’s haunted house was an obvious mystery, but there were plenty of others, smaller and less visible, even less structurally sound. The broken pile of dishes in my girlfriend’s kitchen trash can. The neighbor woman who always had greening bruises on her upper arms. The old widow down the street who invited us to see her collection of snake skins and bird bones. The drawer I wasn’t allowed to look in in a friend’s rolltop desk. She, I’d understand much later, was the first of us to menstruate and didn’t want me to see the feminine hygiene products stored there—it was a humiliation that we could not yet share.

Women, I believe, are better suited to understand what the haunted house, and horror more generally, does best—it manipulates reality to amplify the everyday terror women go through against the power of what it means to be female. We make our homes in bodies that bleed once a month, a gift that brings life, and yet we are told that this body, this shedding of lining is fundamentally disgusting and best ignored. Our orgasms are mysterious and unimportant. The idea that we’d fabricate a story about our body being abused is far more believable than the story itself. Our bodies are the horror show. The ghosts we see are not real. As a woman, what you understand to be true and right could easily be contorted until it is a shape you barely recognize, and in this way, the world can legitimately call you crazy.

Tell the haunted house’s story. Listen to it again and again, especially when it hurts.

Those who identify as female know what it means to be hushed, medicated, erased. In her landmark novel, Bastard Out of Carolina, Dorothy Allison writes about the interior—a haunting that violence brings to a life, a story that runs parallel to me with Shirley Jackson’s The Haunting of Hill House. In each, “ghosts” are forced to occupy the same space again and again, sharing their sorrow with the living. Although Cowboys Are My Weakness by Pam Houston might not be classified as feminist horror, to me it sets up the same paradigm: how the ghouls from childhood follow us forward and shape future decisions—good and bad. How is that not a haunting? We women build our haunted houses from remnants handed to us at birth—and the privileges or lack of privilege that came with them. They are constructed on the backs of the secrets we keep about our bodies, how we use them, and how they are used.

To me, the haunted house lurks not on the edge of a normal town, but as a memory, a place, or a time so violently quieted that it comes back at us again and again. Marginalized cultures know this best. Their lives are not worth as much. Their perception of their own circumstances is not reliable. Women, as one example, have been told that what we see is not real. That what we value needs to match the dominate culture.

My grandmother and her sisters laughed and chortled and spoke matter-of-factly about marriage and babies and sexuality. But there are plenty of things they did not say. It’s those stories that are the haunted places, they remember even when we don’t or won’t. The land knows. The house we built up out of it remembers. On a long-ago road trip around the country, we stopped first at my grandmother’s house outside of Detroit—it was balanced on top of a great ravine into which her driveway was crumbling. My grandmother kept her external space neat. It smelled of small, rose shaped soaps. She never saw the need to tell the unheard stories, the messier ones, but I could find hints even in her carefully sculpted home. The remnants of her husband—my grandfather—who died too young at 50.

His drawings not heartfelt but careful and full of potential. Her second partner, who lived much longer and louder, his downstairs bar left as is, complete with red shag carpet long after he died of cancer. The Jesus in the upstairs hall that cried oily hot tears, a reminder of the Catholicism that had terrified my mother as a child. My grandmother had done a lot in her life; she’d been brave, raised kids and worked full-time at a bank. She’d had some version of it all, but society had also molded her to fit its shape. Her high heels were the greatest physical evidence of this for me. When not on her feet, they sat at the top of the stairs—worn so frequently and without an alternate that her tendons had grown tight and short, keeping her stride shallow and her ability to change minimal. It has always made me wonder if I’ll notice the traps set for me and my generation, the constraints I have taken for granted, not ever trying to disrupt them.

A year ago, my family moved to New Mexico not 30 minutes, I now know, from Jeffrey Epstein’s ranch—a haunted house in the making if not already made. Atrocities committed against women, those we do to ourselves, the ones we pass on to our daughters and granddaughters, and the ones we ignore do not go away even when we bend our own bodies to fit the mold provided. They hibernate, sometimes in plain sight. They find a way to rise back up out of the earth to be seen and claimed as real, worth talking about. Stories fighting to be told.

I would argue that the safest way to live, particularly as a cisgender, white woman, is to look at the horror. As a reader, I want to live in the haunted house. As a feminist writer, I want to do even more: flip over its objects, give it life, and follow the path to reveal all its dark secrets. Tell its story. Listen to it again and again, especially when it hurts. 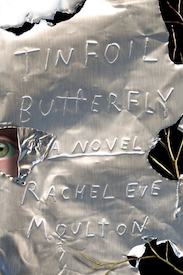 Rachel Eve Moulton earned her BA from Antioch College and her MFA in fiction from Emerson College. Her work has appeared in The Beacon Street Review, Bellowing Ark, Chicago Quarterly Review, and The Bryant Literary Review, among other publications. Tinfoil Butterfly is her first novel. 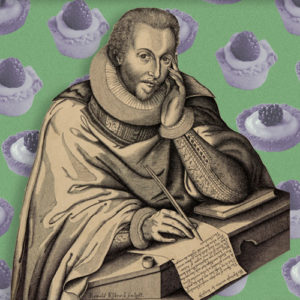 It was 1613, and Robert Carr was in love. He had fallen hard for a young woman by the name of Frances Howard, whom he'd met at King...
© LitHub
Back to top
Loading Comments...