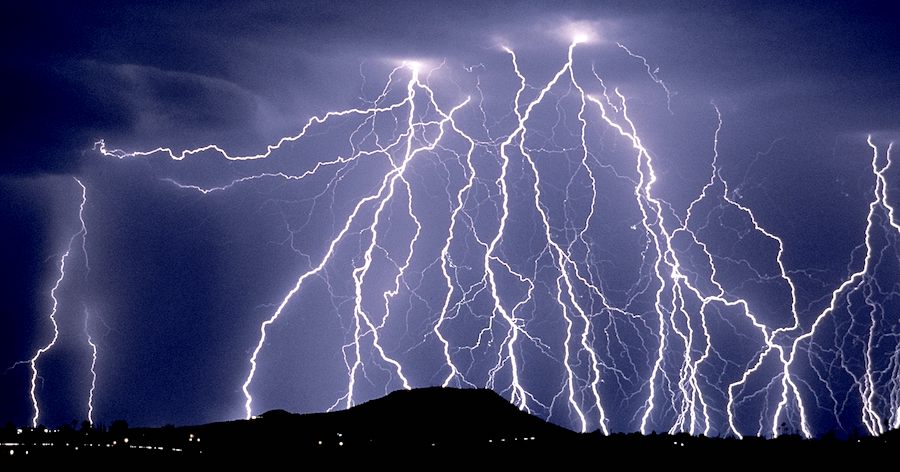 On the Dark and Dangerous Underbelly of Climate Conspiracy Theories

Anna Merlan on the Dark Underbelly of Climate Denialism

In July, as temperatures across the United States started to soar in the triple digits, Mike Adams was, for a rare moment, in a celebratory mood. “The climate change hoax,” he exulted on Natural News, the website he founded, “has collapsed.”

New research, Adams claimed, had shown that human activity has “virtually no measurable impact on the temperature of the planet.” The “extreme alarmism of climate change lunatics” could be safely ignored, he assured his audience, as it had been vigorously proven that it was “all based on nothing but fearmongering media propaganda and faked science.”

Adams has dubbed himself “the Health Ranger,” and Natural News is his long-running and exceedingly strange pet project, which blends dubious health tips and thinly sourced blogs about dodgy alternative treatments with floridly fake news about geopolitics from a far-right perspective. According to reporting from the Daily Beast, before Facebook banned the site for promoting spam, it had more followers than InfoWars, a much better-known conspiracy engine. (Adams, who’s not a very measured guy, responded to the latest ban by urging Donald Trump to break up big tech companies using military force.)

Adams was responding to the news of a new, exceedingly fringe study from Finnish scientists claiming that cloud coverage is responsible for global temperature changes; the study, which was also hyped on Fox News, was not peer-reviewed and other scientists have identified substantial flaws in its methodology. All that besides, there was hardly a more inopportune moment for Adams to make such a sweepingly wrong statement. July saw some of the hottest temperatures on Earth since record-keeping began in 1880, including brutal heat waves across Western Europe, Japan and the United States, and an abnormal number of deaths in the Netherlands, which the country’s national statistics agency attributed to the heat. More recently, a United Nations report warned that climate change is threatening the world food supply.

By any measure whatsoever, our climate crisis is a dire and increasingly unfixable emergency. But climate conspiracy theorists tell a very different story: that climate change is either an entirely manufactured hoax engineered by world governments, or else that it’s a natural event—the earth heating and cooling again on a predictable cycle—being played up by ambitious scientists and government agencies for their own, greedy ends. “Nobody denies the climate is constantly in flux,” fossilized conservative talk radio host Rush Limbaugh declared recently. “And nobody should deny there’s nothing we can do about it.”

So what drives climate conspiracy theories today? A broad skepticism of government institutions and scientific experts is common, as is a more specific suspicion that dire climate warnings are a pretext for seizing more control over the lives of citizens. (At the most extreme end, climate change is described as a myth propped up by the United Nations as part of their desire to institute a tyrannical one-world government.) Together, climate denialism is rapidly coalescing into a truly toxic stew, one ladled out by far-right politicians, conservative media personalities and conspiracy peddlers alike. And there’s compelling evidence that the narrative they’re pushing has potentially disastrous consequences.

In a twist that conspiracy theorists might love, there’s some evidence that climate denialism is, itself, a conspiracy.

And there are bigger, more concerning actors at work here than Mike Adams and his florid blogs, of course. In 2012, the current president of the United States referred to climate change as “a hoax” perpetrated by the Chinese to make US manufacturing less competitive (he’s also displayed a baffling hostility to wind turbines). Brazil’s authoritarian president Jair Bolsonaro, in the midst of a push to roll back environmental protections, appointed a Minister of Foreign Affairs, Ernesto Araújo, who’s expressed skepticism on numerous occasions that climate change is happening. “I don’t believe in global warming,” he commented during a cabinet meeting, according to the magazine Época. “See, I went to Rome in May and there was a huge cold wave. This shows how global warming theories are wrong.” (Other countries simply largely ignore the problem where it’s inconvenient; Poland, for instance—which is, not coincidentally, the largest coal producer in the European Union—has very low rates of media coverage on climate change and climate policy, one study found.)

Among ordinary citizens, the United States is among the countries with the most serious climate denialism problems, according to a large global survey conducted by YouGov and the Cambridge Globalism Project, The Guardian reported. Denial that human beings are responsible for climate change is a more widely-held belief here, per the survey, than almost anywhere else in the world that they studied, with only Indonesia and Saudi Arabia showing higher percentages. A full 17 percent of people in the US agreed with the statement that “the idea of manmade global warming is a hoax that was invented to deceive people.”

But in a twist that conspiracy theorists might love, there’s some evidence that climate denialism is, itself, a conspiracy. The author and associate professor Martin Hultman, who writes frequently about environmental issues, told the German news outlet Deutsche Welle in December 2018, “Until the mid-1980s, there was a really strong consensus between politicians and scientists that climate change is really acute and that we have to do something about it.” But then, he says, something changed: the oil and coal industries started to produce their own research to “prove” that climate change wasn’t real, or wasn’t as serious as was previously shown, and to work with think tanks who backed that point of view, like the libertarian, “free market”-oriented Heartland Institute, which holds regular conventions dedicated to showcasing the few “scientists” who reject the broad consensus on climate change. Multiple interested parties were attacking credible science from all sides: Greenpeace has reported that the Koch brothers spent roughly $127 million between 1997 and 2017 to fund a broad spectrum of climate change denialist groups, at the same time that Exxon Mobil was publicly downplaying climate change reporting that its own internal research knew to be true.

As with most conspiracy theories, though, climate change denialists can point to events and data points they say justify their skepticism. A major one came to be dubbed “Climategate,” when, in 2009, a server at the Climate Research Unit at the University of East Anglia in the United Kingdom was hacked, just before a major global summit on global warming in Copenhagen.

Thousands of emails were stolen and then uploaded to a server in Russia, soon spreading across the web. Denialists—the Heartland Institute chief among them—claimed that the emails showed climate scientists were conspiring to manipulate data and cover up weak evidence for global warming, as well as suppress dissent. The people involved in the leaked emails said they’d been taken seriously out of context and badly misinterpreted by a non-scientist audience. But the damage was already done: the idea that climate science is a global conspiracy still comes up regularly, and is routinely utilized by the organizations pushing the idea.

Conspiracy theories about environmental science aren’t limited to the climate, either.

Conspiracy theories about environmental science aren’t limited to the climate, either. One longstanding conspiracy theory holds that the High Frequency Active Auroral Research Program—a research project in Alaska that’s partly funded by the federal government—is a secret weather-controlling device or worse. Former Venezuelan president Hugo Chávez said it was used to create a 2010 earthquake in Haiti, according to the Associated Press. Former Minnesota Governor Jesse Ventura appeared in a 2009 TV series with a famous HAARP conspiracy theorist named Nick Begich, the son of a late congressperson, to claim that the research project was capable of mind control.

Elsewhere, a growing number of conspiracy theorists on social media have fixed their suspicions on earthquake science, accusing the United States Geological Survey of hiding the real causes of earthquakes or claiming quakes had a lower magnitude than the one in the official record. The effects of this kind of storytelling are, again, evident: at their core, they can push people to disregard scientific consensus, or, worse, view scientists themselves as part of a sinister conspiracy.

Mika McKinnon is a geophysicist and disaster researcher who also works as a science communicator, and she’s well-aware of the risks of climate and environmental conspiracy theories. She’s skilled at talking about scientific concepts to a general, and sometimes skeptical, audience, and has developed some rules about how, and when, to debunk a false idea.

“I don’t try to argue with a conspiracy theorist,” she told Lit Hub. “But I also won’t let bad information stand. I’ll make [a] correction and I’ll move on.” She’s very aware, she says, that she’s not going to change the mind of the person making the false or conspiratorial argument. “Instead, I’m really speaking to everybody who’s listening, everybody on the Twitter thread or everyone else in the room.”

One of the key things she’s pushing back against, McKinnon says, is the climate denialist idea that nothing can be done about our global environmental emergency. “Nihilism is appealing,” she says. “It’s easy. I hate that we’ve changed the conversation from, ‘Climate change isn’t happening’ to “It’s too late, who cares, why bother?’ We have to do something.”

*
This story has been updated to more accurately reflect the positions of the Heartland Institute. It is part of Covering Climate Now, a global collaboration of more than 250 news outlets to strengthen coverage of the climate story.

Anna Merlan is a senior reporter at G/O Media and the author of the 2019 book Republic of Lies: American Conspiracy Theorists and Their Surprising Rise To Power. 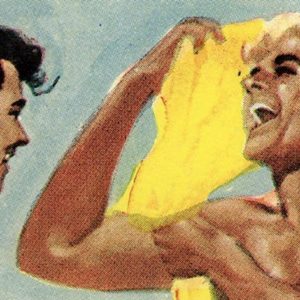 If you look back at any period of repressive order or puritanism in history, the underground thrives, whether it is samizdat...
© LitHub
Back to top