The late Jim Harrison’s writing philosophy • Luke Mogelson on far-right militias • Ling Ma talks about the surreal and the sublime • Chinelo Okparanta considers the ethics of writing across racial identities • Elissa Bassist on treating her writers’ block by treating her OCD • Read Annette Dauphin Simon’s book spine poetry • The magic of creative constraints • The danger (and hope) of a first year in America • Writing the story of Saint Patrick’s Battalion • Sarah Kendzior on Trumpland’s criminal distortions of American reality • Matthew Zapruder on poems for dire times • 43 literary movies and TV shows to watch this fall • How a group of young writers revolutionized 18th-century literature • A lifetime of learning from Black history • Journalistic techniques for fiction writers • A plea for more language to talk about visual art (and artists) • What healing rituals across cultures tell us about the human condition • Kailyn McCord considers the myth of the Made Writer • Nine Black Diasporic voices imagine a better world • How Moll Cutpurse embraced gender nonconformity in the 1600s • On the first women spies in the CIA • How Goethe’s Sorrows of Young Werther led to a rare suicide cluster • Are smarter people more prone to irrational biases? • How The Rings of Power is reimagining important characters • 14 books to read for National Translation Month • How state welfare offices perpetuate a culture of blame • Growing up in “a family reluctant to tell stories” • Remembering two women who fought to save Jewish children in WWII-era Europe

It's official: Book-banning attempts aimed at libraries are way up this year.

A.M. Homes on How to Write Characters that Stick with Your Readers 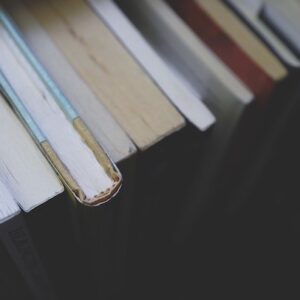 It's official: Book-banning attempts aimed at libraries are way up this year.

The American Library Association has released its preliminary data on attempts to censor books or limit library resources,...
© LitHub
Back to top