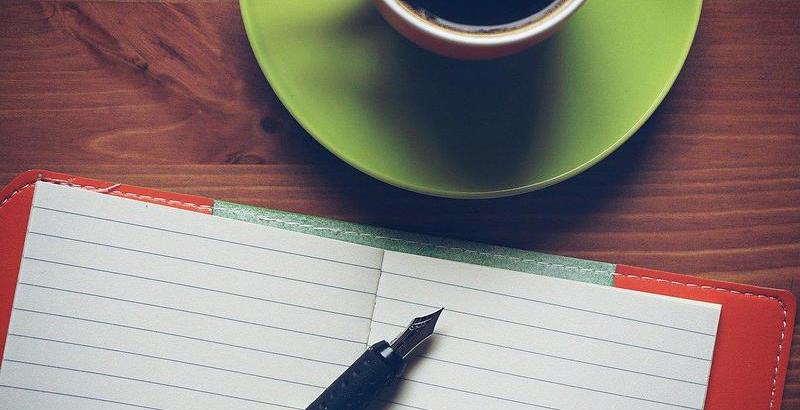 When I left my career in journalism in 2018 to study creative writing, I was worried that my training as a news reporter might make it hard for me to write fiction. After all, if there was one thing my time in newsrooms taught me, it was that I wasn’t allowed to make things up. The facts were the facts. Dates and stats needed to be tripled-checked, statements and names confirmed, timelines cross-referenced, and if I ever got anything wrong, a correction had to be issued as I sulked in embarrassment.

And so, getting started in fiction felt like pulling teeth. I continuously doubted myself, unsure if the characters and events I concocted were believable. For months I wrote while looking over my shoulder, as though the Fact Police were going to tackle me to the ground for daring to do make things up. But as I kept writing, spinning up my novel, All That’s Left Unsaid—a literary mystery about a young woman who tracks down the witnesses to her brother’s grisly murder, determined to find out what happened and why they each claim to have seen nothing—much of my journalism training, which I’d thought would hold me back from writing fiction, actually helped me draft, revise, and sell my novel.

Below are some of the skills I picked up as a journalist that, rather than being a hindrance, have been an enormous help in writing fiction.

Discipline
A confession: when I set out to write All That’s Left Unsaid, my greatest fear wasn’t that it would be bad, it was that I wouldn’t be able to come up with enough material to meet the minimum word count for a novel—good or bad. At the Los Angeles Times, the average length of an article was around five hundred words. For a feature, I had the luxury of twelve hundred. This meant that the thought of writing sixty-thousand-plus words on anything was one of the most daunting challenges I’d encountered as a writer. Sixty-thousand words was a hundred and fifty unprompted news articles!

I overcame this fear by approaching my novel in the same way I approached journalism: by trusting in the process and doing a little bit every day. As a reporter, if I wrote only when I felt inspired, I probably would have gotten fired early on. So, with little more than a vague idea of what I wanted my novel to be, I started writing. I set the bar low—three hundred words a day—to ensure that I would clear it and feel a sense of accomplishment. The words weren’t always good, but the act of writing every day made it a habit, which made it less daunting, which gave me the confidence to keep going. Discipline, I learned, is more reliable than inspiration.

The Hook
One of my least favorite things about being a reporter was receiving the daily readership numbers. Few things were as disheartening as spending weeks on what I thought was a big, important article, only to see it at the bottom of the charts because no one read it. I learned the hard way that it wasn’t enough that I thought a story was interesting—I had to make it interesting for readers, too. This meant hooking a reader with a compelling lead, prioritizing what was newsworthy, and keeping them engaged with rewards, whether it was a narrative too good to put down, a character rendering too colorful to look away from, or information too important to ignore (see: George Saunders’ explanation of “gas stations”). I took this lesson straight to the opening line of my novel, which could double as the lead of a feature article: “The circumstances of Denny Tran’s death were so violent that most people in Cabramatta were too spooked to attend his funeral.”

Dialogue
I used to study the work of reporters like Tom Hallman Jr., Lane DeGregory, and Eli Saslow because I loved how their stories made me feel. I was struck by how well I remembered the people they wrote about, how vividly I could replay interactions in my head that they’d rendered on the page. Part of what made their storytelling so good was their discerning use of quotes. In their articles, they paraphrased until the very moment a source said something so insightful or so character revealing that a reporter’s paraphrasing would not have done them justice.

I kept this in mind as I wrote All That’s Left Unsaid. As I crafted character dialogue, I scrutinized each line, asking whether a character needed to speak and, if so, what was accomplished through their speech. If a snippet of dialogue wasn’t pulling its weight, it went the way of many of my news articles (cut, cut, cut!).

Research
Conducting research may seem counterintuitive for a person trying their hardest to get away from the facts, but research ended up being the thing that unlocked my imagination. I had to know the facts before I could stray from the facts. For example, I set my novel in the Sydney suburb of Cabramatta during the height of its heroin epidemic. I wanted my novel to address the epidemic in some way, but because I was a child in the 1990s and my Cabramatta upbringing was relatively sheltered, I had enormous knowledge gaps. Things I didn’t know included: Why the heroin epidemic was centralized in Cabramatta; how much heroin cost; how a person made the leap from smoking heroin to injecting it; and why some people got sucked in while others were able to keep a distance.

In journalism as in writing, I realized that if I can’t advocate for my own story, no one else will.

Although my novel ultimately did not focus on heroin, through reading news clippings and ethnographic papers from the 1990s, and interviewing people who lived and worked and used in Cabramatta, I was able to imagine characters who were products of that time and place. It gave me a clearer starting point from which to make things up.

The Pitch
An unavoidable part of being a reporter was pitching. Before I could start any article, I had to get the green light from my editor, who often had to get the green light from their editor, who, if they were gunning for a front-page slot, had to then pitch their editor. With each layer, there was less time to pitch, less room for details, less attention to spare. The result was if I wanted to tell a story, I had to be able to distill it into an elevator pitch with a clear “nutgraf” (I.e. that sentence early in an article that explains to the reader the broader implications of a situation).

This skill was useful when I was writing my novel because it helped me stay on track—I always knew what I wanted my story to be about. But it was even more useful when I was cold-contacting literary agents to seek representation.

When I first started telling friends about my novel, I hemmed and hawed: “Well, it’s about this refugee community in Australia, and they’ve been ignored for a long time, and they’re going through a heroin epidemic, too, and then this woman’s brother gets killed, and then she…” I could see their eyes glaze over. By the time I was ready to send my query letter to agents, I’d polished my pitch: “When a 17-year-old boy gets beaten to death at a busy restaurant in a refugee community and the witnesses all claim to have seen nothing, his older sister takes it upon herself to track down each witness to find out what happened.”

I’m not a natural salesperson—I bet few people become writers because they love making sales pitches. But in journalism as in writing, I realized that if I can’t advocate for my own story, no one else will. If I can’t convince an agent to give my manuscript the time of day, what chance will an agent have at convincing a publisher, and what chance will a publisher have at convincing a reader? I’m relieved that pitching isn’t a big part of fiction writing, but when I have to do it, I make it count. 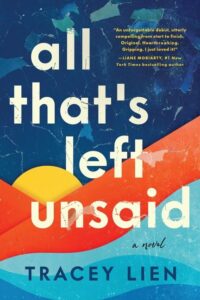 All That’s Left Unsaid by Tracey Lien is available from William Morrow, an imprint of HarperCollins Publishers.

Tracey Lien was born and raised in southwestern Sydney, Australia. She earned her MFA at the University of Kansas and was previously a reporter for the Los Angeles Times. She lives in Brooklyn, New York. All That’s Left Unsaid is her first novel. 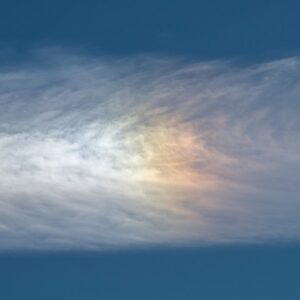 My creative life began in the dilapidated art building of a Midwestern, Big Ten college with a busted up Coke machine in the lobby...
© LitHub
Back to top
Loading Comments...