In the Last Interview series, John Lewis discusses the symbolism of the Edmond Pettus Bridge • Why the new Murakami adaptation is a masterpiece • A close reading of Bob Dylan’s song-poem about the JFK assassination • How Hunter S. Thompson put the Dadaism in sports writing • On Ted Lasso’s reverential tone toward literature • Sarah Mullens on the West Virginia stories that authors are failing to tell • What we’d lose by privatizing public libraries • On the life and work of iconic Cuban novelist Jose Lezama Lima • A conversation with graphic novelist Brecht Evens • What Lovecraft Country gave to Black audiences • A new way of thinking about the presence and work of Black women teachers • How Persephone Books makes space for women writers • Ian Williams on books that make good literary neighbors • Lara Vergnaud on the task of translating musicality • Jenny Valentish recounts her journalistic journey into BDSM • Searching for words that capture obscure sorrows • So you want to write a novel? Stephanie Gangi recommends starting with a mission statement • Jonathan Gottschall on the drug-like trance of reading • How Black spirituals gave rise to new musical genres • Behind the Scenes of David Fincher’s Fight Club 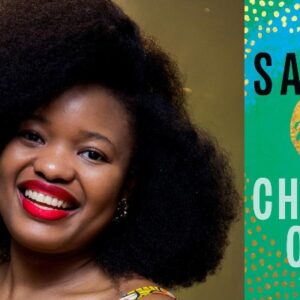 This week on The Maris Review, Chibundu Onuzo joins Maris Kreizman to discuss her new novel, Sankofa, out now from Catapult. * On...
© LitHub
Back to top