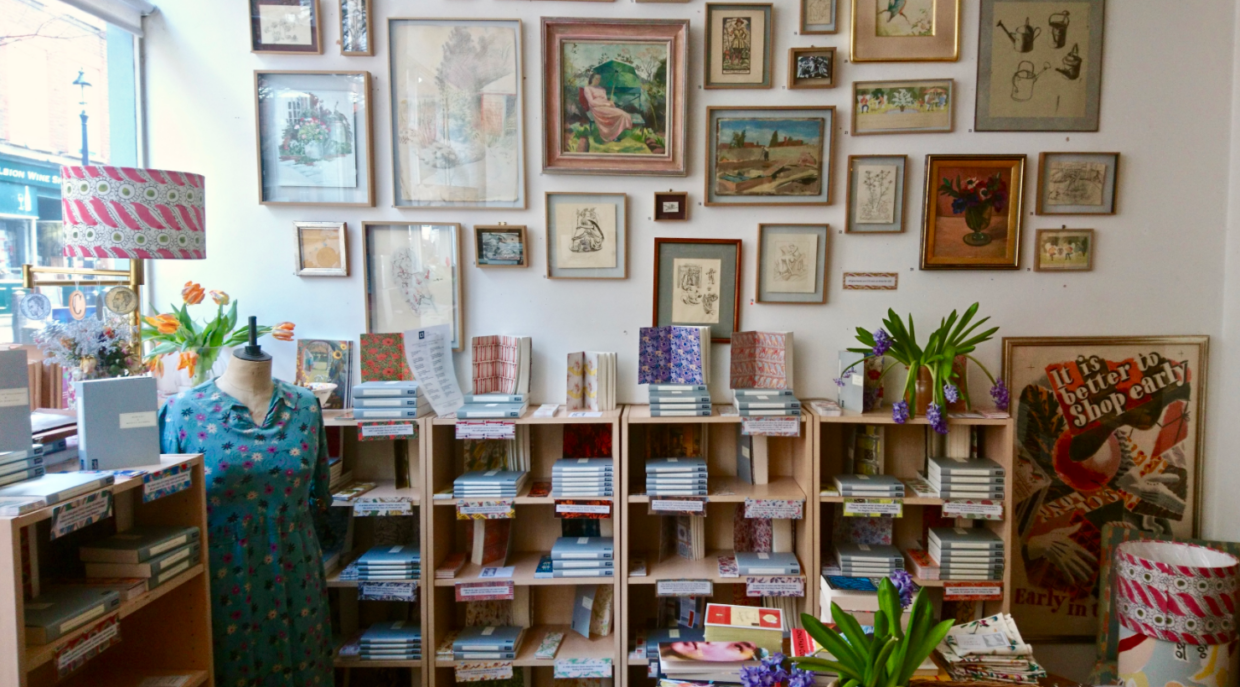 On the UK-Based Publishing House-Turned-Bookshop

Starting a publishing house is an ambitious undertaking, especially if one is planning to sell forgotten classics of the past hundred years. Contemporary bestsellers tend to have bright, inviting covers and a particular style of engaging prose that seems made for the reader who consumes a few sentences between the demands of the day. It is for this reason (among others) that Nicola Beauman’s publishing house, Persephone Books—pioneered in London and since relocated to Bath—stands out as a welcome literary project in the 21st century.

Persephone Books publishes reprints of mostly female authors from the early 20th century with the promise that each book is chosen by Beauman based not on potential profitability but on pure admiration. “Persephone” is, of course, the daughter of Zeus, and is a symbol of female creativity and new beginnings. Upon receiving a modest sum after her father passed away, Beauman launched the imprint in 1999 with the release of several books for mail order, sharing the Persephone catalogue with 500 acquaintances. After only a few years as a mail-order press, one of Persephone’s books, Miss Pettigrew Lives for a Day by Winifred Watson, became a bestselling novel and later film adaptation.

For a few years, Beauman ran the publishing enterprise from a basement office in Clerkenwell. After the success of their first bestseller, Beauman moved Persephone Books into an office in nearby Bloomsbury, which transformed over time into a bookshop after a few more of the publisher’s titles hit the bestseller list.

The store has an intimate and welcoming atmosphere, its shelves stacked with Persephone’s currently in-print titles (141 of them!), the monochrome of the press’s signature grey book jackets balanced out by colorful prints and fresh flowers throughout. Persephone re-publishes a few new titles each year, adding to its ever-expanding collection, and making sure Persephone admirers always have something new to choose from.

After trying—and failing—to convince mainstream publishers to reissue the titles she was desperate to read, Beauman decided to just publish them herself.

Not only does Persephone Books serve as an outlet for authors like Dorothy Whipple, Lettice Cooper and Hellen Hull to be read by wider audiences, but it has been home to a generation of “Persephone girls,” as Beauman describes in interviews. Since the shop opened in 2001, Beauman estimates that something approaching seventy young women have passed through its doors at the start of their careers, from there launching into PhD’s, legal careers, serving in the army, and more. Francesca Beauman, Nicola’s daughter, helps run the shop part-time and shares snippets about the store in her video series “Fran’s Book Shop.”

Persephone Books exists in large part to draw attention to its authors, and the staff is always keen to make recommendations based on a customer’s particular needs. For this autumn reading season, the women behind Persephone Books are eager for readers to pick up “The Fortnight in September” by R.C. Sheriff.

There is an egalitarian philosophy behind the way Persephone Books celebrates its authors, the monotone grey of the covers individuated only by the title and the vibrant prints on the inside flap. If you ask Nicola—or any of the Persephone girls—what her favorite book is, you will most likely be met with the explanation that they love all the titles for various reasons. Beauman has sought to foster a community space for women to celebrate literature, and has hosted countless talks and lunches featuring contemporary authors reflecting on Persephone writers (Ali Smith on Katherine Mansfield, for example). Persephone readers have also come together outside of London, hosting teas in New York City and Washington, D.C., to celebrate the launch of new editions.

The perennial question Persephone Books gets is why only female writers? And the answer is simple according to Nicola: because the English literary canon is predominantly male. Publishing is a political endeavor that has long been dominated by white men, and we’re only now starting to see that historical imbalance shifting, thanks to very vocal calls for literary inclusion. Beauman attributes this lack of diversity, in part, to the “privileged existence of being a novelist,” a vocation that demands a degree of financial stability in order to have the time and space to write. In 1983, Beauman explored her fledgling obsession with female authors in A Very Great Profession, about the fiction of English women writers between the wars. After trying—and failing—to convince mainstream publishers to reissue the titles she was desperate to read, Beauman decided to just publish them herself.

The late Canadian novelist Carol Shields was an early supporter of Persephone Books and took an active role in promoting the publisher; at one point Shields wrote to Persephone members about The Home-Maker by Dorothy Canfield, marveling at its “acute angle of vision and the fullness of [its]sympathy, toward both men and women—and children.” In Shields’ semi-autobiographical novel Unless, the character Retta Winters admonishes the literary establishment for failing to include more female writers, blaming her daughter Nora’s depression on the reality that she was never given a wider lens through which to see the world, a fictional sentiment that feels very real, even to this day.

In the spring of 2021, the owners published a letter to their readers stating that “after twenty Springs in Lamb’s Conduit we felt a slight restlessness… we felt we wanted to emerge somewhere different.” The women behind Persephone Books decided to move the bookshop to Bath. The last day that Persephone Books was open on Lambs Conduit Street in central London, lines formed with customers eager to get their last look at the store, and to chat with the staff members. One woman walked through the doors asking if Nicola was around and left her a letter of admiration.

I asked for a short story collection in the vein of Alice Munro and was handed Good Evening, Mrs. Craven: The Wartime Stories of Mollie Panter-Downes. Though London won’t feel the same without them, Bath feels like a perfect fit for Nicola and Francesca and the other Persephone girls—it is, after all, the literary home of Jane Austen…

Christina Obolenskaya is an avid participant of the online book community, running her own bookstagram (@oboreads) and author podcast called "In the Stacks." She reads and writes mostly about feminist literature. 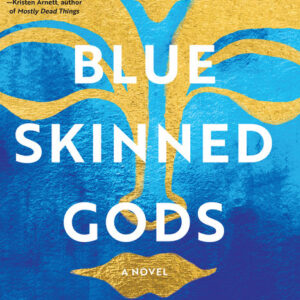 Twelve years earlier, a girl named Roopa arrived at our ashram in Tamil Nadu, India, dying from a sickness only I could cure....
© LitHub
Back to top