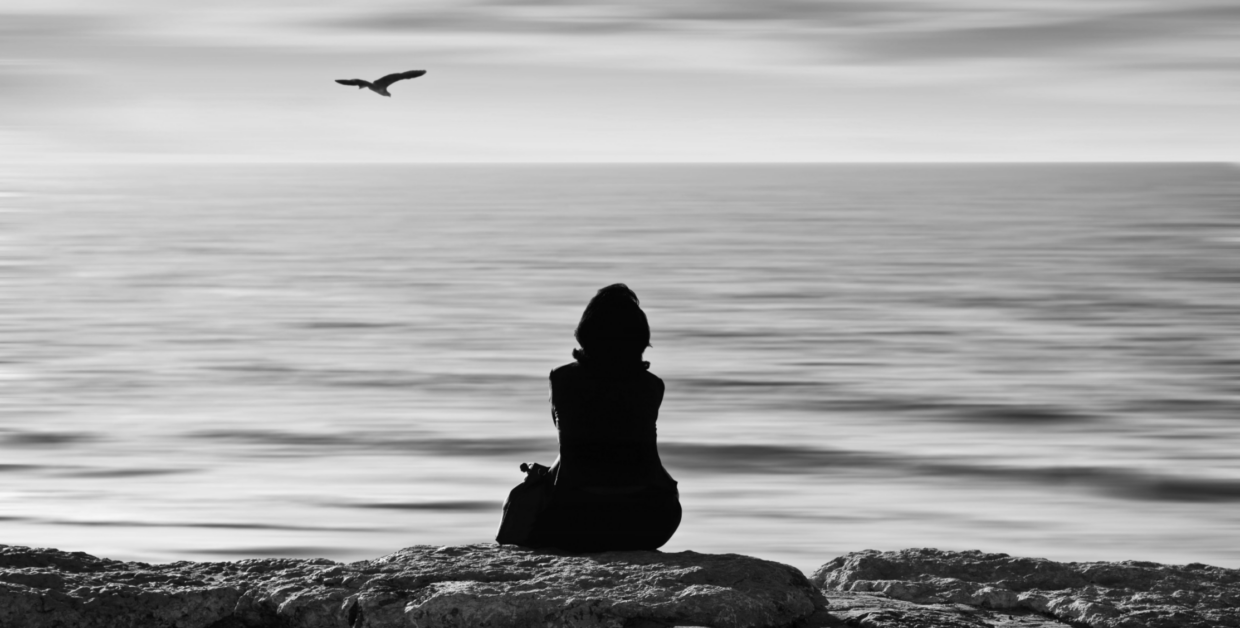 It’s a calming thing, to learn there’s a word for something you’ve felt all your life but didn’t know was shared by anyone else. It’s even oddly empowering—to be reminded that you’re not alone, you’re not crazy, you’re just an ordinary human being trying to make your way through a bizarre set of circumstances.

That’s how the idea for this book was born, in that jolt of recognition you feel when learning certain words for emotions, especially in languages other than English: hygge, saudade, duende, ubuntu, schadenfreude. Some of these terms might well be untranslatable, but they still have the power to make the inside of your head feel a little more familiar, at least for a moment or two. It makes you wonder what else might be possible—what other morsels of meaning could’ve been teased out of the static, if only someone had come along and given them a name.

Of course, we don’t usually question why a language has words for some things and not others. We don’t really imagine we have much choice in the matter, because the words we use to build our lives were mostly handed to us in the crib or picked up on the playground. They function as a kind of psychological programming that helps shape our relationships, our memory, even our perception of reality. As Wittgenstein wrote, “The limits of my language are the limits of my world.”

There’s a huge blind spot in the language of emotion, vast holes in the lexicon that we don’t even know we’re missing.

But therein lies a problem. Language is so fundamental to our perception, we’re unable to perceive the flaws built into language itself. It would be difficult to tell, for example, if our vocabulary had fallen badly out of date, and no longer described the world in which we live. We would feel only a strange hollowness in our conversations, never really sure if we’re being understood.

The dictionary evolves over time, of course. New words are coined as needed, emerging one by one from the test lab of our conversations. But that process carries a certain bias, only giving names to concepts that are simple, tangible, communal, and easy to talk about.

Emotions are none of these. As a result, there’s a huge blind spot in the language of emotion, vast holes in the lexicon that we don’t even know we’re missing. We have thousands of words for different types of finches and schooners and historical undergarments, but only a rudimentary vocabulary to capture the delectable subtleties of the human experience.

Words will never do us justice. But we have to try anyway. Luckily, the palette of language is infinitely expandable. If we wanted to, we could build a new linguistic framework to fill in the gaps, this time rooted in our common humanity, our shared vulnerability, and our complexity as individuals—a perspective that simply wasn’t there when most of our dictionaries were written. We could catalog even the faintest quirks of the human condition, even things that were only ever felt by one person—though it is the working hypothesis of this book that none of us is truly alone in how we feel.

In language, all things are possible. Which means that no emotion is untranslatable. No sorrow is too obscure to define. We just have to do it.

Most living things don’t need to remind themselves that life is precious. They simply pass the time. An old cat can sit in the window of a bookstore, whiling away the hours as people wander through. Blinking calmly, breathing in and out, idly watching a van being unloaded across the street, without thinking too much about anything. And that’s alright. It’s not such a bad way to live.

So much of life is spent this way, in ordinary time. There’s no grand struggle, no sacraments, no epiphanies. Just simple domesticity, captured in little images, here and there. All the cheap little objects. The jittering rattle of an oscillating fan; a pair of toothbrushes waiting in a cup by the sink. There’s the ragged squeal of an old screen door, the dry electronic screech of a receipt being printed, the ambient roar of someone showering upstairs. And the feeling of pulling on a pair of wool socks on a winter morning and peeling them off at the end of the day. These are sensations that pass without a second thought. So much of it is barely worth noting.

But in a couple hundred years, this world will turn over to a completely different cast of characters. They won’t look back and wonder who won the battles or when. Instead, they’ll try to imagine how we lived day to day, gathering precious artifacts of the world as it once was, in all its heartbreaking little details. They’ll look for the doodles left behind in the margins of our textbooks, and the dandelions pressed in the pages. They’ll try to imagine how our clothes felt on our bodies, and what we ate for lunch on a typical day, and what it might’ve cost. They’ll wonder about our superstitions, the weird little memes and phrases and jokes we liked to tell, the pop songs we hummed mindlessly to ourselves. They’ll try to imagine how it must’ve felt to stand on a street corner, looking around at the architecture, hearing old cars rumbling by. The smell in the air. What ketchup must have tasted like.

But it all still happened.All those cheap and disposable experiences are no less real than anything in our history books, no less sacred than anything in our hymnals. Perhaps we should try keeping our eyes open while we pray, and look for the meaning hidden in the things right in front of us: in the sound of Tic Tacs rattling in a box, the throbbing ache of hiccups, and the punky smell that lingers on your hands after doing the dishes. Each is itself a kind of meditation, a reminder of what is real.

We need these silly little things to fill out our lives, even if they don’t mean all that much. If only to remind us that the stakes were never all that high in the first place. It’s not always life-and-death. Sometimes it’s just life—and that’s alright.

A tribute to Maru Mori, a friend of Pablo Neruda, whose gift of wool socks inspired his poem “Ode to My Socks.” Compare memento mori, a poignant reminder of your own mortality. Pronounced “mah-roo moh-ree.”

n. the nagging sense that no matter how many days you spend exploring a foreign country, you never quite manage to step foot in it—instead floating high above the culture like a diver over a reef, too dazzled by its exotic quirks to notice its problems and complexities and banalities, while drawing from the heavy tank of assumptions that you carry on your back wherever you go.

From vulture, an animal that hovers high over its prey + culture shock, the confusion of having to adjust to a culture different than the one you’re used to.

n. the lulling isolation of driving late at night—floating through the void in an otherworldly hum, trailing red jewels in the darkness, your high beams sweeping back and forth like a lighthouse.

Hungarian merre, where? in which direction? Pronounced “mair-uhn-nis.”

n. the habit of telling yourself that just one tweak could solve all of your problems—if only you had the right haircut, if only you found the right group of friends, if only you made a little more money, if only he noticed you, if only she loved you back, if only you could find the time, if only you were confident—which leaves you feeling perpetually on the cusp of a better life, hanging around the top of the slide waiting for one little push. 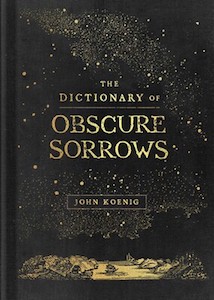 John Koenig is a video maker, voice actor, graphic designer, and writer. Born in Idaho and raised in Geneva, Switzerland, he created The Dictionary of Obscure Sorrows in 2009, first as a blog at DictionaryofObscureSorrows.com before expanding the project to YouTube. He lives in Minneapolis with his wife and daughter. 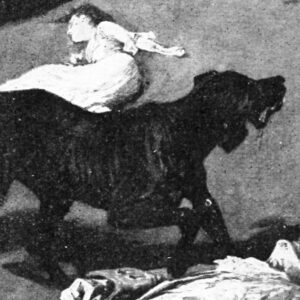