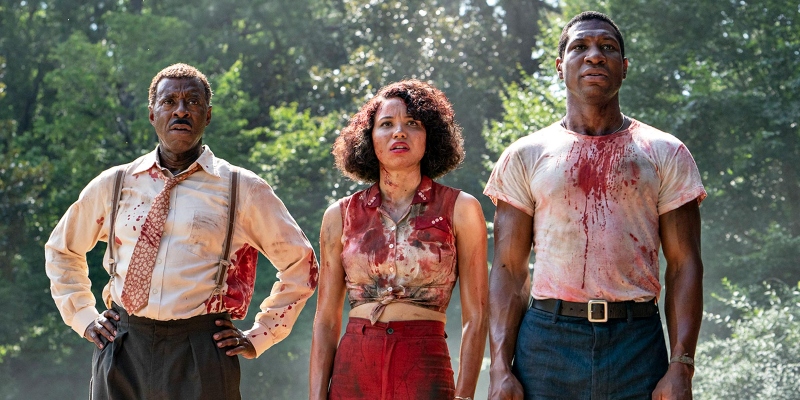 An ethereal drama adapted from (and extending) a novel by Matt Ruff, Lovecraft Country was billed by HBO as a “genre-defying” series that typified a new kind of television fantasy. The unique show began its first HBO season on August 16, 2020. Set in a magical-mystical version of the 1950s—when Black Americans still had to contend with Jim Crow laws in many regions, as well as bald, brutal prejudice—the ambitious series starred Jonathan Majors, Jurnee Smollett, and Michael K. Williams, each giving career performances.

They played travelers on an odyssey through the unearthly—casting spells, surviving gory rituals, and occasionally lapsing into a lingo called “the language of Adam” as they traveled the violent streets and strife-torn neighborhoods of the United States. Even through its pain, Lovecraft was stunningly beautiful, set to an arresting soundtrack (with selections that ranged from Nina Simone to Al Jolson), and it made for one of the most nuanced, cerebral marriages of narrative and music in television.

J.J. Abrams: We got to know Jordan Peele years ago before Get Out, and he brought us this book and asked if we’d want to collaborate with him on it. The power and potential of it were undeniable, along with the amazing combination of genres. It wasn’t until we started working with Misha that it became clear just how potent this thing could be, because her vision of it was so powerful and so righteous.

Casey Bloys: Misha started talking about claiming sci-fi and horror genres for Black audiences that have historically not participated at all in that whole genre, and using it as a way to talk about the fact that racism is the biggest monster. We’ve got these great monsters and horror stories, and racism is always there, underneath it.

I thought it was an interesting way to talk about not only that genre, but also race in America. It did the thing that I’d like a show to do on HBO, which is be entertaining, be well-written, well-acted, and well-directed, but also have something to say. It’s not vegetables television, as we sometimes say; it has a larger purpose. We bought it in the room. It was very competitive. Netflix was very much after it. I think having a good relationship with J.J. helped us land the show. Straight to series is tough though, for a show that is so tone dependent you’ve got to get it right.

Misha Green, Creator: I wanted it to be big and to push the boundaries of how we’ve been watching TV lately. What we took to HBO was this idea that the show is much bigger than even this book. It’s the idea of reclaiming the genre space of horror for all people of color.

Had you told me that Lovecraft would be airing post George Floyd’s murder, post Breonna Taylor’s murder, I wouldn’t have been able to fathom that.

When we pitched the entire season to HBO, it was clear that we were going to be taking some risks and they were not afraid of that. They said, “Go.” And I kept going, “Are you sure you want me to go? Because I’m going to go, if you want me to go.” Once we were into the season of writing it, they were like, “Wow, you’re going.”

Jonathan Majors: I wasn’t offered the role. I auditioned. I read Matt Ruff’s book but hadn’t read it until I was already signed on to do the show. But no, I had no idea how it was all going to befall Atticus. I knew how it began, like all good things, but didn’t know how it was going to end. Like all good things.

Jurnee Smollett, Actor: I connected to Leti on a molecular level. I understood her, but also desperately needed to explore her and go on her journey. I had worked with Misha and done two seasons of Underground prior to Lovecraft. And Misha went off after Underground was canceled and wrote the pilot for Lovecraft in what felt like was roughly three weeks, and then let me read it shortly after. I didn’t even know if there was a role in there that I could play, because it’s not like she was letting me read it with the intention of casting me.

Misha Green: We took the source material, the book, to the multiverse and back. I don’t think HBO thought it was going to be so massive. They definitely hit those walls where they said, “Wait a minute, this is a lot bigger than we thought it was.” And I said, “But isn’t it amazing? Isn’t it great? We’ve got to keep going.” We used 162 sets on the show. They thought this was a medium-size show and it’s turned out to be a gargantuan show. For me it was always going to be a gargantuan show. That was always my goal. I knew that once we got the ball rolling, they would see that. At the time they were talking about, “We want something that’s a replacement for Game of Thrones.” And I said, “This could be it if you will let it be.”

Lovecraft was nurtured by the trauma and turmoil of the Trump administration, and those of us who were working on it were in that clay pot, that furnace.

Michael K. Williams: What I learned about myself from having filmed Lovecraft Country is again, I go back to that T-word, “trauma.” Lovecraft made me realize that I not only have trauma, my own personal life experiences, I also have blood trauma from my ancestors. Lovecraft reminded me that I stand on some really strong shoulders. And it humbled me in a way that I’d never been humbled before. Had you told me that Lovecraft would be airing post George Floyd’s murder, post Breonna Taylor’s murder, I wouldn’t have been able to fathom that. It was a blessing to have this piece of narrative, this piece of art to hold up a big mirror for us to look at ourselves and to see the timelines of how we got here.

Jurnee Smollett: Leti taught me so much about myself; she demanded that I surrender a lot of myself to her, that I bring a lot of myself to the altar to sacrifice. I was struggling with my womanhood. I was forced to inspect why I made the decisions I did.

Leti and I have a lot in common. I can relate to this idea of being abandoned by your parents. Not by my mother, but I didn’t see my dad from the time I was 12 until 26, other than a handful of times. Then I lost my dad two years later. I understand the devastation that comes when you lose your parents, regardless of what your relationship is like. It hits you hard and a part of you dies off. And in their absence, you search for healing. Leti is searching for healing, so Leti brought a lot of healing to me and forced me to go to very dark places in myself, which I’m honestly grateful for because it made me more untamed and more unbound. She’s a wild woman, she’s very primal. And that’s a goal of mine, just to become less tamed, less bound to societal standards of who I am or who I can be.

Jonathan Majors: Something they don’t teach you in drama school, and that’s not immediately apparent, is the responsibility you have for culture and humanity at large. As I moved through Lovecraft, I began to understand that the gravity of what I do for a living—not who I am, but what I do—carries with it a certain amount of duty.

That a resplendent show so important to retracing a critical period in Black American history would disappear—after only one season—was an even bigger heartbreak, on both sides of the screen.

Lovecraft was nurtured by the trauma and turmoil of the Trump administration, and those of us who were working on it were in that clay pot, that furnace, realizing that our story took place in the 50s, but was not dissimilar to things we were seeing in the Trump era.

Michael K. Williams: We give Trump way too much credit. Trump is a symptom of the problem. Like drugs were for me. This shit has been here. Jay-Z wrote, “You can’t heal what you never reveal,” and Lovecraft revealed a lot of shit that hasn’t been dealt with yet. Trump didn’t start that, he just threw lighter fluid on it.

To be really honest, I’m grateful for his administration, because he ripped the Band-Aid off. What we saw on January 6 has been brewing for a long time, and Lovecraft helped show me that.

Lovecraft Country earned a staggering 18 Emmy nominations in 2021, including Outstanding Drama Series and well-deserved acting noms for Smollett, Majors, and Williams. But all the praise and nominations proved to be Pyrrhic victories; HBO executives had, however reluctantly, canceled the show just weeks earlier.

Lovecraft’s odyssey had been turbulent. HBO spent more than $150 million on ten episodes, but money was hardly the chief cause for cancellation. As gifted as Misha Green was artistically, HBO determined after a lengthy analysis that there were too many organizational behavior issues present. Several writers on the show refused to work with Green, blaming her for a toxic and hostile environment.

All that remained was a double sadness: First, for years, decades even, the Black community had labored and protested for a seat at the table, and then, the head of the table. To see that dream self-destruct was painful to many involved. And, second, that a resplendent show so important to retracing a critical period in Black American history would disappear—after only one season—was an even bigger heartbreak, on both sides of the screen. Green left HBO in July 2021 to go to Apple.

Misha Green: I love this quote by Zadie Smith. She says, “I just tried to make it more truthful than the last time.” 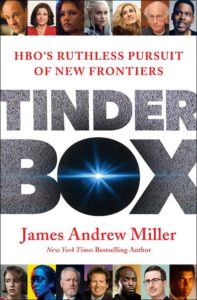 James Andrew Miller is an award-winning journalist and the bestselling author of Those Guys Have All the Fun: Inside the World of ESPN; Live from New York: The Complete, Uncensored History of Saturday Night Live; Powerhouse: The Untold Story of Hollywood’s Creative Artists Agency; and Running in Place: Inside the Senate. He received his BA from Occidental College, his MLitt from Oxford University, and an MBA from Harvard University. 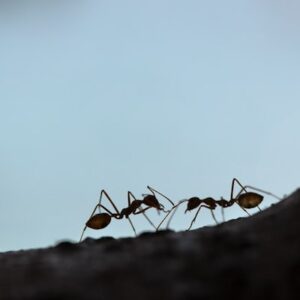