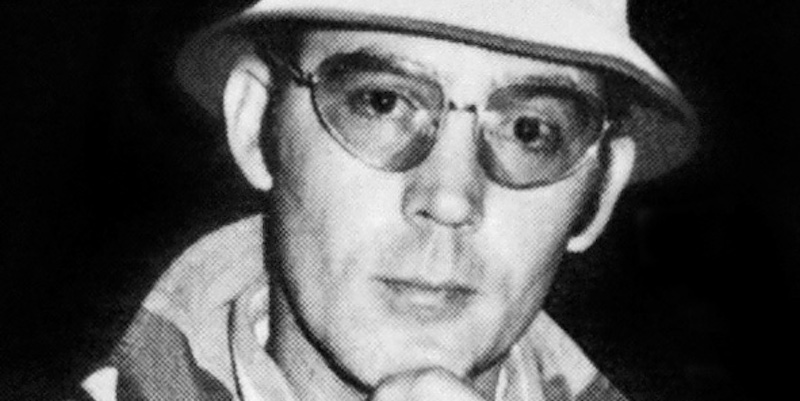 On The Jersey Shore Herald’s Most Famous Reporter

Although it may not have counted for much on a résumé, by 1957 Hunter S. Thompson had some real experience as a writer and editor. In just two years, he had gone from being in jail and having no high school diploma to being a rather talented young sportswriter who now knew that he could make money by putting words on paper. He had found something that he could do well and which he sometimes enjoyed, but most importantly he had recognized that writing would engage him for the rest of his life:

Events of the past two years have virtually decreed that I shall wrestle with the literary muse for the rest of my days. And so, having tasted the poverty of one end of the scale, I have no choice but to direct my energies toward the acquisition of fame and fortune. Frankly, I have no taste for either poverty or honest labor, so writing is the only recourse left me.

Throughout his whole life, Thompson offered contradictory views on writing, saying often that he hated it and only did it for money, but elsewhere that it was an unrivaled sort of high. He revered great writers and included himself in their ranks, yet also talked of it as a foul vocation for people too degenerate to do anything else. This applied to journalism more than fiction and it applied doubly to sports writing. Thompson’s lucky break had come in sports writing and he had managed to develop a talent for it quite quickly, but although he would return to this much later in his life and look back fondly on the birth of his career, it was initially fiction that attracted him and, in his mind, a real writer was one who wrote novels.

Before becoming a great novelist, though, Thompson knew he had to cut his teeth as a reporter. It was, after all, far more likely to pay his bills, and it couldn’t be that bad of a career move if Hemingway had done it. The older writer had once said that he learned everything he needed to know about writing from The Kansas City Star style sheet, a claim that provided Thompson with some hope. But how would he proceed? How does a young and inexperienced writer with a violent personality and a penchant for drunken shenanigans make himself a success? It was time to search for a job tolerable enough to keep him employed for more than a year.

After being kicked out of the Air Force, Thompson drove home to Louisville, where he posted an advert in Editor and Publisher, declaring himself available for work. He was offered a job in Indiana as a wire editor and accepted, but then a better offer came along so he reneged. He packed his car and headed for a town with a rather misleading name.

“He wrote everything deadly serious.”

On December 9, 1957, Thompson began work as the sports editor of The Jersey Shore Herald. He had not realized that Jersey Shore, Pennsylvania, was four hundred miles inland, and he was filled with an immediate sense of regret. Instead of waking up next to the sounds of the Atlantic Ocean, he found himself living in a drab apartment, working for a dull newspaper in “an abandoned coal town” where he could hardly even find a beer to drink.

For work, he wrote articles on professional wrestling matches, in which he more or less fabricated all the details. Instead of writing a basic report of who won and lost, he described the fights as though they were real, just as he had done at Eglin. Gene McGarr recalled Thompson’s “Dadaist” style of sports writing:

He wrote everything deadly serious. These things—like pro wrestling matches—were supposed to be laughed at to a certain extent. Everybody knows how it’s phony as baloney, but he played it straight. Well, not exactly straight; he was writing things like “People were carried out of the ring with broken backs,” “his neck was broken in three places”—stuff like that. Apparently nobody really cared whether it was true or not.

Though this may have seemed the perfect outlet for his deadpan comedic style, Thompson was unhappy from the get-go. “It was a nightmare, really,” he said several decades later, when looking back on his time in Jersey Shore. There was only one person in town with whom he could have a pleasant conversation: a man who Thompson said “was an academic, kind of an unemployable poet who might lecture once or twice at the local community college.”

As the story goes, when the old poet asked Thompson if he would like to meet his daughter, Hunter jumped at the chance. There were, he noted, no other women “in this barren town […] between the ages of fifteen and fifty.” The poet was less than impressed with Thompson’s car—a ’49 Chevy called “the Huntermobile”—and offered to lend them his own vehicle for a date. At around two o’clock in the morning, while driving drunkenly through a tremendous rainstorm, Thompson got the car stuck in a bog. He walked to a nearby farm and woke the angry farmer, who pulled them out with his tractor. In the process of doing so, he managed to rip off the car’s front bumper and the driver-side door.

“It seemed quite odd to me that he would have almost heated arguments with the editor—in this case me—over policy.”

Thompson supposedly returned the mangled vehicle and grabbed his own car, but the next day, Christmas Eve, at about seven in the morning, he was looking over the day’s wire stories when he heard an ominous sound. It was the poet bringing his ruined car to work. The whole office witnessed the spectacle of the poor old man limping the water-logged wreck into the car park, with a door hanging by a hinge and the front bumper dragging along the concrete, creating an ungodly noise. Thompson ran out the door, zipped back to his apartment, threw a few things in the Huntermobile, and took off for New York without collecting his paycheck. He had lasted only two weeks.

This is how Thompson told the story and how his biographers have faithfully recounted it. Ten years after his stint in Jersey Shore, however, Thompson’s first book was published and a columnist at The Jersey Shore Express decided to look into his brief time in Pennsylvania. He noted that Hunter had been unimpressed with the town from the moment of his arrival and, while clearly talented, had been a difficult young man to get along with. Robert J. Evans, the newspaper’s editor while Thompson worked there, recalled:

The boy was ambitious and, I’d say, overly exuberant about his work. He wanted to make a New York Times sports page of our sports page. He was interested in the “national scene” and we were too, to an extent. But I told him the people who bought our paper were just as much interested in the local high school sports—and other high schools in the area—as they were in the University of Oregon’s basketball team. […]

Unfortunately, for the two weeks he was there—and that’s how long he was with us—he never could seem to understand this concept. Worse than that, it seemed quite odd to me that he would have almost heated arguments with the editor—in this case me—over policy. Our difference of opinion came to a boil over the local vs. national question.

He goes on to explain that Thompson was busy editing the sports page when the news came in that one of his colleagues had bowled a perfect game. Thompson was not interested in writing about bowling or even including a story that someone else had written, but the editor was adamant that the man’s name went in the paper. When the editor changed the sports page to include the perfect game, Thompson was enraged. “I am the sports editor!” he shouted. Evans replied, “Not any more. You’re fired.”

Through his whole life, Thompson repeated the story about “the poet” and his destroyed car because it was a romantic, dramatic, and ultimately amusing tale that was not easily forgotten. It spoke volumes for his public persona but the real story is just as enlightening. It depicts a young writer and editor with strong opinions about the quality of journalism and the courage to fight for what he thinks is right, rather than a carried-away Casanova who narrowly avoided being bogged down in a Pennsylvania backwater. 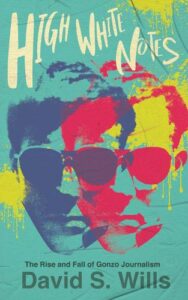 From High White Notes: The Rise and Fall of Gonzo Journalism by David S. Wills, available via Beatdom Books.

David S. Wills is the author of Scientologist! William S. Burroughs and the 'Weird Cult' and World Citizen: Allen Ginsberg as Traveller. He is the editor of Beatdom literary journal and lives in rural Cambodia.

Ann Patchett on Creating the Work Space You Need 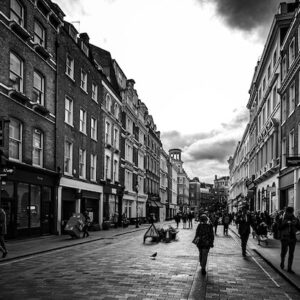 As he holds forth on the subject of “The Decorative Arts” the smell of Brimstone Creek conveys him to that realm of le désespoir in...
© LitHub
Back to top
Loading Comments...