Not long after Covid-19 began its insidious spread, Bob Dylan struck. At nine minutes past midnight on March 27, 2020 the 78-year-old singer-songwriter released his first piece of original music in nearly eight years: “Murder Most Foul,” a 17-minute long song-poem (it doesn’t really have a melody) about the assassination of President John F. Kennedy on November 22, 1963. It was counterintuitive marketing to say the least. For a world contemplating the imminent catastrophe of a global pandemic, Dylan offered a raspy rap about a distant catastrophe that redirected the course of history when most living Americans were unborn. A savvy promoter, Dylan saw “Murder Most Foul” become his first No. 1 song on the Billboard charts.

When I asked Yale literature professor David Bromwich about “Murder Most Foul,” he called it a palinode, a poem of retraction, written against the hopes raised by the 1960s and by Dylan himself. I never knew the term but it fits. In the course of a quarter of an hour, Dylan retracts his first thoughts on the subject of who killed JFK, which he uttered when he was just 22 years old, a rising star from Minnesota via the coffee houses of Greenwich Village.

The back story of “Murder Most Foul” begins three weeks after the liberal president was shot dead in Dallas under suspicious circumstances. In early December 1963, Dylan appeared at the banquet of a left-liberal group, the Emergency Civil Liberties Committee, at the Waldorf-Astoria Hotel to accept an award for his musical contribution to the civil rights movement, Dylan shocked the respectable crowd by saying he saw something of himself in the man accused of killing Kennedy. The young Dylan didn’t doubt the official story of a lone gunman. He embraced it.

“I have to be to be honest,” he said. “I just got to be, as I got to admit that the man who shot President Kennedy, Lee Oswald, I don’t know exactly where—what he thought he was doing, but I got to admit honestly that I too—I saw some of myself in him.” [Boos and hisses] As he took grief for his careless comments, Dylan retreated from the unwanted role of generational spokesman, plugged in his electric guitar, and the rest is rock and roll history

The critical reaction of “Murder Most Foul” echoed the familiar range of responses from “He’s over the hill” to “He’s still a genius.” NPR took note of Dylan’s encyclopedic command of American popular music, listing 72 songs that he namechecks while brooding about the impact of JFK’s assassination on himself and on American culture. The New Yorker’s critic dismissed Dylan’s dirge as “a doggerel version of Don McLean’s eight-and-a-half minute pseudo-epic ‘American Pie,’” with aspirations to “Sympathy for the Devil.”

Is our poet laureate historically correct about JFK? I think so, but thanks to the CIA’s refusal to obey the law, the question cannot be definitively answered.

What annoyed Kevin Dettmar and other critics is that Dylan has changed his mind about the annoying question of who killed JFK. The Nobel Prize laureate has landed, once again, on the wrong side of respectable opinion. The older and wiser Dylan no longer assumes Oswald was guilty of killing the president. In fact, he doubts the supposed assassin killed anyone on November 22, 1963. On this, the 58th anniversary of Kennedy’s death, “Murder Most Foul” is a richly imagined reminder of what we do and do not know about the causes of Kennedy’s death—and why we do not know.

Dylan opens with a portentous cliché that packs a presidential punch.

Twas a dark day in Dallas, November ’63
A day that will live on in infamy

Dylan is channeling President Franklin D. Roosevelt who, after the Japanese attack on Pearl Harbor on December 7, 1941, declared “this is day that will live in infamy.” Now an elder statesman of American culture, Dylan urges us to recognize that November 22, like December 7, was an attack on the American nation. And if that claim makes you uneasy—if you want to believe the reassuring official story that Kennedy was killed by one man alone for no reason—he has achieved his purpose.

“Murder Most Foul” is a worthy addition to Dylan’s catalogue of songs about murder and justice undone. It’s a theme—almost a genre—that the ten-time Grammy award winner has returned to time and again. From “The Lonesome Death of Hattie Carroll” to “George Jackson” to “Hurricane” to “Blind Willie McTell,” Dylan wailed about the cruelty of racial injustice in America. To be sure, “Murder Most Foul” is not a song about systemic racism. Rather, it is a meditation about racism’s kissing cousin, unchecked power.

Dylan, the troubadour, plants his listeners in the presidential motorcade snaking through sunlit downtown Dallas.

Dylan, the poet, dares to put us inside the doomed president’s head as the motorcade enters Dealey Plaza.

Being led to the slaughter like a sacrificial lamb
He said, “Wait a minute, boys, you know who I am?”

And Dylan, the prophet, leaves no doubt where he stands in the perennial conspiracy debate.

Of course we do, we know who you are
Then they blew off his head while he was still in the car

Dylan refers ten more times in “Murder Most Foul” to the “they” whom he believes killed Kennedy. He doesn’t pretend to know who was responsible, doesn’t name names. He’s a bard, not a conspiracy theorist. He can only identify JFK’s unknown assailants their most obvious traits: their evident desire to end his presidency, their arrogance (“we know who you are”), and their clandestine powers.

The gunfire on November 22, Dylan moans, was an act of prestidigitation.

It happened so quickly, so quick, by surprise
Right there in front of everyone’s eyes
Greatest magic trick ever under the sun.

Dylan doesn’t wrap up his JFK obsession in a tidy package labelled conspiracy or tragedy. His watches Abraham Zapruder’s home movie of the assassination and is disgusted with himself.

It’s vile and deceitful
It’s cruel and it’s mean
Ugliest thing that you ever have seen.

He channels Oswald, who denied shooting the president before he was executed in police custody. “I’m just a patsy, Like Patsy Cline / never shot anybody from in front or behind.” And he shares the bafflement of any sane person who has studied November 22 with care. He might be talking to the bottom of his whiskey glass when he sighs, “What is the truth and where did it go? / Ask Ruby and Oswald, they ought to know.” And the critics ask, who cares what this old man thinks? “If they weren’t written by Dylan,” Dettmar wondered, “would anyone take lines like these seriously?”

“Murder Most Foul” is a worthy addition to Dylan’s catalogue of songs about murder and justice undone.

In excavating the murders in Dallas, Dylan merely makes sense of American history and his own work. November 22 was a crime, not a tragedy. (“Take the rag away from your face/Now’s not the time for your tears.”) The truth was inconvenient to the powers that be. (“The newspapers, they all went along for the ride.”) And the deceptions November 22 damaged the country. “What’s new, pussycat? / What’d I say? / I said the soul of a nation been torn away.”)

The second half of “Murder Most Foul” morphs into an extended plea to Wolfman Jack, the reigning radio DJ of Dylan’s youth, to play songs that somehow evoke the life and death of President Kennedy which Dylan weaves into a historical tapestry of Hollywood, the blues, classic rock, and civil war anthems to ask, what is justice undone? And so his lament coasts to its sanguinary end.

Yet the JFK assassination story goes on. Last month, late on a Friday night (when White House media managers take out their smelliest garbage in hopes the stench will pass by Monday morning), the Oval Office issued a letter from President Biden saying the CIA and other federal agencies would not release the last of their secret files related to JFK’s assassination until December 2022, at the earliest. Covid was to blame, it was said.

Poof. “It happened so quickly, so quick, by surprise / Right there in front of everyone’s eyes.” The CIA had made its JFK files disappear once again! For the second time in four years, the Agency dodged its statutory obligation under the 1992 JFK Records Act to release all assassination-related material within 25 years. Portions of more than 15,000 JFK files, most of them held by the CIA, are still off-limits to the citizenry, These files are known to include information on CIA assassination plots, Oswald in New Orleans, surveillance techniques, and “black operations” in November 1963.

Which makes you wonder, if the CIA is still hiding its JFK files, is it actually possible that the 35th president killed by enemies with clandestine powers within his own—our own—government? It’s a radical thought. The preponderance of evidence supports Dylan but all the facts are not yet available. Is our poet laureate historically correct about JFK? I think so, but thanks to the CIA’s refusal to obey the law, the question cannot be definitively answered.

Dylan’s purpose is plain. He takes his title from Act I of Hamlet, in which the ghost of Hamlet’s father tells his son that he did not die a natural death, that he was poisoned—assassinated—by his ambitious wife and her lover. The mind-boggling treachery of a “murder most foul,” says the ghost, must be avenged. Hamlet must act, he says.

I am thy father’s spirit
Doomed for a certain term to walk the night.
Till the foul crimes done in my days of nature
Are burnt and purge away.

Dylan, the Shakespearean, has cast himself in the role of the ghost of Hamlet’s father. Now 80 years old, rich as a king and launched on his “Rough and Rowdy” tour, he sure sounds like the ghost of Hamlet’s father. Who cares what he thinks? A senior citizen and a grandfather, Dylan still cares about “the foul crimes done in my days of nature,” and he wants us—the Hamlets of the next generation—to care, to act, to somehow avenge this unsolved crime.

Dylan returns this November 22 as a visitor from a past many can’t remember (and others don’t care to remember too closely), a spectral presence haunting the halls of power where the last of the JFK files are stashed, perhaps permanently, beyond the view of the American people, the greatest magic trick under the sun.

Jefferson Morley, a Washington D.C. journalist, is editor of the JFK Facts blog and author of Scorpions’ Dance: The President, The Spymaster, and Watergate (St. Martin’s Press, 2022).

Why the Hell Would You Want to Privatize Libraries? 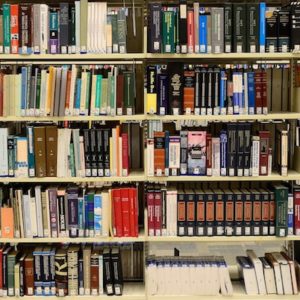 Why the Hell Would You Want to Privatize Libraries? In the pages of the New York Review of Books, author Sue Halpern recalled her time in a “remote mountain town” that was large...
© LitHub
Back to top