Your 2019 National Book Award winners • On reading Albert Woodfox’s Solitary while detained at Guantánamo • Darryl Pinckney on the American tradition of anti-black vigilantism • Jeff Jackson on cult novelist Dennis Cooper’s elegant jump to film • Rachel Vorona Cote on Jane Austen and the legacy of the stoic woman • On the president’s unprecedented lack of intellectual curiosity • Serhii Plohky on the dinner that changed WWII • Adriano Olivetti: Industrialist, typewriter king… antifascist? • Some of the books that most influenced David Bowie • Poetry by Anne Carson, Honor Moore, and Dan Poppick • Nina McLaughlin on finding the natural world in Ovid • What does the debutante ball look like in the global age of Instagram? • How the Vietnam War changed political poetry • On the risks taken by ambassadors abroad • On the evolution of Hollywood’s black musicals • Kassia St. Clair on correcting the historical bias against domestic materials • Read from National Book Award lifetime honoree Edmund White’s novel-in-progress • What myth retellings and persona poems teach us about ourselves • Jung Young Moon on the small mythologies of place • Is the debutante one of the most misunderstood characters in literature? • Sylvain Tesson retraces Napoleon’s historic retreat from the Russian front • Who were the scribes who actually wrote down the Epic of Gilgamesh • When a city goes bankrupt: a brief history of Detroit, c. 2010 • Piecing together the histories of enslaved Americans in the study of textiles • An ode to women who walk • Do archivists have political motivations, too? • Lindsay McCrae on filming baby penguins in Antarctica • Alyssa Hull tries to find optimism in teaching cli-fi to terrified students • How did George Eliot come to write the proto-Zionist novel Daniel Deronda? • Dorothy Allison on the necessity of making readers uncomfortable.

Take a trip down memory lane with a look back at every National Book Award for Fiction and Nonfiction winner of the twenty-first century • Wake, Siren author Nina MacLaughlin on five books that deal with nature in a sensual way, from Hiromi Kawakami’s The Briefcase to Annie Dillard’s The Pilgrim at Tinker Creek • Toni Morrison, Michael Ondaatje, Susan Choi, and more rapid-fire book recs from Crystal Hana Kim •Stephen King’s The Institute: first-rate entertainment or writing-by-numbers? • A new historical novel from Robert Harris, a biography of William Monroe Trotter, a reimagining of Ovid’s Metamorphoses, and more all feature among the best reviewed books of the week

Annaleese Jochems looks at literature’s most disruptive third wheels • Julie Mayhew on tarot cards as road maps for crime writing • Troy Rondinone on film noir, asylums, and mid-century paranoia • Óscar Martínez and Juan José Martinez on the complex and violent origins of MS-13 • Aya de Leon on the movie Hustlers, how it works, and who it’s working for • Tinker, tailor, wizard, spy: W. L. Goodwater on how to mix genres when writing • Beau L’Amour on the rise, fall, and counterculture rediscovery of his Western raconteur father, Louis L’Amour • Stephanie Sylverne on Louisa May Alcott’s sensationalist psychological thrillers • Psycho invented the spoiler as we know it •Linda Green knows that sometimes, the darkest mysteries are right there in your family tree 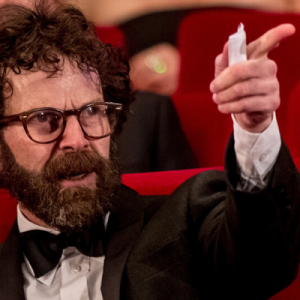 Charlie Kaufman, the Oscar Award-winning screenwriter of Eternal Sunshine of the Spotless Mind and Being John Malkovich,...
© LitHub
Back to top