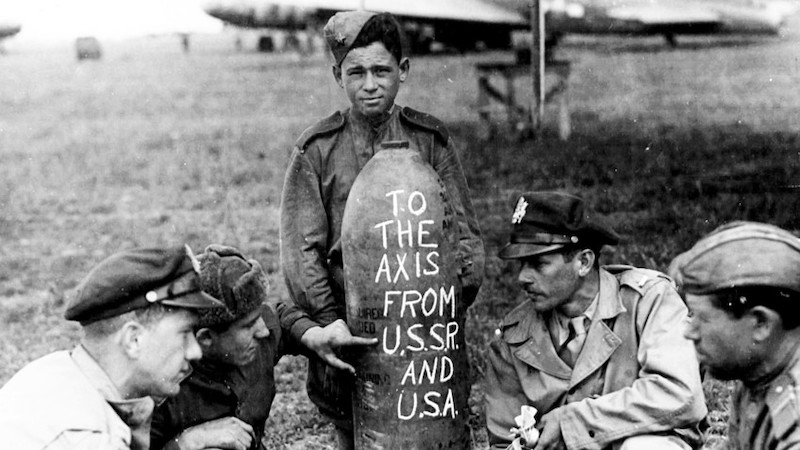 Vodka Shots with Stalin: On the Dinner That Changed the War

Serhii Plohky on the WWII Allied Plans for the Air

On first meeting Joseph Stalin at the closing banquet of the Moscow Conference on the evening of October 30, 1943, General Deane was surprised to see how short he was. He was also struck by the deep iron-gray color of the dictator’s hair, but mostly by the “kindly expression on his deeply wrinkled, sallow face.” Stalin was wearing a military uniform with the shoulder boards of a marshal of the Soviet Union, the military rank bestowed on him in March 1943 after the Red Army’s victory at Stalingrad. He walked around the room greeting Soviet guests and members of the American and British delegations, of whom there were close to 60, “always bent over, seldom looking one in the eye, and saying nothing whatever.”

That evening Deane not only shook hands with the marshal but also had a drink with him. At the banquet table, which the general found “beautiful beyond description,” a toasting contest began with Molotov, who raised his glass to British-American-Soviet friendship. Deane knew that this was just the beginning and braced himself for a night of heavy drinking. The US embassy personnel had told him and Averell Harriman upon their arrival in Moscow that the only way to get the Soviets’ respect was to outdrink them.

“It is hard to cheat on toast drinking,” Kathy Harriman, who attended quite a few banquets in Moscow, wrote Mary, “as you have to turn glass upside down at the end of it and the drops of liquor that fall out are, according to the Russian custom, drops of misfortune you wish on the person you are drinking with.”

Her father made his staffers happy and proud when a few days later, at a lavish reception thrown by Molotov to mark October Revolution Day, he out-drank not only his Soviet hosts but also his British counterpart, Sir Archibald Clark Kerr. According to Kathy, Kerr “rose to his feet for a toast with some difficulty, put his hand out to steady himself on the table, missed it and fell flat on his face at Molotov’s feet, bringing a goodly number of plates and glasses clattering down on top of him.” Both Harrimans would have a terrible hangover the next day—the bottoms-up toasts were given with glasses full of vodka, not wine. But the previous evening they had made their countrymen proud. “All the Americans were very pleased,” wrote Kathy to her sister.

Deane, having acquainted himself with bottoms-up toasts at the first conference banquet he attended, knew that sooner or later it would be his turn to propose a toast. As he remembered later, he wracked his “brain for something cute to say.” Rising to his feet, he announced that he was honored to be the head of the US military mission in Moscow, which he saw as a vanguard of millions of Americans who would join their Soviet allies in the war. The Soviets, who wanted only one thing from the conference—a pledge to open the second front—were delighted to hear those words from an American general. Deane then delivered a punch line, toasting to the day when the British and American advance guards would meet their Red Army counterparts on the streets of Berlin. Ironically, the meeting in Berlin prophesied by Deane would lead to the partitioning of the German capital a few years later, but at the time no one could see anything troublesome about all three powers joining forces there.

Getting his guests drunk and listening to what they had to say in a state of extreme intoxication was an old trick of Stalin’s.

The toast was a great success. Everyone drank bottoms-up but then, to Deane’s surprise, remained standing. He realized why only when he was nudged by a neighbor and turned his head. Next to Deane stood Stalin himself, a glass in his hand. After listening to the toast, the Soviet dictator had left his seat and walked around the table, behind the guests, his diminutive figure obscured from Deane’s view. They drank bottoms-up together. Deane was drinking vodka and Stalin probably his usual red wine, which he often diluted with water. Getting his guests drunk and listening to what they had to say in a state of extreme intoxication was an old trick of Stalin’s, practiced more on members of his court than on foreign visitors.

For Deane, the conference was ending on a high note. His toast at the banquet “stole the show,” according to Hull. He was also optimistic about making progress on the top priority of his Moscow agenda—getting permission to open American air bases on Soviet-held territory.

Serving in Washington at the Chiefs of Staff headquarters, Deane was well aware that American and British air operations in Europe were going very badly. As of the fall of 1943, the objective of grounding the Luftwaffe in preparation for the invasion of France in 1944 was as far from being achieved as ever. The Luftwaffe was alive and kicking, exacting an ever higher price on the British and American planes bombing German targets. The same applied to the German air-defense systems, which could not be suppressed.

In 1943 the Royal Air Force lost 2,700 heavy bombers, either shot down or damaged. Bombing raids on Berlin alone, which began in November 1943 and continued until March 1944, caused the loss of 1,128 British aircraft. American losses were also staggering. During the second week of October 1943, the month Deane arrived in Moscow, the Eighth Air Force, operating from Britain, lost 148 bombers. The loss rate of the bombing raid on October 14 stood at 20.7 percent, and the damage rate reached 47.4 percent. Raids deep into German territory unescorted by  fighters were becoming prohibitively costly, and fighters such as the Mustang P-51 were unable to reach Eastern Europe because their gasoline tanks could not carry sufficient fuel.

Hap Arnold believed that he had a solution to the Luftwaffe problem, which was shuttle bombing. Bombers would take off from air bases in Britain and Italy, fly over German-held territory and, instead of  turning back before they could reach German airplane factories and airfields in eastern Germany and Eastern Europe, would land on bases behind the Soviet lines. In addition to reaching otherwise unattainable targets, the bombers would help to disperse the Luftwaffe airplanes, which would now have to fight on two fronts. The Soviets, who had no long-range aviation to speak of and did not harass the Germans beyond the area of their ground operations, would benefit as well, since American bombers could hit tar- gets suggested by the Soviet command. This is why Arnold had  insisted on making shuttle-bombing operations one of Deane’s key priorities in Moscow.

Deane was happy to oblige, but as the Moscow conference began he soon realized that the only question the Soviets wanted to discuss was that of the second front. They sought confirmation of earlier Allied pledges, first made by Roosevelt to Molotov in June 1942, to land in Europe as soon as possible. Deane and Lieutenant General Sir Hastings Ismay, Churchill’s chief military adviser, did their best to convince the Soviets that the second front would indeed be opened in 1944. Deane made use of the positive response to his presentation to broach the subject he cared most about—establishing US air bases on Soviet-held territory. He was prepared to open his own “second front” right away.

As Deane recalled later, the request, which he made on the very first day of the conference, “hit the Soviet representatives as a bolt from the blue.” In responding, Molotov played for time. He agreed to consider the proposal, which included two additional requests from General Arnold: to establish better exchange of weather information between the US and Soviet air forces and to improve air communication between the two countries. Molotov promised to get back to Deane and his colleagues in due course. Deane recalled the exchange as his first lesson in dealing with Soviet officials: “no subordinate official in Russia may make a decision on matters in which foreigners are involved without consulting higher authority, and usually this higher authority is Stalin himself.” 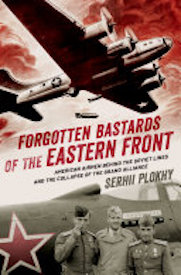 From Forgotten Bastards of the Eastern Front: American Airmen Behind the Soviet Lines and the Collapse of the Grand Alliance by Serhii Plokhy. Copyright © 2019 by Serhii Plokhy and published by Oxford University Press. All rights reserved.

Serhii Plokhy is a Ukrainian-American historian and author specializing in the history of Ukraine, Eastern Europe and Cold War studies. He is a Mykhailo S. Hrushevs'kyi Professor of Ukrainian History and Director of Ukrainian Research Institute at Harvard University.

The Debutante Ball in the Global
Age of Instagram 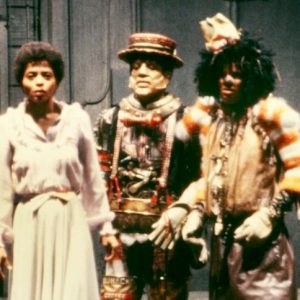 After the millennium arrived, it became increasingly fashionable to pronounce musicals a dead genre. And yet they would still...
© LitHub
Back to top
Loading Comments...