What the Retelling of Myths Reveals of the Teller

Jennifer S. Cheng on Writing about the Moon Goddess Chang'E

Sometimes the only way we can speak is through a shadow in the corner of the room—it begins in shadow, and it slowly covers the room in shadows.

I began writing my second book, MOON: Letters, Maps, Poems (Tarpaulin Sky, 2018), out of a sense of personal catastrophe. The catastrophe itself cannot be spoken, or I would have found a way to say it directly. Over time the book would encompass other contexts, but here is where it began, in a small place of quiet ruin. How the ruin escalated: a dissolving of my voice and body until I was spending each day alone in the house, afraid to leave, for weeks on end.

In the midst of my slow abyss, when I could no longer bear existing, my husband and I decided I should accept a Fulbright fellowship to Hong Kong, where I’d lived as a child, to try to break free of what was burying me and, in turn, us. So I left him behind in our fourth-floor apartment on one side of the Pacific and moved alone to Hong Kong for a year, into the unknown, the vast sea separating our bodies.

In Hong Kong, surrounded by deep green hills, I began to rediscover the sound of my body and to grow hungry for something vast and shapeless I could not name; at the same time I became haunted by the folktale of Chang’E 嫦娥, the Lady in the Moon, a story I had heard growing up about a woman who floats fatefully to the moon while her heroic archer husband remains on earth. In the folktales, she is described as childish and naive, or greedy and cunning, someone who takes more than her share—two pills of immortality gifted to her husband—and whose punishment is to live eternally as a captive on the moon. I wanted to know: What of the untold vapor surrounding her story? What if the body in transit were not retribution but a shape of desire and wilderness? What does it mean, especially for a woman, to find herself in solitude on a trajectory toward an unknown?

I began writing my own versions of her narrative in small, hand-held fragments, and then a series of persona poems entitled “From the Voice of the Lady in the Moon.” On the island where I lived, I woke at strange hours, in half-light, and wrote in bed next to my window in the sky. I took walks late at night alongside the watery echo of fishing boats, rode rickety buses in forested mountains, strayed through markets overspilling with swollen fish, mollusks, and mobiles of dried cuttlefish—all the while feeling as if I were wandering through the spaces and gaps of Chang’E’s myth. In a craft essay that became the prelude, I explored what it meant to seek out the half-obscured corners of her story, the fraying edges of her voice.

The poet Sasha West once mentioned the words psychological correlative in a seminar I took, and I knew this was exactly how writing into the myth and voice of Chang’E functioned for me, as a pathway into a shadow self, shadow narrative. Often discussions of persona poetry focus on its potential for cultivating empathy, inhabiting another’s perspective, but I have always felt that, inevitably, one circles back upon oneself. Inevitably, it is another dark dimension of the self that one uncovers.

What if the body in transit were not retribution but a shape of desire and wilderness? What does it mean, especially for a woman, to find herself in solitude on a trajectory toward an unknown?

Tell it slant, Emily Dickinson said, and that is exactly what retellings and persona poems enable: angled articulations. Sometimes saying the thing over here allows you to get out of your own way. Sometimes exploring what you do not know reveals what you do. A trick you play on yourself can help you to say what you cannot otherwise say, to discover what words you cannot yet utter even to yourself. What are the things you are able to voice only when you are no longer looking at it directly but from a peripheral location?

Persona poetry is often compared to wearing a mask, but to me it is like speaking into a shell. A shell hides and holds, yet it is also a vessel with an opening through which air cycles and escapes. The opening is small, spiraled, folded in upon itself. Sometimes the only way to say the thing is to begin half-hidden, half-covered, a hushed circling of air. Some things can only be said when you turn out the lights and turn toward a small corner.

I am not someone who shouts her words directly into the daylight; I never had that sense of legitimacy, and often I remain silent, unvoiced. I am not even someone who always knows what she is trying, or needing, to say. What I can do is seek permission in the form of a safe container and then push at the boundaries; I can borrow a mouth and then spin its breath:

To dress in the intimacy of second-hand clothing: to wear something, like a sweater, that has been stretched by the warmth of another’s frame: to know that each loose patch, each gathered seam, holds the ghostly imprint of another’s movements: a bodily knowledge: a layering of echoes: to take an object historically defined and set its borders in motion.

Inside this intimate communion, I wanted to unmoor the tethered lines of Chang’E’s story as much as I wanted to let loose my own. In many ways the book is about the need to unbuild in order to build (home, world, self)—and this is precisely what the form enacts, where leaving something behind is just as integral as bringing oneself elsewhere. The process itself is in an act of agency that involves shedding even as it gathers. It is a form of radical reclamation. It begins with a world in ruins.

The functioning is related to the mechanism of metaphor: a necessarily imperfect substitution of one for another in what Paul Ricoeur describes as an indirect reference built on the ruins of the direct reference. In the space of the gap between self and other, invented and inherited, emergent and established, a cloud of debris is kicked up through which new meaning glimmers—a mysterious and ghostly meaning-making that relies on echoes, traces, and splinters. One is uncertain where one reference ends and the other begins, but somewhere in the interaction, something is birthed.

Retellings and persona poems not only allow the writer to discover what utterances emerge in the dark, but they relish in all the shadowy details—things hidden, things forgotten, things unsaid.

Retellings and persona poems not only allow the writer to discover what utterances emerge in the dark, but they relish in all the shadowy details—things hidden, things forgotten, things unsaid. The process requires deep listening as it cracks open crevices and peers into unlit corners, as it grows tiny plants in neglected, unexpected places. Is it a coincidence that by proxy I am able to voice, and that the proximal is usually what interests me? Mei-Mei Berssenbrugge says that in the margins, fertile things happen. So often it is the overlooked and ambiguous that interest me and feel more urgent, more real. It is the weather surrounding us that hems in our bodies, the weather that ultimately receives our breath. Writing through Chang’E, I thought about oceans spilling over, the textures of her house collapsing, a feral night sky spreading in all directions.

The parts of her voice that are cloudy, like a dark tea as it is beginning to steep. Her voice in the moment of expanding or contracting. Before or after or in the vapor, which is to say, not the actual events themselves but their condensations. The damp pause between inhalation and exhalation. When nothing is happening but everything. The in-between that no one tells.

The book gravitates toward the “feminine monstrous”—a term Bhanu Kapil used in describing my manuscript—something I could not define in the open but subconsciously reached for as I struggled to free myself from my slow grave. In the veiled, loosely bounded space of the myth, where the persona was me but also not me, I could commune with her journey while renaming it, taking what I needed and dismantling the rest; I could write without restraint, exploring unwieldy questions while slipping in and out of her story and mine; I could dwell in the invisible murmurings of our existence.

When I was young, I was taught to hold a seashell to my ear and to listen. Sound, as it is heard from the inside of a shell: enveloped in fog, shrouded in the rhythm of sea waves drifting in and out. A shell implies a whisper, and a whisper is something half kept for the self and half released into air. In writing MOON I felt like I was simultaneously holding a seashell to my ear and whispering into it—listening to the farthest depths of its ocean-infused cadence, allowing my voice to haunt it. After all, as Gaston Bachelard writes: A creature that hides and withdraws into its shell is preparing a way out.

Jennifer S. Cheng writes poetry and lyric essays. She is the author of MOON: Letters, Maps, Poems, selected by Bhanu Kapil for the Tarpaulin Sky Book Award and named a Publishers Weekly “Best Book of 2018”; House A, selected by Claudia Rankine for the Omnidawn Poetry Book Prize; and Invocation: An Essay, an image-text chapbook published by New Michigan Press. She is a 2019 National Endowment for the Arts Literature Fellow and has received fellowships and awards from Brown University, the University of Iowa, San Francisco State University, the U.S. Fulbright program, Kundiman, Bread Loaf, and the Academy of American Poets.
http://www.jenniferscheng.com

Ordinary Girls: Jaquira Díaz on Growing Up in Miami Beach 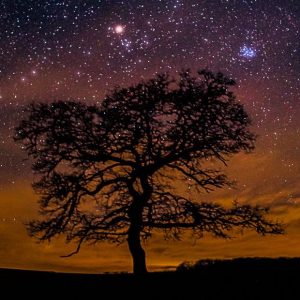 It’s winter now, and I’m in texas, and I’m writing this, a story about Texas, but at the same time, a story that deviates...
© LitHub
Back to top