Reading Albert Woodfox’s Solitary While Being Detained at Guantánamo

Ahmed Rabbani: "My overwhelming sense is one of sorrow."

I don’t know who brought the copy of Solitary to Guantánamo, but by the time of my last visit, in October, it had been passed around and a few of my clients had read it, including Ahmed Rabbani.

That he was so shocked by it is smothered in irony. Woodfox spent 44 years in isolation in the Louisiana State Penitentiary: I met him and the other two members of the Angola Three during the years I spent representing death row prisoners there. Institutional racism made African-American men the literal bêtes-noires of the judicial system. Now, a portion of this collective burden has been inherited by Muslim men in the notorious Cuban prison, our new hate figures held up by politicians as the “worst of the worst.”

Ultimately our mistreatment of both Rabbani and Woodfox reflects back on us. We begin to imagine the psychological consequences of existing, lonely, in a small cell from the age of 20 to 60. I have watched the declining mental health of those in Guantánamo, who are additionally held as “forever prisoners” without charge or trial. Perhaps the deepest irony is that a man who is held “effectively incommunicado” in Guantánamo (words from the Supreme Court) should be the one to remind us what Fyodor Dostoyevsky said: “The degree of civilization in a society can be judged by entering its prisons.”

I read Albert Woodfox’s recent book Solitary. Along with two other Black Panthers, Herman Wallace and Robert King, he is a member of the Angola Three. They were victimized in the wake of the death of a prison guard. The book has been making the rounds here in Guantánamo, and I am surprised the censors let it in. I am also very surprised to learn that the Americans visit so many of the abuses that we suffer here in Guantánamo on their own people—albeit mostly, it seems, those of African descent.

“My wrists were handcuffed to my waist by a leather strap,” Woodfox writes. That is the same here, even when we go to see our lawyers, or a doctor. “A captain next to me started elbowing me in my chest, face, and ribs. They drove me to a building just inside the front gate that housed the reception center and death row. Inside was a cellblock called closed cell restricted, or CCR: another name for solitary confinement. In the stairwell they beat me viciously. I couldn’t fight back or defend myself because of the restraints.”

Woodfox spent over 40 years in isolation. It seems like the US is only now beginning to understand what this does to a person. The Louisiana authorities felt the need to lie about it and call it “Closed Cell Restricted.” It is the same here: the authorities will look a journalist in the eye and say we do not have solitary confinement, but that is because they call it something different—a “Single Cell Operation.”

“The most effective way of protesting was the hunger strike,” Woodfox writes. I am afraid that made me laugh! He tells how they struck over the lack of toilet paper. It may have worked for him, and even for the Suffragettes and Mahatma Gandhi, but the US military is made of tougher stuff. To begin with, we do not have hunger strikes—the military prefers to deem any such action to be “non-religious fasting.” I have been refusing food for six years now.

Solitary has been making the rounds here in Guantánamo, and I am surprised the censors let it in.

While I do not mean to denigrate the need for toilet paper, I have a slightly more pressing demand: I want the basic right of a fair trial. Indeed, I’d take any trial, even one of the kangaroo military courts they have here. But nothing changes. In Louisiana, if Woodfox “didn’t eat for three days prison officials were required by law to notify the Louisiana department of public safety and corrections.” In Guantánamo they originally made the same mistake and told reporters how many people were protesting. But the sheer numbers—hundreds at a time—reminded the military that Guantánamo was built on secrecy, without which they would be unable to lie, so they stopped admitting what was happening. Now, when a tree falls in the forest, nobody knows.

I was surprised to learn that American guards hit their prisoners. I knew it happened to us, but I didn’t believe it was deemed so normal.

It is sad that in Louisiana they tried to bar books and education, but in the end Woodfox was able to study law and even apply it to help earn his liberty. We have no law books, and no law. There is precious little we are allowed to do—we are not even meant to be learning English. How can anyone expect a prisoner to be “rehabilitated” under such rules? Is it not in the interests of everyone that we should improve ourselves?

Some Guantánamo prisoners might not know whether to feel glad or sad that such similar things happen on mainland USA. My overwhelming sense is one of sorrow: I am surprised that they can be so barbaric to their own people. And perhaps that makes it less likely that anyone would be shocked at what they do to us.

In Pakistan, where I am from, if you behave well, you do an average of 17 years when you are lawfully convicted of murder and sentenced to life in prison. I have done 17 years without trial. They say that for each year a person spends in an American prison, he loses two years of his life expectancy. Perhaps you would add a little more for those of us who were tortured in the Dark Prison in Kabul, but regardless this means I have lost 34 years of my life so far.

Woodfox was locked up for 44 years in all. I feel bad for him but at least he resolved to try to grow as a person. He may have learnt wisdom, but his captors kept on mistreating him—apparently they are not educable. In the end, I suppose, the lesson I learned from Solitary is that I can only hope to change myself.

Ahmed Rabbani was a taxi driver in Pakistan mistaken by intelligence services for a known extremist. He endured 545 days of torture in CIA custody before being rendered to Guantánamo. He has been held in Guantánamo since 2004. He has not been charged with a crime nor had a trial. Since 2013, he has been on hunger strike in a peaceful protest at his indefinite detention.

Clive Stafford Smith is the founder of Reprieve. A former lawyer for the Southern Center for Human Rights, he launched Louisiana Crisis Assistance Center, a non-profit law office specializing in representation of poor people in death penalty cases. He has represented over 300 prisoners facing the death penalty in the southern United States. In 2001, Smith joined two other lawyers to sue for access to the prisoners at Guantánamo Bay. He has helped secure the release of 69 prisoners from Guantánamo Bay (including every British prisoner) and still acts for eight more 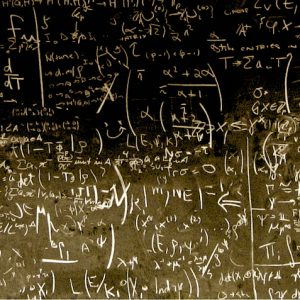 Soon after the Great Earthquake struck San Francisco on the morning of April  18, 1906, with fierce fires active or imminent...
© LitHub
Back to top