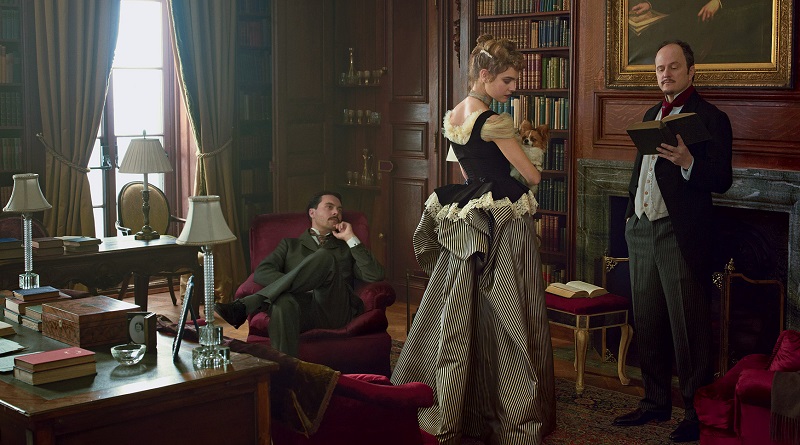 Maitreyi Anantharaman on What Scholars Have Missed
in Edith Wharton, Anne Bronte, and More

Edith Wharton—then Edith Newbold Jones—was presented to New York society in late 1879, when the writer was seventeen. In her autobiography, Wharton writes of her debut no differently than she styled her fiction, with trenchant insights into privilege sharpened by her brilliant sense of the visual. She wore a dress of pale green brocade with a lace-trimmed white muslin skirt and carried a large bouquet of lilies-of-the-valley. At the ball, modest by the standards of her New York contemporaries, Wharton declined invitation after invitation to dance, instead trembling beside her mother in “speechless misery.” She would describe the evening as “a long cold agony of shyness.”

For centuries, the debutante ritual ordered relationships among the wealthy in England and America. An entire ecosystem of institutions and industries sprouted and thrived alongside it: elite dancing schools, influential publicists, Seventeen magazine. But for all the debutante tradition can tell us about what Jane Austen called the “maneuvering business” of courtship, it remains woefully misprized by scholars. In The Season: A Social History of the Debutante, Kristen Richardson makes the case for the import of a superficially glamorous but fraught practice. “Elitist rituals are easy to dismiss, and when they shape young women’s lives it’s easier still,” Richardson writes. “But if we do so, we miss a key part of women’s history, and of the history of marriage as well.”

The Season is an immersive history, and one with remarkable empathy for the women populating it. Richardson is interested in the desires of debutantes, but she pays particular attention to the ways those desires are shaped and compromised by the expectations of others. The conflicts she describes, between a woman and her family, or a woman and her community, or a woman and her time, are resonant and aching with narrative possibilities. In short, these are tensions tailor-made for fiction. They’re what make the debutante a deeply fascinating literary character.

Her discomfort with the milieu of her childhood notwithstanding, Edith Wharton knew the world of the debutante intimately. What she and her fellow novelists of manners have understood well—and what Richardson laments too few academics do—is that underneath the apparent frivolity of balls and gowns and the inner lives of marriageable young women, there are compelling stories of social power and class anxieties ripe to be written.

For women authors, the debutante character compactly diagrams the economics of marriage. A daughter of marrying age, she reminds us, is the very currency of patriarchal exchange, like a scratch-off lotto card or meal ticket whose match could form new social alliances, hoist her family out from the middle class, or reinforce their standing among the aristocracy. No one telegraphed those pressures better than Jane Austen, whose Mrs. Bennet in Pride and Prejudice we might encounter much more sympathetically in this context. The mother of five daughters knows that netting them all advantageous marriages will be near-impossible in the English countryside, so Mrs. Bennet ropes the girls into attending dance assemblies and the Bingleys’ ball, shoving them at any suitable man she can find. It’s ruthless, sensible pragmatism; she just may look occasionally foolish in the process.

What Wharton and novelists of manners understood well—and what too few academics do—is that underneath the apparent frivolity of balls and gowns, there are compelling stories of social power and class anxieties.

The English aristocracy’s development of the debutante system in the late 18th century “cleansed. . .marriage markets of their blatantly commercial nature,” Richardson writes, disguising business as pleasure while imposing a framework of the transactional on even the most private affairs. That has served to reify the treatment of women as commodities for whom decisions should be made without consideration for their well-being.

When I think of the debutante, I’ve thought often of a different Austen character: Mansfield Park’s timid Fanny Price, given a coming out ball by her elder, wealthier uncle Sir Thomas. In the time leading up to Fanny’s ball and at the ball itself, Fanny can scarcely get a word in. It is clear she’s only there to be gazed at and whispered about, cast away in the passive voice and disempowered under the patriarchal household of her uncle. In a short story by Leonora Carrington, the British-Mexican surrealist, a narrator so dreads going to her debutante ball she recruits a hyena to go in her stead. Absurdist fun, maybe, but I wonder whether Carrington’s heroine felt the debut would render her so inhuman no one would really know the difference.

To write off the debutante tradition entirely, though, is to oversimplify what has provided many young women the rare and affirming feeling of being the center of attention. Among the African American elite, for example, debutante balls have allowed black women to assert themselves as “respectable, well-mannered, and worthy of respect” in contrast to the racist stereotypes that cast them either as desexualized “Mammy” figures or as promiscuous “jezebels.” Insofar as “coming out” marked a shuffle between a father’s home and a husband’s in the 19th and early 20th centuries, the debut was the rare sliver of a moment in which a young woman might feel some control over her life, Richardson writes.

The titular protagonist in Anne Brontë’s Agnes Grey is governess to the coquettish Rosalie Murray, who recounts to Agnes in dramatic detail the scenes of her coming out ball, most of them having to do with how beautiful she looked. The decorations and supper and music were fabulous, of course. But what thrills Rosalie most is to have been “so much admired” that no gentleman could set eyes on her “without falling in love that minute.” Agnes wearily chides her student for taking pleasure in such a thing. Rosalie laughs and rattles off the names of her suitors, all of whom, she says, she detests.

The debutante ritual’s place as the glitzy apex of a woman’s life can mean something very sad, too—that everything afterward will only be a letdown. Conventional wisdom may position marriage as the beginning of a woman’s adult life, but I’ve sometimes looked at where my favorite literature leaves its heroines—engaged or newlywed—and wondered if it isn’t the end. At the novel’s conclusion, Rosalie is terribly unhappy in her marriage, still yearning to flirt with other men. In The House of Mirth, Lily Bart’s “dazzling” debut, “fringed by a heavy thunder-cloud of bills,” is but a fading memory, a symbol of the height of power from which the vain and aging socialite has fallen. Maybe a debut can make a woman feel cherished and important for a little while, but it cannot fully insulate her from the harms of a culture still intent on diminishing her.

In the mid-20th century, eased pressure on women to find husbands quickly after their debut gave rise to “celebutantes,” who could rise to fame with no qualifications beyond “a willingness to do and spend anything for publicity.”

One can’t help but think of the vulgar but media-savvy usurper Undine Spragg in Wharton’s The Custom of the Country, whose public image is so carefully self-contoured as to make her feel awfully modern. “Our twenty-first-century Undine would have a million followers on Instagram,” Jia Tolentino writes in the introduction to a new edition of the novel. “She’d be a Page Six legend.” Undine’s progress through the rungs of the elite is measured by a set of yellowed press clippings kept by her gossipy masseuse; she is hooked on “the papers” and “society novels.” Concerned only with the currency of her reputation, she propels herself into New York society on the backs of tabloids, discarding a string of husbands behind her. In the shameless Undine, Wharton not so subtly critiques a culture of callous aspiration.

Standing in the guest line at the International, the invitation-only ball held every two years at the Waldorf Astoria, Richardson considers the ritual in its modern iteration. She suggests that for today’s debutante—her image crafted by PR firms and beamed onto the pages of Teen Vogue and Vanity Fair—the night is little more than an exercise in advancing one’s personal brand. The debut has now taken on the sort of nakedly manufactured air Wharton dreaded in The Custom of the Country, the old guard’s numbers replaced by the likes of Jerry Jones and an emerging class of Chinese robber barons, whom Richardson spots at the International.

As much as this practice was meant to preserve family mythologies, it can also create them. There always have been and always will be people waiting and eager to buy their place in elite society; once they’ve settled in, they can pull up the ladder behind them and revel in the exclusion. To those who come out on top, the appeal of the debutante tradition lies in its rigidity, its ability to neatly delineate a person’s place in society and to keep women under what Richardson calls “the most elegant sort of control.” The ritual soothes the class anxieties of the wealthy while it lays them bare; the resulting friction is the fodder that launched a thousand novels.

The literary debutante is in many ways an ideal emblem of what generations of women writers have known keenly and grappled with: that the individual really is no match for the inculcations of her social environment.

Writing the debutante allows an author to challenge the strictures of marriage, social class and young womanhood while also paying those very strictures reverence, reinforcing their potency. Even as her financial situation grows dire, Lily Bart refuses to settle for a suitor beneath her; a sympathetic reader might understand this as pioneering resistance, but where does Lily’s willfulness leave her in the end? She is without money or a man, having been swallowed up by the heartless system Wharton found “at once detestable and inevitable,” to borrow from the critic Wai-Chee Dimock.

The literary debutante is in many ways an ideal emblem of what generations of women writers have known keenly and grappled with: that the individual really is no match for the inculcations of her social environment, which can be restricting at best, suffocating at worst. In stories of women at their most beautiful and vulnerable, the limits of their lives come into focus. We’re reminded that glamour can be ugly, too.

Maitreyi Anantharaman has written for Slate, Vox and the Columbia Journalism Review. Before it was dismantled by private equity incompetents, she blogged for Deadspin.

A Peculiar Kind of Immigrant's Son 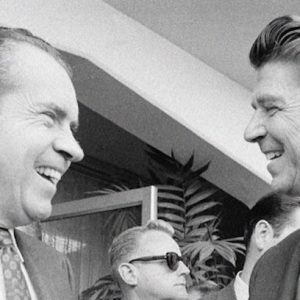 Archivists are the great secret-keepers of history, caught in a negotiation between the past and future. Restrictions and withholding...
© LitHub
Back to top