We are pleased to inform you that the oldest American picture book still in print is about (millions of) cats • Going scene to scene in the streets of Vienna, Before Sunrise: Stephen Kelman journeys to the cinematic 90s • How “creativity” became a capitalist buzzword • “I blame my first marriage on Jane Austen.” On fandom, folly, and the psychology of empathy • David Chariandy: A letter to my daughter upon learning the results of an ancestry test • Frans de Waal on what we know (and don’t know) about animals’ emotions • Bruce Berger on the dreamlike experience of the wilderness • How do you talk to your patients about death? • The story of a meeting with Stanley Adelman, New York’s typewriter magician • Storytelling tips from the writer of Blade Runner • When the eeriness of trauma can only be understood through fiction • The impossibility of finding a place to write in New York • On teaching the Southern canon in the New South • Britni de la Cretaz on researching the hidden history of queer women in baseball • Here are the 25 authors who’ve made the most money in the last decade • A look at Brooklyn’s earliest, secret enclaves of queer life • On H.G. Adler’s lectures from a concentration camp • Honoré de Balzac’s legendary love affair with his anonymous critic • Tracing the incredible journey of Polynesians across 10 million square miles • Summer Brennan on the age-old, unwinnable debate over

high heels • Why are writers drawn to boxing? • The history of humanity, as revealed by its walls • Why do we hate the suburbs? • John Lanchester and Joseph O’Neill talk climate change, border walls, and more • Eight excellent debuts by Irish women writers • Read a previously unpublished letter from Zora Neale Hurston • Why Salt Lake City is a pretty great place for a writer to live • On crashing at Nora Ephron’s apartment • Our monthly Lit Hub Recommends

Subscribe to the new Book Marks Bulletin for reviews, news, pre-publication giveaways, and more!
Remembering Rachel Ingalls in the wake of the Mrs. Caliban author’s passing last week • Great American Desert author Terese Svoboda recommends five books about the prairie, from William Gass’ In the Heart of the Heart of the Country to Willa Cather’s My Ántonia • Savage classic reviews of your favorite red flag books: from Atlas Shrugged to American Psycho • A look back at every National Book Critics Circle Award for Fiction of the 21st century • Blair Braverman on sexist climbers, Claire Messud on Valeria Luiselli, a history of queer Brooklyn, and more of the Book  Reviews You Need to Read This Week • Dave Eggers’ The Parade: compassionate culture clash fiction OR college term paper steeped in pessimism? • 10 Great Irish Novels Not Set in Ireland: From The Picture of Dorian Gray to The Boy in the Striped Pajamas •  New titles from G. Willow Wilson, Salvatore Scibona, David Means, and Frans De Waal all feature among among the Best Reviewed Books of the Week • Tommy Orange, Zadie Smith, and Ada Limón were among those who took home National Book Critics Circle Awards. 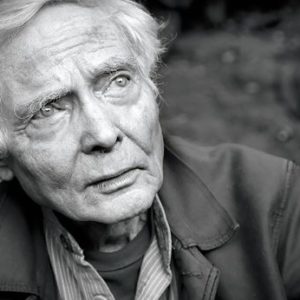 W.S. Merwin, whose singular poetic voice invited readers to contemplate the beauty and impermanence of the natural world...
© LitHub
Back to top