The Time I Crashed at Nora Ephron’s Apartment

Michael Mewshaw Recalls the Literary Jetset of the 1980s

Gore Vidal had long acted as a combination border-guard and social arbiter in Rome. But with Pat Conroy’s star in ascendancy, the city acquired a second magnetic pole, one that reflected the power shift in the States to the Sunbelt. Corporate execs and correspondents from CNN’s headquarters in Atlanta flocked to Piazza Farnese, as did Hollywood screenwriters and producers eager to bid on the film rights to Pat’s next book. Between Christmas and New Year’s, Nora Ephron and Nick Pileggi swanned into town, and because Pileggi was related to Gay Talese, he called Pat, who put together a lunch at La Maiella, Nora’s favorite restaurant.

Nick and Nora were sometimes described as the reincarnation of F. Scott and Zelda Fitzgerald. But they weren’t the type to get falling-down drunk and dive into fountains. Nor did they trade on beauty and sex appeal. In fact, Nora wrote hilariously about her physical imperfections, launching her career with a threnody about her small breasts and later fretting about the crepey skin at her neck. As a college coed she had been a White House intern during the Kennedy administration, and she quipped that she was mortified that JFK had never made a pass at her. As a humorous self-deprecator, she rivaled Pat Conroy. Even after her novel Heartburn was made into a film starring Jack Nicholson and Meryl Streep, she had no inflated notion of herself.

Nick Pileggi was, if anything, more low-key. Craggy-faced and bespectacled, he had the slightly bemused expression of an English professor, not an investigative reporter who had penetrated the inner sanctum of the Mafia and published Wiseguy, later filmed by Martin Scorsese as Goodfellas. Now Nick was fascinated by terrorism. Recently the PLO had hijacked a plane, separated the passengers with Jewish-sounding names, and threatened to execute them.

Nora confessed that she wasn’t a conscientious Jew. “You can never have enough butter—that’s my belief. If I have a religion, that’s it,” she had famously wisecracked. But that day at lunch in Rome she swore if terrorists seized her plane and demanded that Jews step forward, she would march with her tribe.

The following summer, when I flew to the States to promote Money to Burn, the field was so chockablock with books about the Benson murders, my publisher pulled the plug on my publicity tour, stranding me in New York City. Because I couldn’t afford to stay in a hotel until Linda and the boys joined me, I crashed in an un-air-conditioned sweatbox that I vacated early each morning when the owner arrived to work there. Most days I moped around Central Park, searching for a shady bench un-encrusted by pigeon shit and unencumbered by loquacious madmen.

I asked what I could do to reciprocate her kindness. She said, “Take me down to the deli and buy me a Popsicle.”

Then out of the blue—or rather, out of a molten grey sky—Nora Ephron called. The Conroys had alerted her that I was marooned in the city. Since she and Nick were flying to London, I’d be doing them a favor, she said, to babysit their apartment. She instructed me to catch a taxi to the Apthorp.

Nora hung up before I could betray myself as a rube and ask for the address. But the cabbie knew the building and drove me to Broadway on the Upper West Side to a mock Renaissance palazzo that boasted a massive iron gate and a courtyard that would have suited the Medicis.

Nora greeted me in tight black stirrup slacks and a loose white tee shirt, looking like a waifish cleaning girl overwhelmed by the task ahead of her. Max and Jacob, her sons by her second husband, Carl Bernstein, had littered the apartment with toys, socks, underpants, and baseball mitts before hurrying off to visit their father.

“Don’t mind the mess,” she said. “Just shove stuff aside. I don’t intend to touch a thing.”

I didn’t believe that, no more than I believed it when she urged me to move in the next morning and sleep in the master bedroom. Nick and Nora and I had spent a total of two hours together.

I asked what I could do to reciprocate her kindness. She said, “Take me down to the deli and buy me a Popsicle.”

She chose cherry. I liked lemon-lime. Jostled by pedestrian traffic, we lollygagged on Broadway slurping ice-lollies that melted almost quicker than we could suck them into our mouths. I had no idea what to say except, “Thanks.”

Like the cashier in the deli, Nora said, “Enjoy.” Then, dropping her Popsicle stick into a trash bin, she added, “Leave the keys with the doorman.”

Carl Bernstein rang and right off the bat demanded, “Hey, who the hell is this?”

I never started out to spend long stretches of my life in strangers’ apartments. I counted on there coming a day when Linda and I could afford to buy a house of our own. But at the age of 44, after 20 years of marriage, I feared that we would forever be economic nomads. Still, I tried to look on the bright side and regarded each new place as an opportunity to act like an anthropologist and sift for clues about the owners.

At the Apthorp, things were just as Nora had promised she’d leave them. In the kitchen sink, breakfast dishes soaked in tepid water. In the bathroom, damp clothes dangled from the shower rod. In the master bedroom, the pillows bore the imprints of Nick’s and Nora’s heads, and in the twisted sheets nestled a little black book, open to Meryl Streep’s phone number. Thumbing through the pages, I spotted listings for Diane Keaton, John Gregory Dunne, and Joan Didion. If I got lonely, maybe I’d invite them over for drinks.

Although I resisted reading the open letters lying about, I read the contents of the apartment like a book, fascinated by the arc of lives different from my own. Nick and Nora appeared to have spent a fortune to furnish an urban flat as if it were a shabby-chic farmhouse. This was the opposite of what people in Italy did—upgrade rural hovels into sumptuous villas.

My snooping was interrupted by one of the twentieth century’s most illustrious sleuths. Carl Bernstein rang and right off the bat demanded, “Hey, who the hell is this?”

I mentioned my name, which meant nothing to him, and explained that I was house-sitting. “Nora didn’t tell me anything about this,” Bernstein said. “How do I know you’re not a burglar?”

“Call Nora in London.” I recited the phone number she left.

“If you’re bullshitting me,” Bernstein said, “the cops’ll knock down the door in five minutes.”

I guess Nora calmed him down. Carl never phoned again. But a garrulous gentleman rousted me out of bed the next day. The instant I answered he recognized that I wasn’t Nick, and rather than threaten me with the police, he began cracking jokes. Like Pat Conroy at his most manic, the guy treated the telephone like a stand-up comic’s mike. I had to interrupt and ask who he was. “Henry Ephron,” he said. “Nora’s father.”

Drunk-dialing from Hollywood, where the sun had yet to rise over the Angeles Crest, Henry was eager for an audience. In me he had found one, and he phoned every morning, as reliable as a wake-up service. I depended on those calls to get my day off to a rollicking start, and as my time at the Apthorp wound down, I told Henry I would miss him.

“Well, if you’re ever on the West Coast,” he said, “gimme a ring and I’ll buy you a drink.” Then he asked, “What are you going to buy Nick and Nora for a house gift?”

At Zabar’s I chose a selection of Super Tuscan vintages, which I deposited on the dining table, along with a thank-you note that issued an invitation to treat them to dinner. I never heard back from Nick and Nora, and feared I had committed some unforgiveable faux pas. Although I had gathered the underpants and socks off the floor, and washed the dishes in the sink, perhaps I had erred in not ironing the clothes on the shower rod. Or did Nora object to my daily chats with her slightly soused father?

When I asked Pat Conroy, hoping I hadn’t ruined his friendship with the Ephron/Pileggis, he told me, “Forget it. Letting you live in their place was no big deal to them.” From which I inferred it had been their favor to Pat. 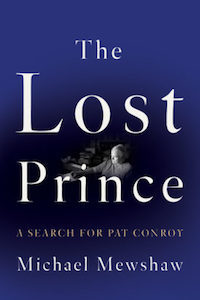 MICHAEL MEWSHAW’s five decade career includes award-winning fiction, nonfiction, literary criticism and investigative journalism. He is the author of the nonfiction works Sympathy for the Devil: Four Decades of Friendship with Gore Vidal and Between Terror and Tourism; the novel Year of the Gun; and the memoir Do I Owe You Something? He has published in The New York Times, The Washington Post, The Los Angeles Times and numerous international outlets. He spends much of his time in Key West, Florida. 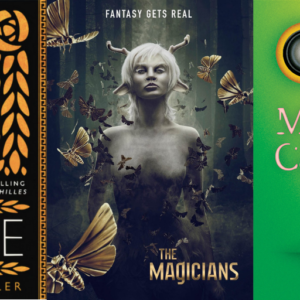 Few things please me more than loving a book I had a vague feeling I wouldn't like. Such was the case with Circe. I'm not a huge...
© LitHub
Back to top
Loading Comments...