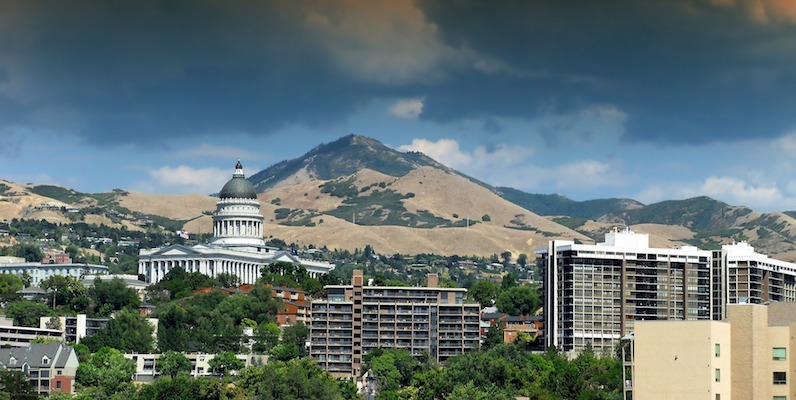 Outsiders to Salt Lake imagine my city as racially, culturally and politically homogeneous; they are both right and wrong. Salt Lake City is predominantly white, and its laws, physical layout and culture have been deeply shaped by Mormonism, a religion popularly characterized by its connection to the Republican Party as well as its early practice of polygamy.

And yet, it’s Mormonism that also makes Salt Lake so strangely appealing. Nineteenth-century cartoons published in the US of Mormons sometimes depicted them as, well, not quite white because of racist stereotypes about polygamy: only non-white, non-Christian “savages,” after all, take more than one wife, and this suspicion that Mormons are somehow far outside the Christian tradition lingered through the 2012 election and Romney’s failed presidential bid.

I’ve lived in Utah for 16 years now, and been struck by the ways the national narrative imagines Mormons as being somehow unlike other Americans, a perception that Mormons themselves appear to be aware of and struggle with, as they themselves have slowly tried to smooth away the deckle edges of their past—downplaying early Mormon leaders’ political interest in socialism, eschewing polygamy in all its forms, and historically whitewashing the Mormon community’s racial violence against the Shoshoni. All just to be seen, finally, as real Americans. As a mixed-race Asian American, I find some small part of my own history in the LDS narrative.

So Mormonism is, strangely, one of the reasons I like living in Salt Lake. And its impact on the local arts scene is, if invisible, quietly positive. If we think of the flourishing of culture as a response to some small but pervasive irritant, much like, say, the grit in an oyster, the LDS Church has made the pearl of Salt Lake its art and culture scene. Many artists mutter that we’re working in the shadow of a morally censorious monolith, and this has the ironic effect of making progressive subcultures more committed to their cause.

Here, there are printmaker and artist collectives and book arts programs, monthly gallery strolls and photography exhibits, and four local reading series that bring in writers like Colson Whitehead, Viet Thanh Nguyen, Safia Elhillo, and Hanif Abdurraqib. There are contemporary art museums, and free artist talks; there are collectives for artists of color, like Nopalera and We Are Here, which is also for LGBTQ artists; there is the Utah Humanities Council, which runs a state-wide book festival. There are four independent bookstores, one of which, The King’s English, is the required stop for every literary giant on tour.

We have a nationally renowned ballet company, an excellent symphony and opera, and four local acting companies, along with the Utah Shakespearean Festival. There is Sundance, which is a parking nightmare. There is Slamdance, which is not. There is Spy Hop for aspiring teenage filmmakers, and the Salt Lake Film Society, which runs three different international film series. There is 15 Bytes, an online arts magazine which features literary and visual artists.

And then there is the local music scene. It is absurdly good. It is weirdly good. There are cheap outdoor concert series like Twilight, which lets you hear artists like Cat Power, The Roots, Solange and Kamasi Washington for $10 each, and expensive ones like Red Butte, which features artists like Angelique Kidjo and the Culture Club for $50-100 a pop. And because musicians need to go to the bathroom somewhere between Denver and San Francisco, you can hear almost any national or international artist on tour you want.

All this, and (almost) no traffic.

If you’re a writer, it’s easy to find something to do. More importantly, it’s easy to find someone to help you do what you do. If there are six degrees of separation between writers elsewhere, it’s one degree here. Everyone knows everyone, which makes dating a nightmare but literary organizing a breeze. The state symbol of Utah is the beehive, meant to suggest industry, thrift and perseverance, and from my experience these qualities do mark the Mormon community, which prides itself on its work ethic; even Jack Mormons—those born into Mormon families but who themselves have left the Church—maintain shockingly good organizational habits and relationships compared to, say, group-averse northwest Gen Xers like myself. This, along with Utah’s various arts councils and organizations, means the wide and effective spreading of financial love.

According to a recent Salt Lake Tribune article, Salt Lake County is now 48.9 percent Mormon, and rising non-Mormon birth rates and a flood of millennials to the region is expected to rise. According to a Gallup survey released in 2015, Salt Lake’s LGBTQ population per capita ranks seventh among the top 50 metro areas, beating out Los Angeles, Denver and Chicago. That’s right: we beat out Los Angeles. With tech oligarchs increasingly drawn to Utah for its low taxes and and famous national parks, the Wasatch Front, which houses Salt Lake, has been renamed The Silicon Slopes. A spate of new bars and a shuttering of the state’s nonsensical club rules have allowed an air of hipster cosmopolitanism to seep into the city. We have 29 local distilleries and breweries and an alarming number of tattoo parlors. We just passed a state initiative legalizing medical marijuana. And don’t ask about the explosion of barber shops.

Salt Lake is a refugee city that’s friendly to immigrants, which means we have large populations of Southeast and East Asians, North and East Africans, and a growing Hispanic and Asian-Pacific Islander population. Salt Lake is much more racially diverse than Portland, Oregon (or Portland, Maine for that matter) and like both Portlands, Salt Lake is steadfastly, aggressively blue. We haven’t had a Republican mayor since 1974. Our current mayor, Jackie Biskupski, is an out lesbian who, in the wake of the 2016 election, committed Salt Lake to upholding the Paris Agreement.

But there’s a flip side to all these positives. Salt Lake City is diverse, but I-15 neatly divides the city, segregating its white and affluent east side from the working class and racially diverse west. The region has grown more cosmopolitan, with its movie stars and handlebar mustaches, but it’s still the only place I have ever heard the word “Jew” used as a verb. African American and Asian friends talk about how people occasionally shout things at them from their cars. (I’ll let you imagine what these things might be.) A gay friend who took public transportation to work posted often about the homophobic slurs he was treated to during his commute. He just moved back to Canada.

The rapid influx of millennials attracted by good jobs and the environment means that housing is at a premium, and the city has responded by pushing out shelters and low-income housing to build more condos. Salt Lake—once vaunted in the news as the town that ended homelessness—has a tent city that’s taken over two city blocks. Our beautiful ranges—so perfect for skiing—mean our valley is a bowl ringed by mountains, which traps air pollution and causes weeks of winter inversion, and turns our summers apocalyptic when smoke from fires across the west drift into our corridor.

Even our easy access to culture, and that ineffable regional cool we’ve cultivated, come at a cost. The Guardian recently profiled a group of “influencers” who, after bonding over our famous powder and their joint love of coconut water, bought a mountain near Ogden to build a technocrat commune that’s draining the city’s water supply.

That said, most people I know who have stayed have made a commitment, consciously or not, to fight one or more of these problems. We’re either air quality activists or anti-racism advocates or political organizers. We run for office. We start fundraisers. We work with refugees. If you come here to enjoy the arts, you’ll contribute to shaping a community.

Of course, you don’t have to do any of this. You can write books and walk in the mountains and drink your coconut water and be just fine. You can be that person. In which case, let me gently suggest you consider Boulder.

Paisley Rekdal is the author of ten books of poetry and nonfiction, including the forthcoming APPROPRIATE: A Provocation. A former recipient of Guggenheim and NEA fellowships, she is Distinguished Professor of English at the University of Utah and is the state’s poet laureate. She lives in Salt Lake City.

James Joyce's Dublin, a Microcosm of the World 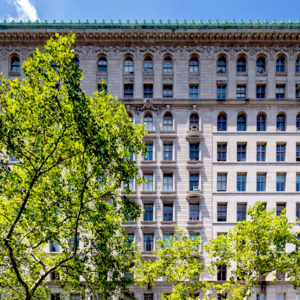 Gore Vidal had long acted as a combination border-guard and social arbiter in Rome. But with Pat Conroy’s star in ascendancy,...
© LitHub
Back to top