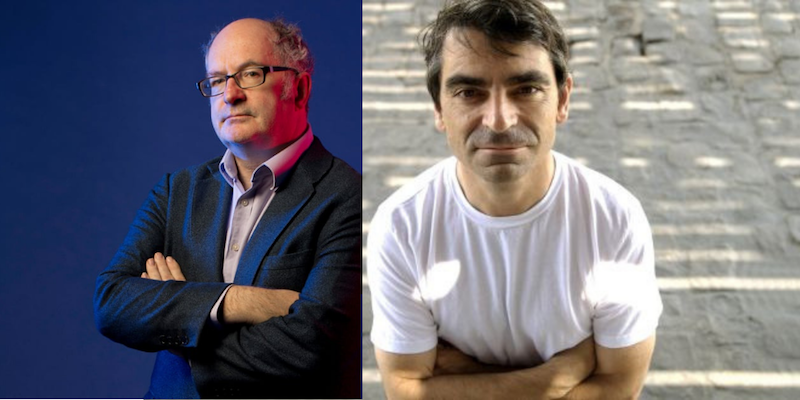 John Lanchester’s novel, The Wall, is available from W.W. Norton.

Joe O’Neill: None of your four previous novels particularly resembles its predecessors, and The Wall maintains this practice. Can you say something about what sort of formal ideas guide your fiction writing?

John Lanchester: I think of fiction as presenting a three-part question: what’s the story, who is telling the story, and how should the story be told? In other words I don’t see it as being about form on the one hand and content on the other, but this knot, or dialectic, or interplay. And for me, I can’t write a novel unless the three-part question feels new. I love the work of many writers who don’t do it like that, whose books have strong recognizable continuities of tone and content and so on, but when I sit down to write, the books just don’t come out like that.

Here’s another way of putting it: that I write novels about things which have a fascination that I can’t quite explain, a story that for some reason has got under my skin. Once the book is finished I can’t go back and recreate that feeling of strangeness and fascination—I’ve used it up. So I can’t do the same thing twice. I know that I might seem to be dodging your question about form, but what I’d say is that I don’t or can’t see formal questions as separate from the other kinds of problems you encounter in writing a novel.

JO: The Wall imagines a planet in which climate change has catastrophically altered the geophysical landscape, with consequences that are terrifying, all too plausible, and all too close to the nightmares that many of us are having. Are we doomed?

JL: No, that’s not what the science says. Not yet anyway. It may well be though that we are at the last moment when decisive action at scale can change the outcome, and keep the world to a level of warming that preserves human civilization in its current form. The big UN climate conference at Katowice in Poland said so: that we can hold global warming to 1.5 degrees Celsius, and by doing so avoid all sorts of catastrophic impacts that come from higher temperatures. But as the scientists also said, “every tenth of a degree matters,” and the time to act is now.

JO: Was your conception of the Wall—which is a coastal barrier rather than an inland one—influenced by the anti-barbarian fortifications of yesteryear? What about the “big, beautiful wall” that Trump has been touting for the last few years?

JL: Yes, it was. I have always been fascinated by border walls: Hadrian’s Wall, and the Great Wall of China, being the pre-eminent examples from world history. There’s something extraordinary about structures which attempt to delineate the limit of the civilized world, or which say that everyone on this side is one of Us and everyone on the other side is one of Them.

Hadrian’s Wall seems more and more remarkable now that we know many of the soldiers on it came from far-flung bits of the Roman empire, and must have had an overwhelming sense of being at the end of the universe, standing there staring into the middle distance of what is now Scotland.

As for Trump’s wall, I think he is deliberately drawing on the archetypal power that walls have. As he put it in Trump speak, “they say a wall is medieval—well, a wheel is older than a wall,” and then added “There are some things that work. A wheel works and a wall works.” On the question of fact, he is wrong by approximately 5,000 years, but he is trying to tap into that sense that we can all easily imagine an impassable wall.

JO: Which writing fed this novel?  As I was reading it, I connected it to Ishiguro’s recent work—Never Let Me Go in particular—and, a little to my surprise, Treasure Island. The Captain struck me as a descendant of Long John Silver and his mysterious wife of African descent.

JL: You know what, I hadn’t thought about Treasure Island, though it is a book I love—I deeply admire Stevenson and the unrivaled clarity and momentum of his prose. Never Let Me Go is a great book too, though I found it unbearably sad. My new thought, though, is that if you recognize an influence when you’re writing, you tend to take it out, on the theory that if it is obvious to you, it will be too obvious to the reader. It follows that the only real influences are unconscious ones. That’s my line this week, anyway.

JL: Not just Britannic, unfortunately, though it is certainly true that the island-nation version of insularity is by definition the most intense and deeply felt. We’re living in a great age of wall-building and barrier-raising and turning-inward, of fantasies about closing ourselves off from the world, of pulling up the drawbridge. In Britain, very much so, but in lots of other places too—from a world-historical point of view, it looks as if we are turning away from each other, or trying to. 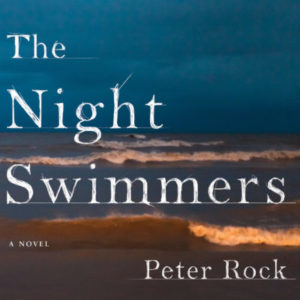 - 1 - To swim with another person—out in the open water at night, across a distance, without stopping—is like taking...
© LitHub
Back to top