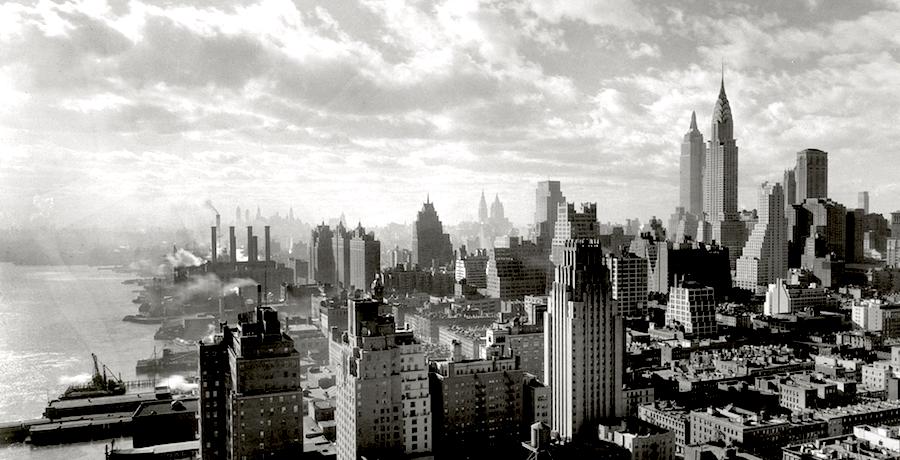 The Impossibility of Finding a Place to Write in New York

“How do you get any work done here?”

Like many young people who believe themselves unfit for the demands of real life, I moved to New York after college to become a writer. A guy I sort of knew had a room opening up in his Ridgewood, Queens apartment for $700 per month. I didn’t know where Ridgewood was, and the rent seemed steep—I was coming from St. Louis, where I paid $550 to share, with friends, a two-story suburban house—but I was assured that $700 was a steal. I was also assured that Ridgewood was, if not exactly desirable, then certainly pre-desirable. The place to be, give or take five years. There were rumors that a sitcom set in Ridgewood was in the works at Fox.

The guy and I had met one summer in high school at what can only be described as “poetry camp,” a week of reading and writing verse with other allergy-prone introverts at a Lutheran college in Pennsylvania. I almost didn’t recognize him when he met my bus at Hudson Yards. He was no longer the scrawny, beak-nosed poet I remembered. His shoulders were twice as broad and his biceps were testing the sleeves of his t-shirt. I couldn’t comprehend the transformation. Had he been lifting Norton anthologies?

“Are you still writing poetry?” I asked, dragging one of my duffel bags down the street.

He shouldered my second duffel easily. “Hell no,” he said. “I sell ads for Yelp.”

I was in no position to judge. I had taken my $200,000 undergraduate degree and moved to one of the world’s most expensive cities on the basis of an internship that paid less than the minimum wage—a humiliating if commonplace rite of passage for artsy millennials of privilege.

Eventually I found the perfect place—a persistently-empty used bookstore in Bushwick that seemed to operate outside the bounds of capitalism.

The room was much smaller than I’d anticipated. I could extend my arms and touch the walls on either side. The window, which was jammed in place and wouldn’t shut, overlooked a construction site. The tiny men below appeared to be digging a giant hole. Needless to say, there was no room for a writing desk. A squat wicker end table sat by the apartment door, but my roommate was using it to display a glass skull and a tub of creatine.

With no space to write in the apartment, I began the arduous process of finding a suitable café. The kind of place I had in mind would ideally meet three requirements:

1) Walking distance. The goal is to put physical (and mental) distance between you and your apartment while remaining close enough to walk home for lunch.

2) Low rent. By “rent” I mean the drinks and pastries you are obliged to purchase in exchange for taking up space. Some establishments demand, reasonably, that you spend some money if you’re going to hang around, but some will let you live there for the cost of a drip coffee.

There are other factors, to be sure, like the quality of the baked goods or, if you’re finnicky like me, the height of the chairs in relation to the height of the tables. (I like to tower over my laptop, as though my work is subservient to me, and not the other way around.) I auditioned a number of cafés near my apartment, but none satisfied my key requirements. Eventually I found the perfect place—a persistently-empty used bookstore in Bushwick that seemed to operate outside the bounds of capitalism—but the hours of operation were wildly inconsistent, requiring me to add a fourth requirement:

When I did manage to time out my visits with the bookstore owner’s unpredictable sleep schedule, I worked on a novel. The protagonist was an old woman in a small Massachusetts town beset by coyotes. After six months of writing I showed the manuscript-in-progress to a friend. She winced and said, “A short story, maybe. But a novel?”

It wasn’t a novel. I could see that now. On the plus side, a few weeks after the internship ended I landed myself an office job making $33,500, which was more money than I could conceive of spending. But after taxes, rent, utilities, my MetroCard, and the coffees I was obliged to buy at the used bookstore, I was coming to see how it was possible.

My girlfriend, who was back in St. Louis finishing her degree, visited Ridgewood one weekend in December. She had the flu and soon I did, too, and for some reason we decided to watch The Pianist on my laptop. We huddled together on my twin bed, noses running as a cold wind blew through the crack in the window, watching as Poland was slowly overtaken by the Nazis.

“How do you get any work done here?” she asked.

The Polish army was moving in on Adrien Brody, who, in an effort to keep warm, had donned the heavy green coat of a German soldier.

I wasn’t sure if by here she meant the apartment or New York in general. Even in Ridgewood, where the telltale signs of gentrification—small dogs, coworking spaces, people like me—were only just beginning to crop up, the economic and social pressures of the city made luxuries of time and space.

Rather than solve my problems for myself, I discovered, I could pass them off to my characters.

My novel wasn’t turning out to be a short story, either. I scrapped it and started work on a new project. The protagonist was a cash-strapped young woman who lived in Ridgewood in an apartment overlooking a giant hole. Rather than solve my problems for myself, I discovered, I could pass them off to my characters. My life seemed funnier, and somehow less pathetic, when refracted through a fictional entity. Still, I was losing valuable writing hours standing in the cold like Adrien Brody, waiting for the bookstore owner to wake up and open the shop. And I didn’t even have a heavy coat! The hole outside my bedroom window was growing larger by the day and had begun to take on metaphorical significance.

I dreamed of a quiet, private room to write in. After weeks of searching, I found one in Crown Heights, Brooklyn. The landlord had chopped up a townhouse, slapping padlocks on the doors and renting out the rooms as individual “studio apartments.” The rent was $850, but I would have my privacy. When I showed up with the rent and the realtor’s fee—a realtor had posted the room on Craigslist, and for this, I owed her $425—I was informed that there was nothing to sign.

“I don’t do leases,” the landlord said.

“He doesn’t,” the realtor assured me.

My new apartment resembled a boarding house. It was like something out of Balzac. The other tenants were aspiring artists of one kind or another. There was a set designer, a photographer, and a musician. A line cook lived out of a closet downstairs. The shared bathroom and kitchen were ruthlessly policed by our live-in super. He was a paranoiac, and believed one of the tenants was trying to poison his food. He put padlocks on the cabinets and refrigerator.

The house was continually under construction. Ceiling plaster often fell on my head, and the entryway was regularly blocked by wood beams or spare appliances. There was a leak in my bedroom ceiling and a colony of flying ants lived in the walls. In place of air conditioning I placed my desk fan atop a stack of hardcover books. A friend suggested I sell the books and use the proceeds to buy a window unit, but this seemed like a betrayal—of what, I’m not sure.

But the space! The ceilings were high and there was plenty of room to pace back and forth. I bought a sturdy wooden desk and set it by the bay window, which faced the street and drew in plenty of light. I was still writing about the young woman in Ridgewood, but she was no longer my sole focus. I gave her a brother, a father, and a deceased mother. Each character had his or her own discrete but intersecting storyline. Alongside scenes set in New York, I was writing chapters set in St. Louis, Boston, Paris, and Zimbabwe. The plot now spanned sixty years. The struggle to find work and make rent in Ridgewood was still a part of the manuscript, but it was no longer the whole story. The novel grew in scope and dimension.

I’m not sure where this influx of ambition came from, but it might have had something to do with the high ceilings, the sturdy desk, the windows, and the privacy. The apartment was not luxurious by any stretch—each morning I dusted the dead ants off my laptop—but in my room, at least, there was space for my ideas to stretch out.

At some point I mistakenly ordered a package to my old address in Ridgewood. When I went to pick it up, I was shocked to see just how small my room had been. It had the same dimensions as a coffin. The hole outside my window was no longer a hole, but the parking lot for an AutoZone. I wondered what had happened to that sitcom.

Charles Bukowski has a poem where he roundly dismisses the idea that good writing can only occur under ideal conditions. “Baby,” the final stanza reads, “air and light and time and space / have nothing to do with it / and don’t create anything / except maybe a longer life to find / new excuses / for.” Well, sure. Air and light and time and space are useless on their own. But they don’t hurt—and since when was I taking life advice from Bukowski? I didn’t even like Bukowski.

I told the paranoid super I was leaving. My girlfriend had moved to New York and we were going to move in together.

“You know, Drew,” he said, “sometimes in life you just got to move on. Is this a special lady?”

“She doesn’t mess around on you?”

“I’m happy for you, Drew,” he said. “You’re going to be alright. And if she ever does you wrong, you can always come back here. We’ll have a room waiting for you.”

Andrew Ridker was born in 1991. His writing has appeared in The New York Times Magazine, The Paris Review Daily, Guernica, Boston Review, The Believer, and St. Louis Magazine; and he is the editor of Privacy Policy: The Anthology of Surveillance Poetics. He is the recipient of an Iowa Arts Fellowship from the Iowa Writers’ Workshop. The Altruists is his first novel.

Why My Students Don't Call Themselves 'Southern' Writers 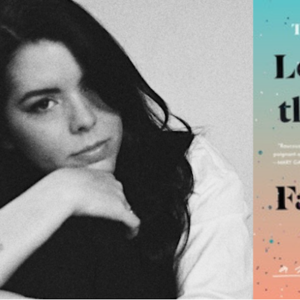 Reading Women is a weekly podcast where women discuss books by or about women. Each month features two episodes on the same...
© LitHub
Back to top