How ‘Creativity’ Became a Capitalist Buzzword

What do Shakespeare and WeWork Have in Common?

“Creative” and its variants are a versatile part of the vocabulary of contemporary capitalism, able to link imagination, aesthetic practice, and religious faith in the pursuit of private gain. The oldest word on creativity’s family tree is “creation,” whose first meaning was specifically Christian—the term for the divine genesis of the universe. One of the newest is the nominal form of creative, normally an adjective for an original thinker or idea. Creative is now also a count noun (think of the creatives who may be moving into your shrinking rust-belt city) and a mass noun (get creative on the horn, said account services to production). Many people would probably agree that creativity is an essential human trait, crucial to a happy life, though this noun is a relatively new coinage. An even more recent development is the notion that creativity is a trait of capitalist markets. And in the United States, the political phrase “job creators” borrows some of creation’s residual divine light to illuminate the benevolent fiat of the capitalist, who is thought to create jobs out of the formless void.

If creation has been divine, creativity is decidedly human. The most important conflict in the etymological history of “creative” is the struggle between its religious and secular meanings. Before the late 19th century, to the degree that people could participate in something called “creation,” it was only to approximate the purity of the original, capital-C Creation, rather than inaugurating their own. “There is nothing new under the sun,” Ecclesiastes reminded humans inclined to creative hubris. “The created cannot create,” (creatura no potest creare) added St. Augustine, insisting that such power resided only in God, and not in his creations. In the history of the word “creative,” there are actually two decisive rifts: this initial one between the divine and the human creation suggested here, and then, once creativity became a human trait, a division between its aesthetic and productive forms. We can roughly date this latter conflict to around 1875, the earliest example of the word “creativity” given in the OED, from an essay on Shakespeare’s singular brilliance.

Creativity was a work of imagination, rather than production, of artistry rather than labor. One of the consequences of this split between art and work has been to valorize creativity as the domain of an intuitive, singular, historically male genius. Productive creativity, meanwhile, is not art but labor, and thus rarely earns the title of creativity at all; this is the supposedly unimaginative labor of the manual worker or the farmer and the often feminized work of social reproduction. There are obvious class and gender prejudices at work here; coaxing a crop out of stubborn soil or preparing a family meal with limited ingredients are not typically seen as creative acts, whereas cooking a restaurant meal with the harvested crops often is. Other differences are rather arbitrary. Children’s play is not thought to be brilliant in the way Shakespeare is; it may, however, qualify as creative because it is appears (to adults, anyway) to be intuitive.

The widespread popularity of “creative” in economic discourse today suggests that this old breach between the imaginative and the productive has partly been closed. The idiosyncratic, eccentric, even oppositional posture of the creative artist is now an economic asset, chased by real-estate developers and promoted by self-help writers as comparable to the spirit of the entrepreneur. The popularity of “creativity” as an economic value in English can be traced to two major sources—Joseph Schumpeter, 20th-century economist and theorist of “creative destruction,” and Richard Florida, the University of Toronto scholar whose book, The Rise of the Creative Class, became one of the most celebrated and influential urban policy texts of the early 2000s. “The bourgeoisie cannot exist without constantly revolutionizing the instruments of production, and thereby the relations of production, and with them the whole relations of society,” wrote Marx and Engels in the Manifesto of the Communist Party. In his 1942 classic Capitalism, Socialism, and Democracy, Schumpeter agreed, up to a point. Schumpeter shared Marx’s sense of capitalism as a destructive and also transformative historical process, but he reframed Marx’s history of class struggle motivated by exploitation as an evolutionary process driven by visionary entrepreneurs. By opening new markets and breaking down old industrial processes, Schumpeter wrote, capitalism “incessantly revolutionizes the economic structure from within, incessantly destroying the old one, incessantly creating a new one.” This process is what Schumpeter called “creative destruction.”

“Creative” here refers to the work of forging new modes of production, new markets, and new products, but it also had a touch of artistry: the ingenuity, vision, and intuition to make things anew. Even so, creativity still belonged more to the artists’ studio than the corner office until the last half of the 20th century in the United States, when it came to describe a productive aspect of the psychology of individual workers. Sarah Brouillette has shown how much the familiar accoutrements of today’s progressive office culture—foosball tables, bright colors, and other perks ostensibly meant to cultivate employees’ creativity and loyalty—owe to the psychologist Abraham Maslow, famous for his 1943 theory of a “hierarchy of human needs.” Maslow, Brouillette writes, “began imagining all business culture as an outlet for and source of workers’ enterprising individual self-fulfillment.” Florida’s notion of “artistic creativity,” which he regards as integrated with other varieties (economic and technological) is based on the presumption that “art” equals “self-expression,” a historically specific assumption which, like “creativity” itself, is mistaken for a universal and timeless idea.

Indeed, it is this particularly modernist understanding of artistic work as solitary and idiosyncratic, oriented towards the expression of the artist’s unique self, that also came to suit US geopolitical interests in the Cold War, as many scholars of US and Latin American modernism have shown. Rob Pope, in his history of creativity, includes two other examples of creativity’s Cold War deployments. The US psychologist Carl Rogers argued that a prosperous nation like the United States needed “freely creative original thinkers,” not ladder-climbing conformists. If the grey Soviet system encouraged the latter, the multi-colored capitalism of the United States required creative free thinkers. It is this perceived cultural strength, not just newer and better weapons, that will beat Communism, J.P. Guilford argued in 1959.

The idiosyncratic, eccentric, even oppositional posture of the creative artist is now an economic asset.

Florida believes strongly in the naturalness and timelessness of this relatively new idea, creativity; he describes it as “what sets us apart from all other species.” Florida elevates creative capitalists from a social type, which they remain in Schumpeter’s theory of the entrepreneur, to a social class, one that Florida estimates as constituting a third of the American working population. Its members include scientists and engineers, architects and artists, musicians and teachers—anyone, in short, “whose economic function is to create new ideas, new technology, and new creative content.” The creative class shares certain tastes and preferences, like nonconformity, an appreciation for merit, a desire for social diversity, and an appetite for “serendipity,” the chance encounter facilitated by urban life.

A taste for city life, in fact, is one of the creative class’s most treasured preferences, and Florida’s ideas promised to leverage these to repopulate declining urban centers without significant public expenditure on social welfare or infrastructure. Politicians in various postindustrial cities in the global north became eager customers of the consultancy spawned by the success of The Rise of The Creative Class. We will find in Florida’s account scarcely a trace of the breach that Williams described between imaginative and productive creativity. Creativity, Florida writes, is the “font from which new technologies, new industries, new wealth, and all other good economic things flow.” Art, music, and gay-friendliness are no longer independent values of their own, but rather values dependent on their appeal to high-wage knowledge workers.

Why creativity now? Jamie Peck, one of Florida’s most unsparing critics, argues that from the 1970s, deindustrializing cities were faced with a dearth of available economic development options. They began competing with one another not only for increasingly mobile jobs, but for places in a consumer economy in which cities became commodities themselves. Abandoning comprehensive urban planning, city governments focused instead on what Peck calls “urban fragments” with potential in this consumer market—single districts with marketable appeal due to their theaters or arenas, historic architecture, proximity to job-rich downtowns, or some other marketable feature. (Often, these urban fragments become the sort of generic, purpose-built developments the suburban-born creatives were supposedly fleeing, like the new creative-class Potemkin village north of downtown Detroit with the odd name The District Detroit, an ode to urbanity that only a marketer could love, or even understand.) The creative city becomes a place where a mobile middle class can participate in this consumer economy as workers and residents. Since there is a broad affinity between one’s economic and imaginative activity in the Floridian regime of creativity, you “live, work, and play,” in the familiar liturgy of bourgeois urban life, as an economic subject at all hours. Even artistic activity that might have once appeared oppositional or radical—Florida claims to be a big fan of rap music—merely buttresses the “creative index” of the city (a metric he developed).

“Whereas classical liberal doxa assumes that what we are and what we own must not be confused,” writes Brouillette, neoliberals favor a “union of economic rationality and authenticity, this perfect marriage between the bohemian and what had been her bourgeois other.” The extra-economic values of the artist and the priorities of the market are no longer treated as autonomous, much less antagonistic, but harmonious. As Brouillette emphasizes, however, it would be a mistake to read the rise of the creative class as a colonization of the once-pure realms of the artistic imagination by the market. The rise of the so-called creative class is not a heroes-and-villains plot of businessmen corrupting creativity. This would be far too flattering to artists and writers, who are hardly innocent bystanders. Rather, the business world has valorized unexamined ideas of what “artistry” means and turned an individualistic, class-bound idea of “the artist” towards market goals. These meanings of artistry have evolved over the years in complex ways, but the one that circulates in the economic use of creativity dates to the origins of the word “creativity” in the late 19th century. Then, as Gustavus Stadler has shown, creativity was closely aligned with 19th-century ideas of “genius” and “inspiration,” which were seen as the fruit of an “irreducible originality,” rather than a social process. As the cult of the entrepreneur shows, this fantasy of irreducible originality is still with us. Sometimes, there really is nothing new under the sun. 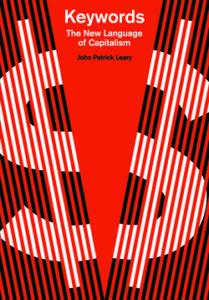 From Keywords: The New Language of Capitalism. Used with the permission of Haymarket Books. Copyright © 2019 by John Patrick Leary.

John Patrick Leary is an associate professor of English at Wayne State University.

I Blame My First Marriage on Jane Austen 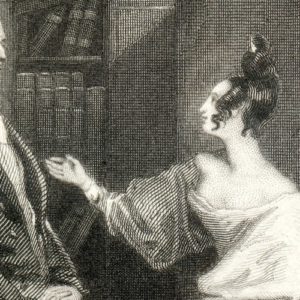 I Blame My First Marriage on Jane Austen

I blame my first marriage on Jane Austen. Elizabeth Bennet married for gratitude and esteem, and these were exactly the feelings...
© LitHub
Back to top
Loading Comments...