TODAY: In 1855, Walt Whitman’s Leaves of Grass is published.

David A. Taylor on how the government supported the arts during the (first) Great Depression • Missing the drama of sports? James Tate Hill has some audiobook recommendations to fill the competitive void • Heather Lende on running for office in Haines, Alaska, population: 2,500 • Filmmaker Sara Fattahi talks to Pamela Cohn about telling the stories of war from a woman’s perspective • Emily Owens on banners, thanks-giving, and grief • For the continuing beautification of your isolation bookshelves, we turn to the best book covers of June •  Petru Popescu on living through polio and coronavirus • In praise of the dream-logic of speculative fiction • Shayla Lawson on the colonization of poetry • Shannon Reed recalls the lowest moment of her teaching career • The universe has signed off on this month’s astrological book recommendations • Eric Holthaus on the inequalities at the heart of the climate crisis • On the kinship between poets and mathematicians • In search of the open-armed America of 1975 • Writing advice from Nabokov • “Jaboozie Turns Me On to Deep Cuts.” A prose poem by Eric Gansworth for the Fourth of July • Revisiting John Hersey’s groundbreaking “Hiroshima” • Beverly Gray on The Graduate author Charles Webb’s unexpected life of charity • At long last, it’s time to move past the myth of the clutch swing voter • “Three Liberties: Past, Present, Yet to Come”: A poem by Julia Alvarez

Sarah Neilson recommends 13 of the most anticipated books by indigenous authors for the second half of 2020 • Moby-Dick, The Golden Notebook, The Call of the Wild, and more rapid-fire book recs from Andrew Martin • “She looked like the great-grandmother of every whore in the world”: in honor of James M. Cain’s 128th birthday this week, here’s a 1934 review of The Postman Always Rings Twice • New titles from J. Courtney Sullivan, Sophie Mackintosh, Kevin Kwan, Silvia Moreno-Garcia, and more all feature among the Best Reviewed Books of the Week

Olivia Rutigliano on punishment, fate and redemption in the greatest summer film of all time • Sulari Gentill on how crime fiction trains us for crisis • Neil Nyren revisits the dark, poetic crime fiction and iconic detectives of P.D. James • Lizzy Steiner has all the true crime podcasts you need to listen to this summer • Lydia Kang uses historical fiction to journey into medicine’s long, messy past • Katherine St. John recommends all the bad vacation thrillers you need to feel better about being stuck at home • Leah Konen discovers the women authors behind Hitchcock’s masterpieces • Kit Frick on the rise of the true crime podcast novel • 10 new crime books coming out this week • Sarah Hilary knows that Patricia Highsmith is preying on our minds 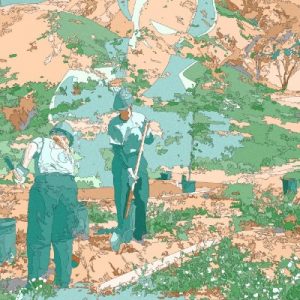