Nyle Fort Corresponds with His Nephew

I never told you how we met. On May 11, 2008, as the sun scaled the sky, a New Jersey transit train smashed into my big brother at 80 miles per hour. We don’t know what made him run across the tracks. We just know he’d drank a bottle of Hennessy on his way to the halfway house where he was living at the time. Luckily, Chad survived. But his body took a beating.

Your mom was on nurse duty the day the doctors amputated his left leg. My other brother bumped into her outside the emergency room. They hadn’t seen each other since high school, where they went from sweethearts to bittersweet. But it only took them a few minutes to settle the score.

You were 14 then, when we found out you were my nephew. I can’t believe it’s been 12 years.

I was anxious the first time I visited you in jail. What could I say to comfort you? How could I explain, in 30 minutes, that your 10-year sentence testified to centuries of racial bondage? I didn’t want to lecture you, but I wanted you to know that the system didn’t fail you. It’s rigged against you. I wanted you to see how your choices are shaped by what Saidiya Hartman calls a “political arithmetic” that multiplies the chance you’ll end up dead or in prison. I wanted you to understand that your inmate number marks our government’s criminal history, not yours. More than anything, I wanted you to know that I love you.

We ended up rapping about Pusha T vs. Drake and how cold your cell gets at night. I loved seeing your face. I hated that I had to see it through plexiglass.

The city of Newark established Union County Jail in 1811. According to the facility’s website, white authorities used the courthouse basement to “hold runaway slaves, beggars and the insane.” Some inmates were under ten years old. Between the year black people were declared legally free and when W.E.B. Du Bois penned The Study of the Negro Problems, jailers there hanged four prisoners.

Meanwhile, European settlers were battling for political power, stealing Indigenous land, and struggling to keep rebellious slaves in their place. Your neighborhood, where my mom went to high school and your father learned to hustle, was once home to the Lenni-Lenape Indians and later a middle class Jewish community that raised the famous novelist Philip Roth.

So much and so little has changed since then. We’ve had a black mayor for the last 50 years. All nine city council members are people of color. Six of the nine school board officials are black. Even downtown, which features a new Whole Foods and a Prudential headquarters building, smells like incense and Muslim oils.

Don’t take my word for it. Just walk down the number blocks, see who’s standing in line outside the welfare office, pay attention to who travels and who sleeps at Penn Station, and notice the complexion of the families in the visiting room at Northern State Prison. Then visit Port Newark and watch who gets the good jobs. Then drive down Market Street after a Devils game or before a K-Pop concert, and notice who the police are there to protect.

Then peruse the city budget and let the money talk. Listen to who gets tax breaks and who gets motivational speeches. Ask yourself what it means for the mayor, son of the late activist and poet Amiri Baraka, to march with protestors one day and kneel with cops the other.

You know better than I do about the limits of reforms from politicians, black and otherwise, however well intentioned. It may get you a slightly bigger cell, more time on the yard, better books in the library, and a job that pays $3 instead of .87 cents per hour. But none of that addresses the forces that stand between the outside world and you. Your cell is just as locked. The basketball court is still wrapped in barbed wire. Your gig is still a form of legalized slave labor. Please, don’t get me wrong. I’m glad you have a tablet to send emails and listen to music. I’m happy you can watch TMZ after lunch. I’ll never stop sending you money to buy power-up deodorant and sour cream and onion chips. But, ███, I don’t want you there at all. I want you home, where you’re loved and where you belong.

Trauma has a way of bringing us together and keeping us apart. Sometimes at the same time.

I’m writing this letter beside my favorite window. The air is brisk. Ambulances have been hauling potential coronavirus victims since dawn. Hanging above me is a Life magazine I bought from a black-owned artist collective a few months ago. The cover depicts a wounded 12-year-old Joe Bass, who local police shot in July of 1967. The summer Newark exploded.

The rebellion responded to a menacing experience for Americans like you and me: a minor traffic stop. Police assaulted and arrested a black cab-driver. Residents of Hayes Homes saw the incident and headed down 17th Avenue toward the Fourth Police Precinct. Officers draped in full riot gear met the unruly crowd with pistols and billy clubs. A five-day battle ensued. Twenty-six people died. And over 700 were injured. 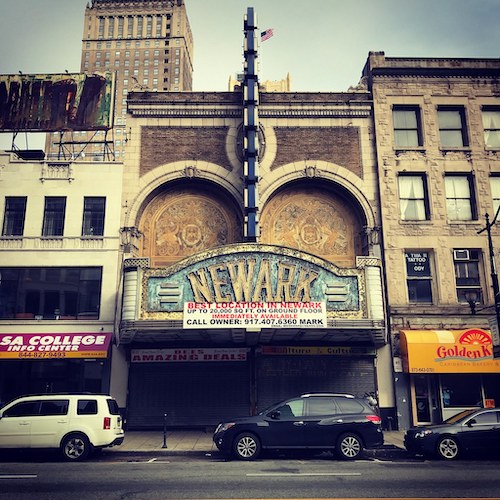 Present-day Newark, not far from where Joe Bass was shot. Photo by Bart Solenthaler.

The uprising caused nearly $10 million in damages, $80 million in today’s dollars. The city has yet to fully recover. Even as development penetrates downtown, you can still see abandoned lots that were once bustling streets.

I used to go back-to-school shopping not far from where little Joe’s wounded body lay over 50 years ago. Back when Avirex jackets and Sean John velour were hot. I wanted to be like your father. He was flossy and intelligent. He was also angry. I remember when he ran away from home. He must’ve been 16 or 17 years old. He and my father were scuffling on the second floor banister. I don’t know what or who started the fight, but I know that your father’s anger had nothing to do with my father and everything to do with his. He was ashamed of the way AIDS had begun to eat away at the man who brought him into the world. And he was ashamed we didn’t have enough money to buy nice clothes or order from certain parts of the menu or travel beyond the Jersey Shore.

The next time I saw him he could afford much more than the nice clothes, including the CLK-Class Mercedes Benz he pulled into the driveway. That day he bought me two pairs of Timbs and a Tommy Hilfiger t-shirt. It was one of the happiest days of my life.

Trauma has a way of bringing us together and keeping us apart. Sometimes at the same time.

I haven’t seen your face since the beginning of March. The week quarantine orders were put in place. Now we can only talk over the phone. Still, our conversations always make my day. Me hiking on your hairline. You hating on my clothes. Me asking you what you’re reading and if anyone is bothering you. You assuring me that everything is all good. Me reminding you that you are loved. You responding, “I love you, too.”

I’ve missed your last three calls. I can’t call you back. You can’t leave me a voicemail. GlobalTel Link leaves one on your behalf. The corporation controls half of the $1.2 billion prison telecommunications industry. It’s a fraudulent enterprise that not only takes our money. It robs us of tenderness. No “call me back.” No “I love you.” No laughs, no tears. Just an automated voice notifying me that the call is being recorded.

The last time we talked I asked you about the protests. You said you were proud. I could hear it in your voice. I’m proud, too. But, can I be honest? I’m also terrified. No empire falls without a fight. Ask Haiti or Cuba or Algeria. But if there’s ever a time to slay Goliath, the time is now. And I’m talking about much more than defunding the police and toppling racist statues. I’m talking about dismantling a society that thinks it needs police, or prisons, or war, or guns, or borders, or fossil fuels, or private property, or the lie that some of God’s children matter more than others.

I’m talking about building the New Ark, from whence our city bears its name. Not just an exclusive vessel to withstand a storm. But a new way of journeying together.

Love, and I hope to hear from you soon:

Nyle Fort is a minister, activist, and Ph.D. candidate at Princeton University. He lives in Newark, New Jersey.

To Poets of Color Whose Work Has Been Called 'Healing' 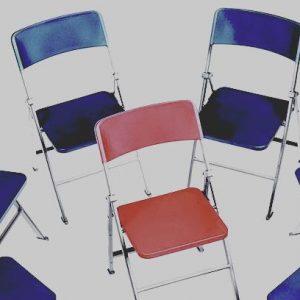 To Poets of Color Whose Work Has Been Called 'Healing' Poetry is still the primary genre through which young people are introduced to writers of color. This is no accident; this...
© LitHub
Back to top
Loading Comments...