Let’s Move Past the Myth of the Clutch Swing Voter

Each transient political triumph of our lifetimes has involved some seemingly critical group of swing voters, who are issued a catchy moniker by political reporters. In the 1980s it was Reagan Democrats, former liberals who were more or less permanently transformed by the rise of Ronald Reagan. In the early 2000s it was the so-called “soccer moms” or “security moms” who voted for Bush and the Republicans.

In each case, the key to victory for one party or the other was alleged to be some discrete sliver of the electorate that flipped in between electoral cycles. For the Republicans today, this is the much-discussed “Obama-Trump voter,” those who cast their ballots for Barack Obama in 2012 but Donald Trump in 2016. The Democratic capture of the House of Representatives in 2018 was dependent in some particularly competitive districts on winning some of these Obama-Trump voters back.

The coming realignment of American politics I envision doesn’t depend on soccer dads or Trump Democrats. If current demographic trends hold, national elections will seldom be decided by some sexy microgroup of voters who seem to gravitate en masse from one party to another between elections. It is grounded in a great, multifaceted generational transformation, one that is slowly but ineluctably shrinking the country’s white population and growing its share of nonwhites.

It is related to an ongoing national decline in religiosity and the gradual but discernible increases in share of Americans getting a college degree. This transformation shows no particular signs of being influenced by temporary political reversals or events. And young people are its driver.

I should hope by now that it is indisputable that young people have been voting sharply Democratic since the early 2000s, and that the original cohorts of lefty youth have now thoroughly conquered the 30 to 44 voting demographic and tilted it decisively toward Team Blue.

The idea that young liberals turn into old conservatives is an anecdote-driven myth.

Let’s recap for a second before plunging you into more data. America is deeply polarized and has been characterized by very close presidential and congressional elections for 30 years—the entire political consciousness of probably half of the Americans alive today. But since the turn of this new century, the emergence of a center-left majority has been prevented only by a combination of US institutional design oddities like the Electoral College and deliberate Republican rat-fucking at every single level of government, perpetrated in general by the ten worst human beings in every graduating class.

Our close divisions have only made us hate one another more, and that emotionally driven polarization has been accompanied by the slow drift of the parties away from one another ideologically. Yet underneath this placid surface of stalemate, a tsunami is building which could reorient American politics for decades—the steady leftward movement of the country’s youngest voters, and the emergence of a now-30-year-long bloc of heavily Democratic voters.

Political science suggests that the voting patterns, ideological beliefs and partisan attachments of voters are set in early adulthood, and there is little hope for Republicans to stage a comeback with these same people 20 or 30 years from now. The idea that young liberals turn into old conservatives is an anecdote-driven myth. And unless the GOP turns around its fortunes with the next few cohorts of incoming 18-year-old voters or tears democracy down in an effort to prevent the inevitable, Republicans are good and screwed.

This all leaves us, though, with the question of why. What has moved young voters to the left so decisively? The answer is a complicated mix. It involves both massive demographic and behavioral transformation as well as what are the increasingly plain and negative consequences of Republican policy-making and cultural attitudes.

The good news for Republicans is that they could probably arrest their losses with new voting cohorts if the party could find the will to change. The bad news is that the country’s demographic shift is permanent and irreversible without the commission of war crimes against America’s own citizens. In other words, some of this is already well out of the hands of Republican elites. But let’s start with policy.

While casual observers of politics tend to overestimate the importance particular policies to voters, that doesn’t mean that the stances of political parties on major national issues are meaningless. In The Great Alignment, Alan Abramowitz argued that, over time, individuals have sorted themselves into the political party that best fits their underlying beliefs, and that Democrats agree with other Democrats across a wide variety of issue areas, including racial justice, the role of the state in the national economy, and more.

Likewise for Republicans. If you are pro-life, you are also now overwhelmingly likely to express support for tax cuts and deregulation and opposition to gun control measures. These sets of issues bear no intrinsic ideological relationship to one another—some are cultural, and some are related to the size and scope of the social welfare state. But as Abramowitz notes, the attitudes of Democrats and Republicans on these disparate issues are

statistically correlated much more so than in the past. Once they get out of the house and into college or their first jobs, young voters have their first opportunity to look at the political world without the influence of their parents.

“It is clear that opinions on these types of issues are increasingly likely to reinforce one another,” he writes. Some of this could be related to geographic sorting, and some of it could simply be the influence of party elites on mass opinion. Whatever the case, there aren’t many pro-life, pro-gun, anti-tax Democrats left in the party’s big tent, and there are precious few pro-immigration, pro-Medicare for All, anti-Second Amendment voters left in the Republican fold.

Millennials and Zers were born into the hyperpartisan world forged by their parents and grandparents. And for the most part, they are choosing to identify with and vote for the party that best represents their policy preferences. For sure, they may have largely inherited those preferences from their parents, but in a highly polarized and closely divided electorate, and in a world in which members of these generations are mostly dating, marrying, socializing with, and living near co-partisans, both by choice and by geographic necessity, we should not be surprised to see young people fitting policy desires and party loyalty together neatly.

More importantly, the two-party system on offer to these young Americans is characterized by wild differences on important matters of public policy. While you still get the stray malcontent claiming that Democrats and Republicans are indistinguishable—“tweedle dee” and “tweedle dum”—it is a much more difficult argument to make persuasively in today’s climate.

Voters can feel the dramatic ideological difference between someone like Paul Ryan, who favors rolling the size of American government back to what it was in the 19th century, and Bernie Sanders, who wants an enormous expansion of the states’ roles in the economy and in society.

Particularly once they get out of the house and into college or their first jobs, young voters have their first opportunity to look at the political world without the influence of their parents. And what these young Americans have been telling pollsters, for a very long time now, is that on nearly all pertinent issues of American public policy, they either agree with Democrats by very wide margins, or they are to the left of both parties.

This goes for economic issues, like the healthcare system, foreign policy issues like American interventionism, and cultural issues like abortion and same-sex marriage. Millennials and Zers are, by orders of magnitude, the most left-wing generations ever. 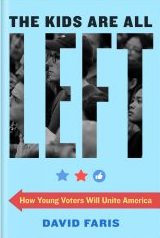 Excerpted from The Kids Are All Left. Courtesy of Melville House. Copyright © 2020 by David Faris.

David Faris is the author of It’s Time To Fight Dirty and Dissent and Revolution in a Digital Age. He is a regular contributor to The Week and an associate professor of political science at Roosevelt University in Chicago.

The New Yorker Article Heard Round the World 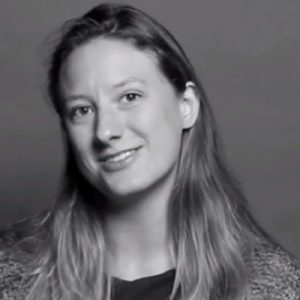 This week on The Maris Review, Alexandra Petri joins Maris Kreizman to discuss her essay collection, Nothing Is Wrong and Here...
© LitHub
Back to top
Loading Comments...