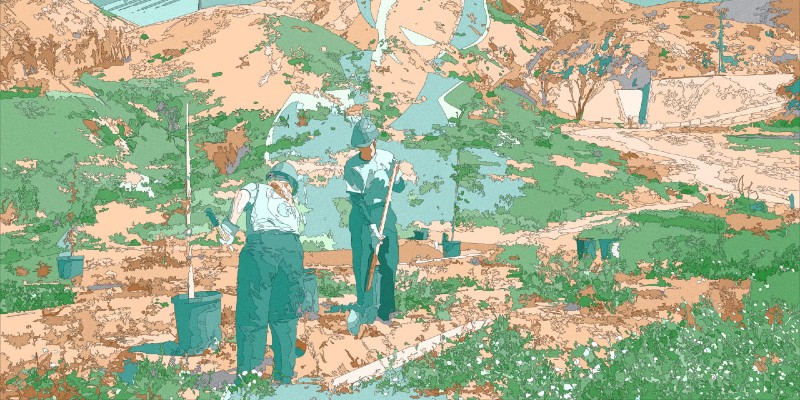 On today’s episode, Pavlina R. Tcherneva, professor and author of The Case for a Job Guarantee, discusses the other epidemic.

Pavlina R. Tcherneva: The idea is that the state has the responsibility to provide, at a minimum, a universal basic job, and there are many reasons for this. We have the same diagnosis that unemployment is pervasive and, yes, technology automate some jobs. Globalization costs some jobs, but the difference between my proposal and that of some of the UBI advocates is that I think that unemployment is not inevitable. In fact, we can create jobs even as some old jobs are being automated away. There is plenty to do, and people need jobs. They don’t just need income for many, many reasons.

Andrew Keen: Some economists argue, both conservative and radical, that labor is the thing that defines us in human terms. The economist who most comes to mind here is Marx. What’s so special, Pavlina, about work, about labor? Why should we care about making sure that everyone can work? It’s more than just economics, isn’t it?

Pavlina R. Tcherneva: That is right. I think it’s important to get the economics right first and basically to point out that it’s not just labor. We work for ourselves in very many ways, right? We care for each other. We attend to each other’s needs. So everything about life takes work. It’s just the modern world. Most of that work is paid work and it’s provided through the private sector, but we know that the private market does not create enough jobs for all. So what we’ve got is a system of guaranteed unemployment, and it’s a very inferior macroeconomic system to neglect and constantly maintain a proportion of the population in joblessness. What we know from not just surveys, but also from looking at the costs of unemployment, is that people value what they do and they would like to be recognized for their work. They would like to work in dignified conditions with good pay and to participate in one way or another in this economy. So, yes, there is the dignity of work. There is the social aspect of work, and we are just social creatures. We relate to each other on many different levels.

The places of work are one place where we can we can connect and contribute, and so the idea here is that we want to democratize some of these workplaces, that we want to make work not so precarious and so unsafe for many and just provide a very basic living floor for all jobs. The job guarantees the public option. That is the missing option for those who are knocking on doors but are not getting jobs that are regularly laid off first, hired last, and it’s just better money spent in a well, in a way, than maintaining unemployment.

Andrew Keen: In the age of the coronavirus, you very literally present unemployment as an epidemic. Is there something viral about unemployment? Is it a disease? Is it a condition that’s killing us off?

Pavlina R. Tcherneva: In some ways, yes, actually, it is. It’s not hyperbole. The research out of public health says that there is a very strong correlation between unemployment and suicide rates and mortality. There are several ways in which we can think about unemployment. Just looking at it from the bird’s eye view, from the macroeconomic picture is the way that it behaves is very much the way a virus spreads through a community. So when there is a loss of jobs in one area or there are mass layoffs either because of financial crises or because of Covid-19, that creates a shock in purchasing power. People just do not spend into the economy anymore. So there is a loss of income and that ripples through the community and other neighboring communities, depriving others of sales and their own jobs.

There is this very inherent nature in which it just kind of ripples through the economy, and when the economy recovers very slowly, we kind of heal these regions by creating jobs. We never really heal all of the distressed areas. So that’s one aspect of the epidemic. The second aspect of the cost is that we know that unemployment inflicts large costs on on individuals, on their families and their children as well. A lot of those costs are non-pecuniary, whether it is the isolation that unemployment brings and deprives us of our social capital. … There are public health costs. There are social costs. There are political costs, political instability, and economic costs. So yes, I think it is useful to think about unemployment as something that needs to be prevented, if you will, and the job guarantee does that.

Ottessa Moshfegh: The Strange Responsibility of Holding Death in Your Hands 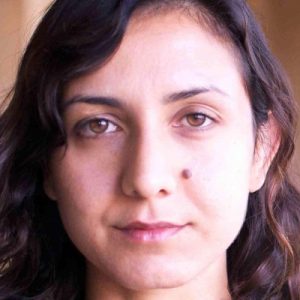 Ottessa Moshfegh: The Strange Responsibility of Holding Death in Your Hands

The author of My Year of Rest and Relaxation, Homesick for Another World, and Eileen, joins Books & Books' events coordinator,...
© LitHub
Back to top