Everybody loves a bad guy: 40 of our favorite literary villains • How too much research can ruin your novel: Nick Dybek discovers one too many details • From Norwegian icons to mysterious Mennonites, 5 books you may have overlooked in May • Jackpot! Eight recent rare book finds in the wild, from early Bat Man to Thomas Paine • In praise of an afternoon at the movies: Donna Masini on the pleasures of an empty cinema • Lydia Millet really likes going to your open house: on the pleasures of voyeurism in the real estate game • Wait, Gabriel García Márquez lived here? On discovering a literary icon once lived in your apartment • Crystal Hana Kim visits the Korean DMZ, and looks northward for answers • Oren Harman searches for dark matter at the beginning of the universe • 5 writers, 7 questions, no wrong answers: Tommy Orange, Aja Gabel, and more • Life in the aftermath: Elissa Altman on compassion and loss • Stephen King wields prolific mastery over many genres, and yet the word “literary” still eludes him… • Elizabeth Rush on how Hurricane Sandy turned regular people toward radical environmentalism • Joseph O’Neill doesn’t like writing, and other questions honestly answered • For the World Cup: 32 teams, 32 books you should read • Sayaka Murata on what it’s like to (literally) fall in love with a convenience store • What to expect when you’re expecting… your first book (Sorry) • Porochista Khakpour on living with the body • For Father’s Day: Harmony Holiday hears the sound of black voices and recalls her father; Kristopher Jansma on having a new book and a new baby at the same time; Susan Shapiro comes to terms with a father who disapproved of her writing; What happens when your dad reads the book you wrote about him?; Meghan MacLean Weir on growing up as the preacher’s daughter; photographs of 13 famous writers and their dads

To mark the ninety-second anniversary of the first meeting of fantasy titans C. S. Lewis and J.R.R. Tolkien, we took a look back through the archives to see what Lewis, W. H. Auden, & Edmund Wilson wrote about The Lord of the Rings • Days of Awe author A.M. Holmes spoke to Jane Ciabattari about 5 inspiring short story collections • Writer and critic Heather Scott Partington on gender-shifting novels and book twitter’s hype-machine • Alexandra Kleeman on Kathy Acker’s mind-bending saga, Dwight Garner on Tommy Orange’s sweeping debut, and more Book Reviews You Need to Read This Week • New titles by Porochista Khakpour, Seymour Hersh, Chelsea Hodson, and more all feature among our Best Reviewed Books of the Week

Bookseller Thomas Wickersham on Anthony Bourdain’s love affair with crime fiction • Jennifer Hillier recommends 8 crime novels of women starting over, and looks at crime fiction as a safe space to imagine change • Tap in to the mysteries of the natural world with James McLaughlin’s list of 9 outdoor thrillers • Liz Nugent on how growing up in 1980s Ireland inspired her to write feminist crime fiction • Appalachian poachers, doomed honeymoons, and synesthesia: 9 of June’s best debut crime novels • Mark Haskell Smith on essential reading for the fugitive, from army handbooks to Proust • One crime novel for every country in the world cup •  How an IRS agent took on the world’s soccer mafia, and won • Laurie R. King looks at historical crime fiction as both an escape and a mirror • Ron Stallworth on taking down the Colorado KKK and confronting racism in his own department at the same time • Jenni L. Walsh looks at tough women in American history on both sides of the law • Oscar de Muriel explores how crime and theater influenced Bram Stoker’s Dracula • 8 of the worst fathers in modern suspense (because there are a lot of great dads, but not in crime fiction)
Lit Hub Daily
Share: 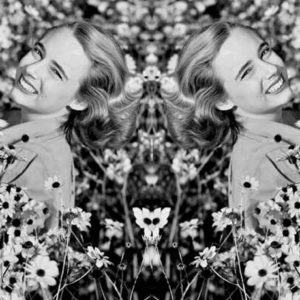 FATHER’S DAY IS UPON US: Harmony Holiday hears the sound of black voices and recalls her father · Kristopher Jansma...
© LitHub
Back to top